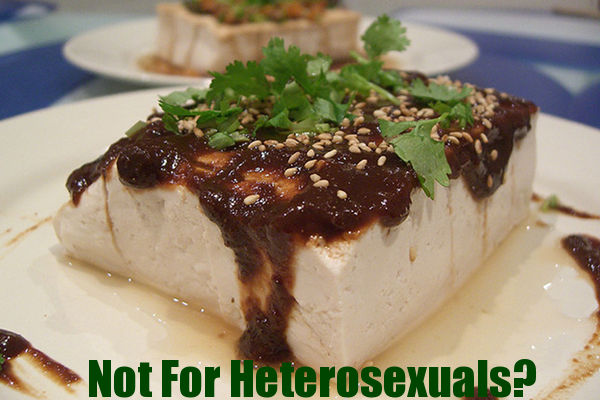 Have you ever said something unabashedly offensive and homophobic to win an ad contest for a company whose product is environmentally disastrous and cruel? No? Well, then you are most likely not the comedic geniuses at the German ad agency Scholz & Friends.

The company released an ad that features a steak branded with the words ‘Tofu ist schwules fleisch’ which translates into the elegant phrase “Tofu is gay meat.”

The Ad was hosted by the Art Directors Club website after it won a silver in the competition it was designed for.

The ad has been public since 2009 without incident but has sparked major controversy last week, thanks to social media.

The designers have apologized saying that,” “We would not do that today, and regret that the feelings of homosexual people were hurt.”

The problem with the ad isn’t solely its homophobia (which incidentally wouldn’t have been okay in 1989, let alone as recent as 2009). No, the real issue is that it is the cheapest form of pandering imaginable; it relies on an old stand by that is as clichéd as it is wrong. The belief that there are masculine and feminine foods and that vegetarians/vegans are inherently less manly than the population that’s consuming steak.

This view is sexist, cheap, and just ridiculous. Refusing to eat something that causes heart disease and other illnesses isn’t feminine, it’s just informed. If you’d like to debate this, maybe you should speak with professional MMA fighters Mac Danzig and Jon Fitch who both eat an all vegan diet.