Someone Cut This Puppy’s Ears Off and Left Him Suffering in an Empty Lot – Demand Justice Now! 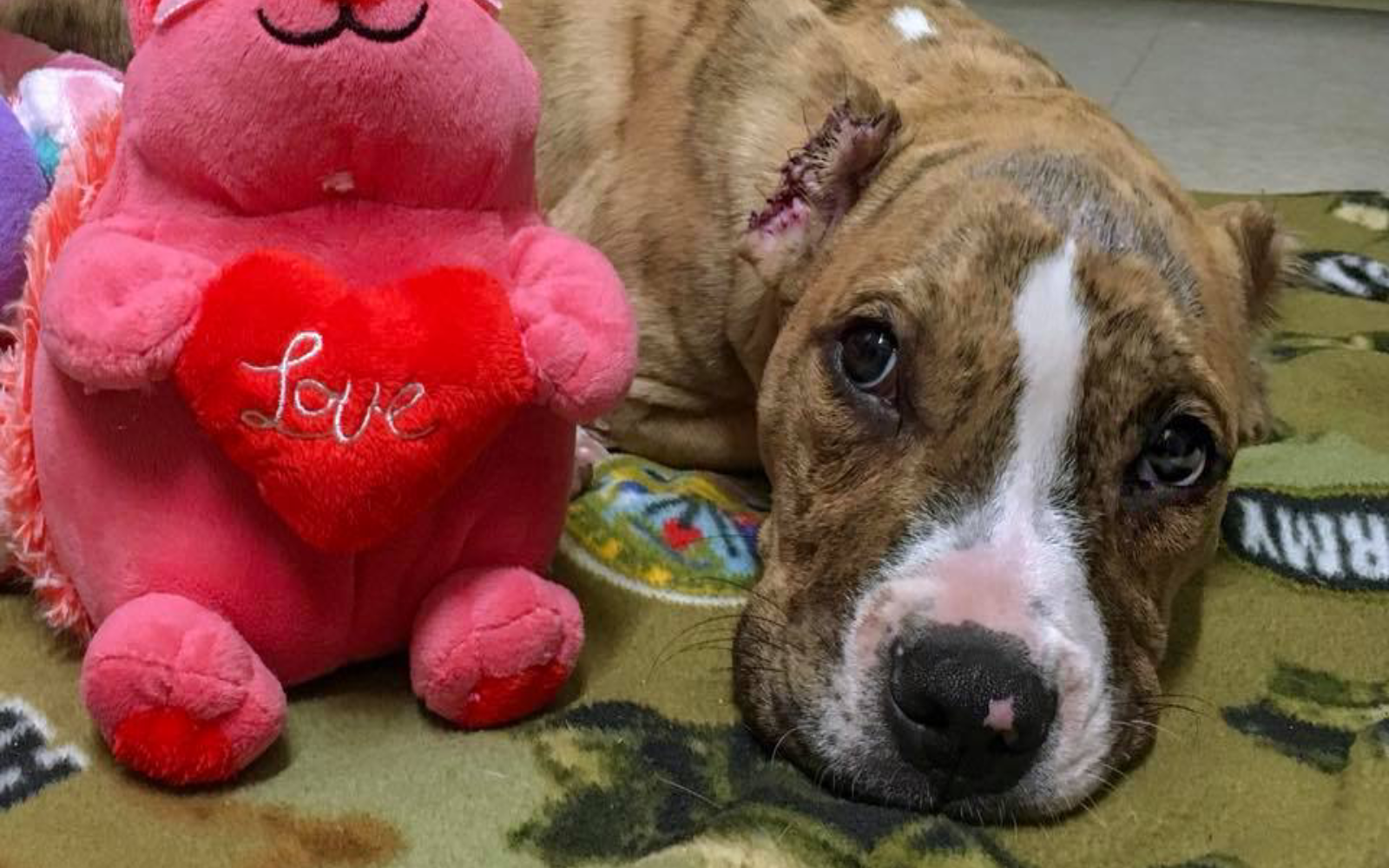 Ready to be the voice for the voiceless again? Well here’s your chance!

Ten-week-old Claude was found along with the rest of his litter and two other dogs by rescuers in Maryland. The two adult dogs were tied to a tree while Claude and his siblings were up for sale in a box. Rescuers Baltimore City Animal Control (BARC) realized poor Claude was bleeding from the head and discovered it was because some awful person had cut off his ears!

Ear-cropping is a despicable practice done only by selfish owners who want to make their dog look a certain way, or breeders hoping to get a better sale. This serves no purpose and has no benefit to these poor dogs at all. What makes this even worse is that these people often take it upon themselves to do this “surgery,” using makeshift tools from around the house and numbing kits that they buy online.

Nine states, including Maryland, prohibit ear-cropping unless it is done by a licensed veterinarian while the dog is under anesthetic. Clearly this wasn’t the case for Claude. BARC said, “It was clear that the inhumane and cruel removal of Claude’s ears was done using poor instruments (such as household objects), leaving him with tissue damage, pain, and infection.” What is even more heartbreaking is that Claude keeps turning his head as though he still has his ears. BARC added, “When he hears an interesting sound, he attempts to tilt his head and move what is left of his ears, but only finds himself in more pain.”

Aside from the trauma Claude has been through for having his ears hacked off, this barbaric practice has left him more susceptible to recurring ear infections and other complications. He needed emergency surgery to remove untreated infected tissue, leaving him with even less of an ear! This is no way for any dog to have to start their lives.

Baltimore City Animal Control is now working to get justice for Claude and the rest of his litter. This is an open case hoping to find whoever is responsible and prosecute them for animal cruelty. And while we are sure it is being taken seriously, Care2 has raised a petition to let the Baltimore Police know not to give up on this poor dog! If you want to add your voice, please sign the petition here.