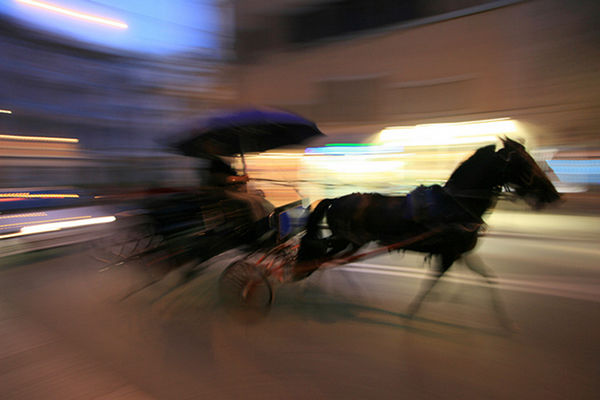 Drivers of horse-drawn carriages clashed with animal rights activists last weekend in Rome’s Piazza di Spagna. The incident followed a protest by a European animal rights group. Three were arrested and five were taken to hospital. Members of the Partito Animalista Europeo (PAE) were taking action over the lack of thermometers in carriages; botticelle are not allowed to take on passengers if the temperature rises above 104°F (40°C). The protesters held thermometers and video cameras, yelling “shame!” at the drivers, as reported by The Telegraph. The fight was broken up by officers of the Carabinieri police. The PAE believes in effective political action; their website declares that “participating in the political scene is the only route to real change.” When Enrico Rizzi, national co-ordinatore of PAE, was questioned about the incident he responded “if the police don’t feel like enforcing the law, we will do it ourselves.” The groups’ anger follows an incident last month in which a horse collapsed due to the heat. The horse was forced to carry six passengers and could not cope. Reports from Wanted In Rome suggest that the driver repeatedly beat the horse back to work until the police intervened. The exchange of punches and insults was viewed by hundreds of horrified spectators at the popular tourist site. Two carriage drivers and the president of the PAE were arrested. A recent article in The Guardian tells that the drivers were eventually fined. The incident displays activist groups’ dissatisfaction with unenforced animal rights laws. Image Source: Evan Blaser/Flickr