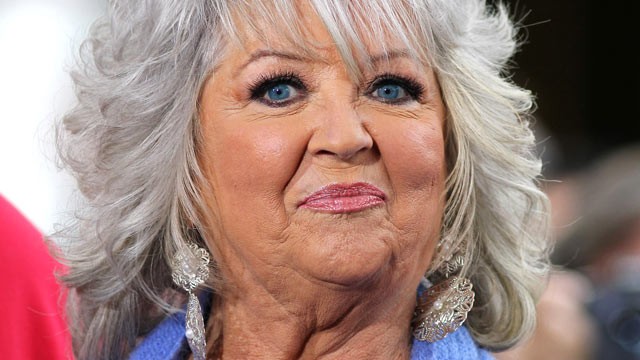 Paula Deen, known for her love for butter and heavy cream had diabetes for the past three years, but continued to dish up deep-fried cheesecake and other high-calorie, high-fat recipes on TV.

Deen finally came clean about her illness on the Today show, where she told Al Roker that she had teamed up with pharmaceutical company Novo Nordisk on a new website to promote the company’s diabetes medication Victoza.

In response to Deen’s announcement, PETA wrote her a letter, asking Deen to trade in her pills for a healthy diet. PETA pointed out that numerous studies have found that adopting a vegan diet can reduce or even eliminate the need for diabetes medications and reduces the risk of developing the disease in the first place.

Paula Deen’s Southern Cooking Bible was named one of the five worst cookbooks of 2011, in a report released by the nonprofit Physicians Committee for Responsible Medicine (PCRM). Deen’s cookbook is full of high-fat recipes that can raise one’s risk for obesity, heart disease, and diabetes and includes nutrition bombs such as Hot Buffalo Wings: A single serving of three wings contains 910 calories and 85 grams of fat!

This could have been such an amazing opportunity for Paula Deen to educate the public about the importance of a healthy diet. Instead, she’s cashing in on her crisis by partnering with big pharma to promote drugs. Well, I suppose there’s no money in spreading the truth, right?