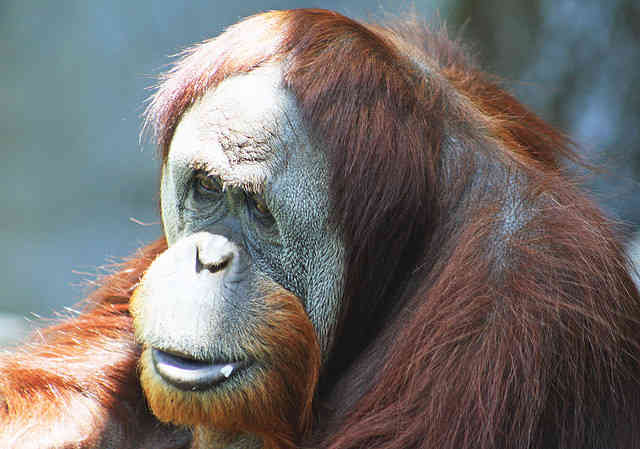 Born to be Wild 3D is an upcoming documentary by Warner Bros that chronicles trials of orphaned Bornean orangutans. Drew Fellman, the films producer, recently set up a special screening for one of the orangutans starring in the firm.

The orangutan, Siswi, sat in the doorway and was engaged and captivated for the first 15 minutes until the trumpet of elephants scared her off. Siswi got uncomfortable and ran off and climbed into a tree.

The central human figure of the film is primatologist Birute Mary Galdikas who is working to rehabilitate orangutans who have been orphaned either due to deforestation or the actions of locals. Currently Galdikas, the founder of Orangutan Foundation International, is housing 300 Orangutans at his center.

According to Fellman, the primates bonded with those filming the documentary, “They came to be like members of the crew.” The screening will be for the orangutan stars of the film that have faced many challenges throughout their lives.

Some locals see the Orangutans as nuisances and have killed them as pests, especially around agricultural areas.

Galdikas hopes that the film will help spread information about the threatened species. He said, “The average person in Indonesia still doesn’t yet understand the orangutan is a close relative and that they are a protected species and on the verge of extinction.”

Orangutans are an endangered species and there are thought to be as little as 45,000 left in the world. Let’s hope that the awareness raised by the project will help to fight the deforestation and hunting that is hurting them so much.