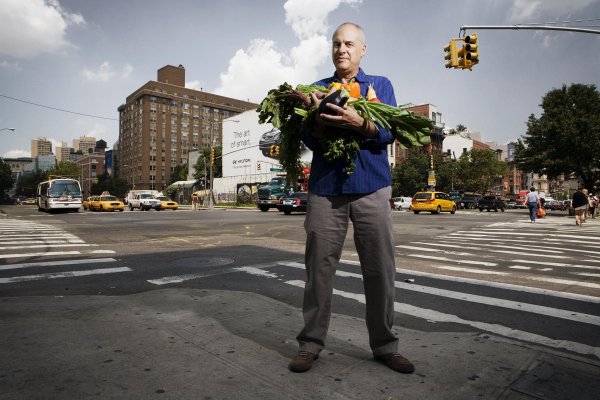 It’s time to face a fact that many of us have trouble acknowledging; some people are nowhere close to committing to a vegan diet and probably never will. We can tell them how much healthier plant-based living is, we can show them the cruelty that goes into farming animals or the environmental benefits of choosing vegan, and we can make them delicious vegan meals, but the cold hard truth is that some people probably won’t ever entertain the idea of eschewing their omnivorous ways. While giving up dairy and animal products completely may seem easy to the initiated, we must accept that it feels impossible or extreme for a lot of people.

Some of these people are our friends, our families and our peers, and they are putting themselves at risk because they can’t kick a habit cold turkey (I am so not sorry for that pun). Vegan Before 6 may be the answer for the omnivore who wants to follow a healthy diet, but “needs” animal products.

Mark Bittman, food columnist for The New York Times, has been a large supporter of the “flexitarian” approach that reduces dairy and milk intake without eliminating these foods from the diet. Bittman, who has lost 30 lbs on a flexitarian diet, believes that most weight loss programs today range from “fairly sound dietary advice that no sane person can maintain” to “horrible, misguided, and body-shaming.” He is writing the book to help those that may not be ready for a full-on food overhaul.

The book, (due out in march), is already stirring up controversy, with one website saying that he “drank the vegan Kool-Aid” and that he is “pimping a vegan lifestyle.”

We’re glad this book is coming out and we’re glad it’s causing controversy; this issue deserves more discussion. For me, it’s an easy choice… I don’t eat meat; I don’t consume dairy. I believe causing intentional harm to another being so I can enjoy a meal is not right. Many do not share this opinion, and would rather eat what they want. Personally, I don’t condone it, but I realize that it’s not my choice to make. I’m a realist; I know that some people are not going to become vegans.

So, I welcome anything that can make the world a little healthier…. even if it does end at six.