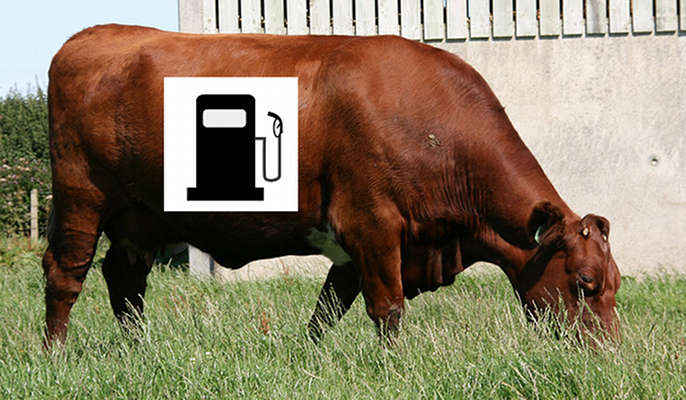 Meat giant Tyson Foods has found yet another way to make money out of killing animals. They have tied up with fuel-maker Syntroleum and recently announced that their Dynamic Fuels joint venture was converting beef tallow and pork and chicken fat into diesel fuel. The joint venture has reportedly already been selling millions of gallons of animal-fat-based diesel to Norfolk Southern railroad to power freight trains.

The process of refining animal fat into fuel is done at a $170 million plant the companies opened last year in Geismar, La. It takes roughly 7 pounds of fat to make one gallon of fuel.

Around 10 billon animals are killed in the U.S. every year and slaughterhouses generate roughly 10 billion pounds of inedible animal fats every year, much of it which ends up in products like soap, crayons, cosmetics and shortening.

Tyson Foods and Syntroleum believe that the Geismar plant could eventually produce as much as 75 millions gallons of fuel using animal fats.