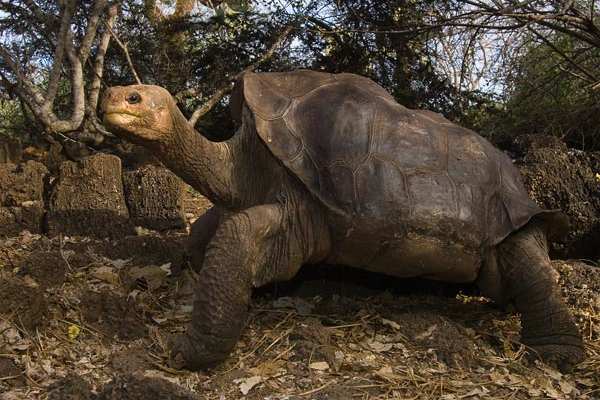 Lonesome George, the last surviving Pinta Island giant tortoise, was found dead on Sunday morning at his home in Galápagos Island National Park. Although scientists believe he was over 100 years old, his death came as a surprise to park staff. Giant tortoises have been known to live well over 100 years, with the oldest recorded at 152.

George was first discovered on Pinta Island by biologist Joseph Vagvolgyi in 1971. Because he was believed to be the last known member of his subspecies, researchers have eagerly tried to find George a mate to continue his lineage. But Lonesome George preferred solitude.

After sharing his home with four different females over the past three decades, George failed to fertilize any of their eggs. Thus, his death marks the end of the purebred Pinta Island tortoise.

San Diego zoo ambassador Rick Schwartz was quoted: “George’s passing is an opportunity for us to [show] humans our actions can have an impact on the future without seeing it in the moment.  If you get an opportunity to see these animals in person, [they’re] gentle giants—you can’t help but just fall in love with them.”

Next month, Galápagos National Park will hold an international workshop to brainstorm how to restore giant tortoise populations over the next decade. Park director Edwin Naula noted that the workshop will be held in honor of Lonesome George, adding: “the creature’s legacy will be greater efforts in research and management to restore the Pinta Island population and all the other giant tortoise populations in the Galapagos.”