Kitten Lost Her Best Friend; What Her Human Did to Make Her Feel Better Will Warm Your Heart 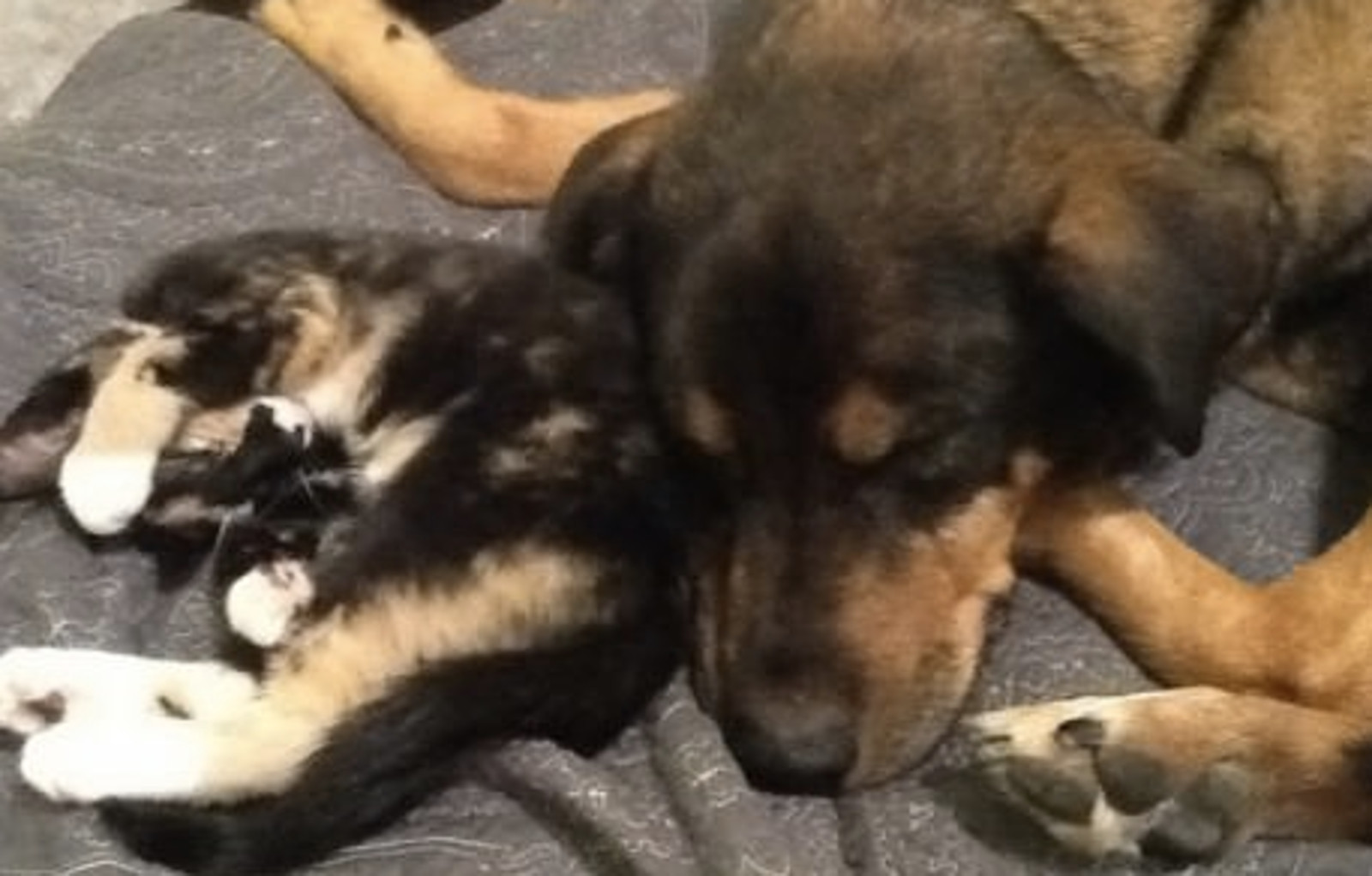 We have seen countless stories of cats and dogs who have put their differences aside and became best friends, but this story of a cat and dog friendship is unlike any we’ve seen before. Scout the kitten was brought into the home of Charlie the dog when she was no more than 5 and a half weeks old. Whether Charlie had a say in the matter or not is unknown, but Scout curled herself right in the middle of Charlie’s lap and just like that their friendship was set.

Scout refused to sleep as a kitten unless Charlie was there for cuddles. 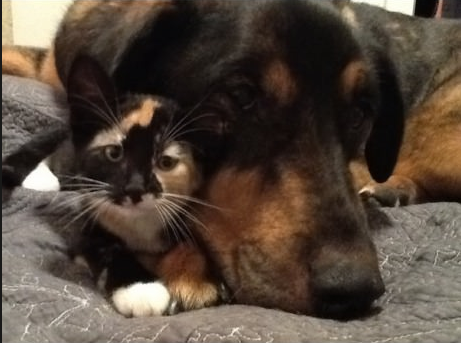 The world can be scary as a small kitten, but with a trusty dog BFF everything is better. 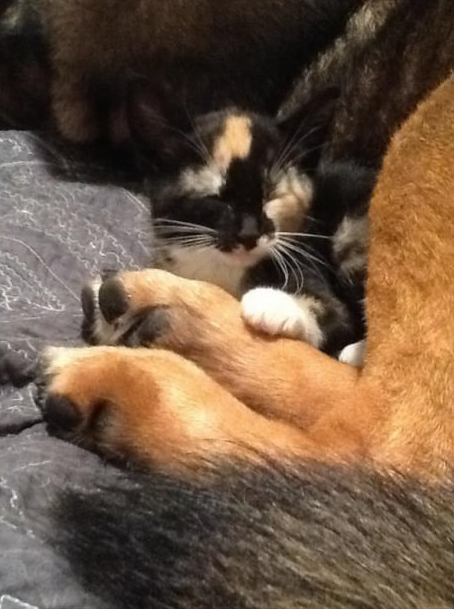 Charlie was an older dog, so he completely understood Scout’s love of naps. 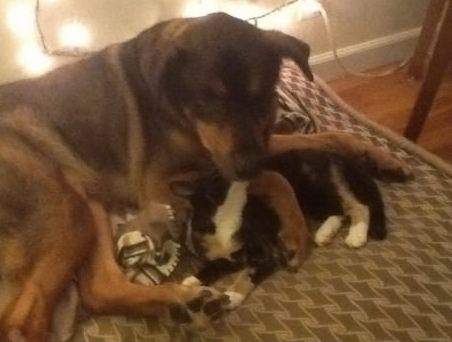 These two did everything together. 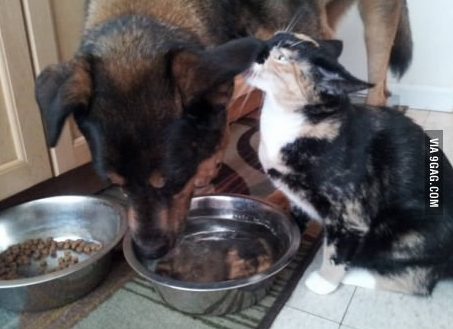 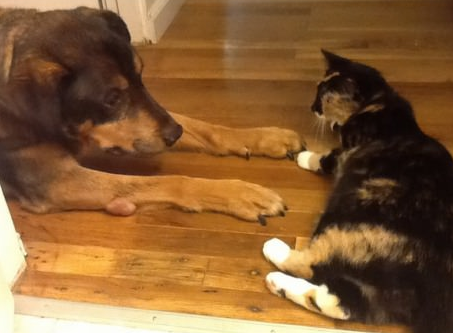 One of Scout’s favorite things was smelling Charlie’s ears. You can tell he also loved it … 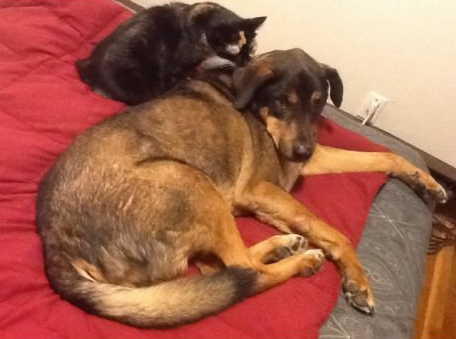 Sadly, Charlie developed cancer and eventually passed away. Both Scout and her guardian were absolutely heart broken. Scout’s guardian set up an iPad on Charlie’s dog bed and played videos of him for Scout. 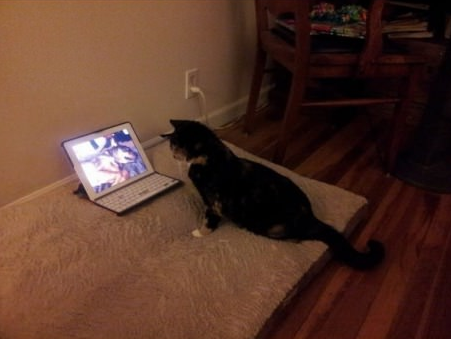 Even though this was not the same as having the real Charlie, Scout still wanted to cuddle. 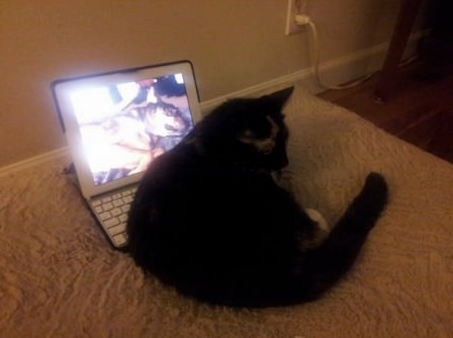 Scout misses Charlie, but we know that their friendship will far outlast any constraint of time. Rest in peace Charlie. 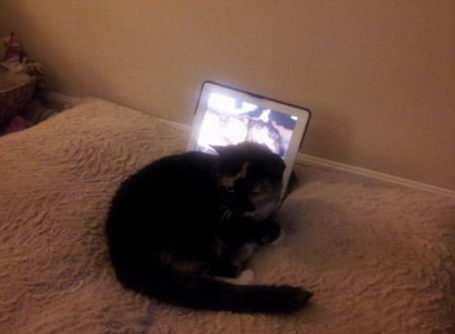 Want to read more about dog/cat friendships? Check out This Cat Takes Care of His Sick Best Friend, Who’s a Dog! and Tycho and Refurb: A Lesson in Friendship for All Cats and Dogs.