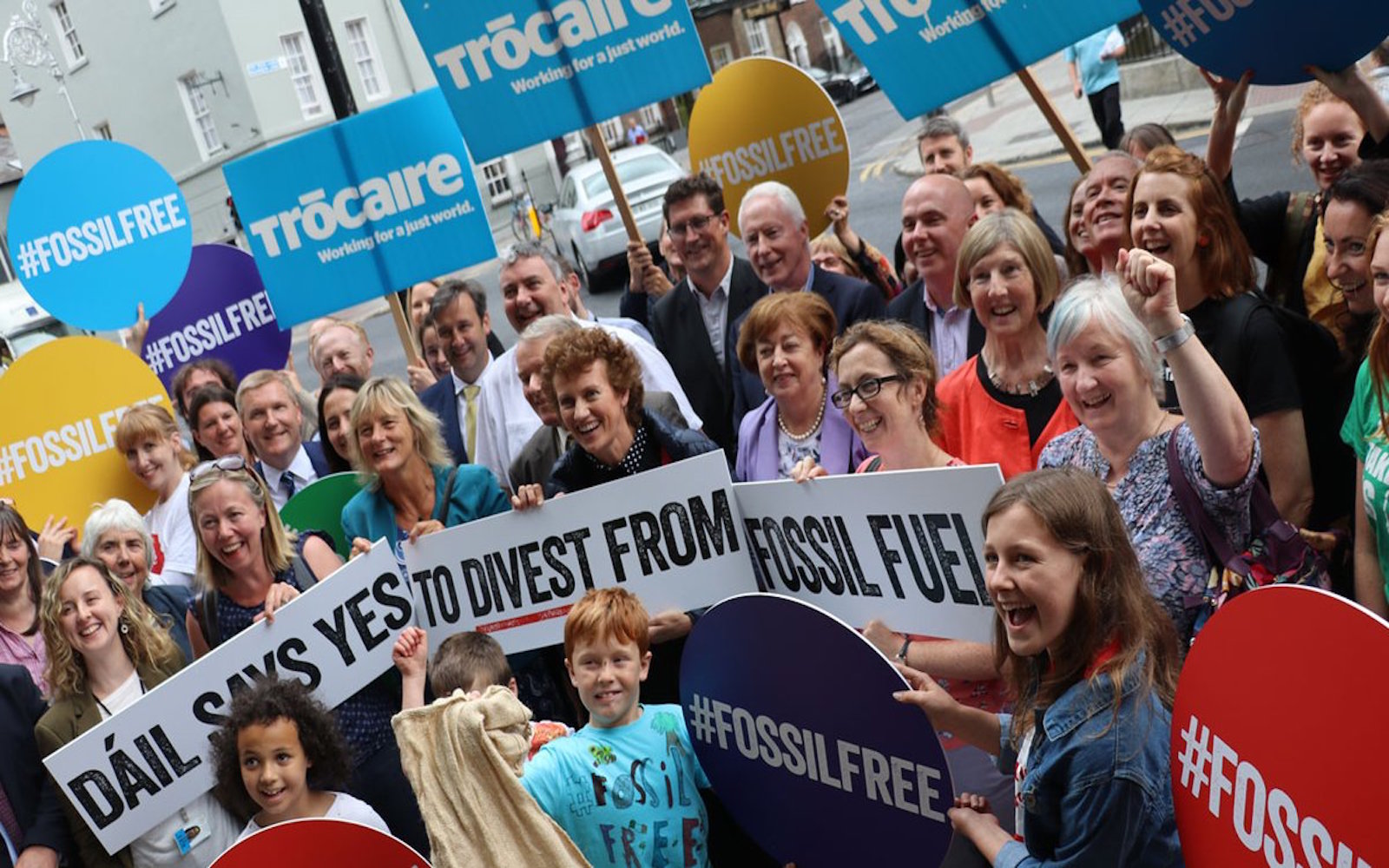 In a major win for our planet, Ireland’s lower house of Parliament recently passed a bill to end public funding of fossil fuels and move towards more sustainable energy sources “as soon as practicable.” Backed by support from Prime Minister Leo Varadkar, the bill is expected to be signed into law in the near future. Once this occurs, Ireland will set an important precedent for other nations by becoming the first country to formally vow to divest from fossil fuels.

Eamonn Meehan, executive director of Irish environmental lobby Trocaire, reportedly called the bill “both substantive and symbolic.” He elaborated, “It will stop public money being invested against the public interest, and it sends a clear signal nationally and globally that action on the climate crisis needs to be accelerated urgently, starting with the phase-out of fossil fuels.”

While drafters of the bill originally called for the European island to fully divest from fossil fuels within the next five years, a recent amendment extended the timeframe to make the goal more realistically achievable.

Up until now, Ireland has not exactly been a major player in the fight against climate change. In fact, a recent survey conducted by Climate Action Network Europe ranked the nation as the second lowest-performing European country in terms of reducing greenhouse gas emissions. Thanks to Ireland’s recent move to ditch fossil fuel investments, however, the nation is about to be at the forefront of the movement to save our Earth.

Now, we just need other countries to take similar actions to stop the environmental destruction linked to fossil fuels. As bill drafter and Global Legal Action Network member Gerry Liston reportedly pointed out, “Governments will not meet their obligations under the Paris agreement on climate change if they continue to financially sustain the fossil fuel industry. Countries the world over must now urgently follow Ireland’s lead and divest from fossil fuels.”

Considering what’s at stake if they don’t, we can only hope that other nations will be inspired by Ireland’s recent decision to move away from fossil fuels and toward sustainable energy sources of the future.

In the meantime, there are plenty of ways YOU can help heal our one and only planet, such as eating a plant-based diet! To learn more, check out the #EatForThePlanet book!