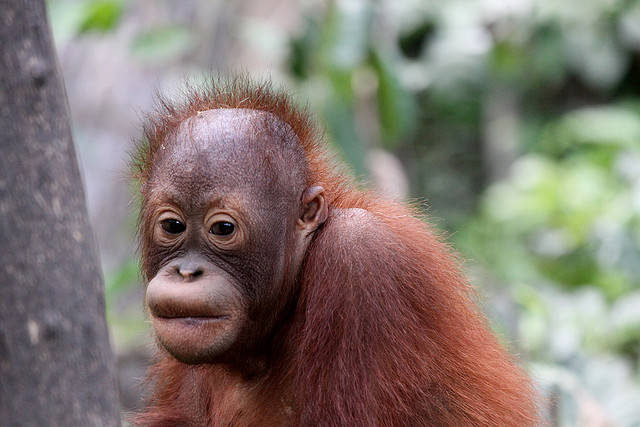 WALHI says the permit violates the protected status of the area as well as a moratorium on the conversion of deep peat areas. The environmental group believes the swamp conversion would damage the habitat of critically endangered Sumatran orangutans and “spawn substantial greenhouse gas emissions.” Much of this area contains peat swamp of more than three meters in depth, making it a valuable store of carbon dioxide.

In the early 1990s these peat swamp forests were home to 3,000 Sumatran orangutans. Today, only about 200 remain. The petition warned: “just one more serious and uncontrolled fire event could easily wipe out the remaining survivors, and all other wildlife species in these forests.”

NASA satellite data released late last month showed dozens of fires burning in Tripa. Environmental groups estimate that as many as 100 orangutans may have died in these recent fires.

The Administrative court has refused to rule on the case, claiming the parties involved must first attempt to settle the matter outside of court. WALHI will likely appeal the decision.

Want to get involved? Petitions to stop the fires and protect the Sumatran orangutans are available online at a number of sites, including: Change.org, Act Ran, Rainforest Rescue, Rainforest Portal, and The Petition Site.