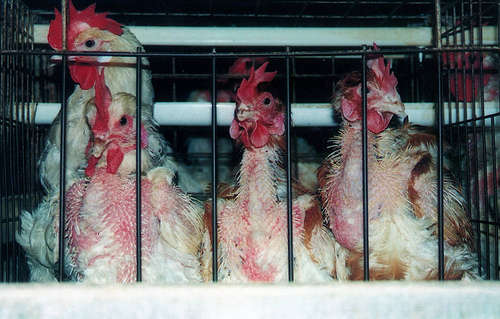 In a move to pressure for improvements to the treatment of factory farmed animals supplied to Hardee’s and Carl’s Jr restaurants, the Humane Society of the United States has bought shares in the client company Apollo Global Management. Specifically, the group is urging the company to move away from the use of caged hens and pigs raised in confined gestation crates.

Corporate Outreach director Mathew Prescott explained in a press release,  “Hardee’s and Carl’s Jr. allows its suppliers to permanently confine animals in cages so small they can barely move. It’s time the companies aligned themselves with the public’s expectations and values.”

Other organizations have made similar efforts to pressure corporations to improve living conditions for animals including PETA who bought stock in McDonalds and Kraft Foods in 2010. While some advocates argue this is supporting animal cruelty, others argue the method has paid off and pushed companies to alter their practices in meaningful ways for animals.