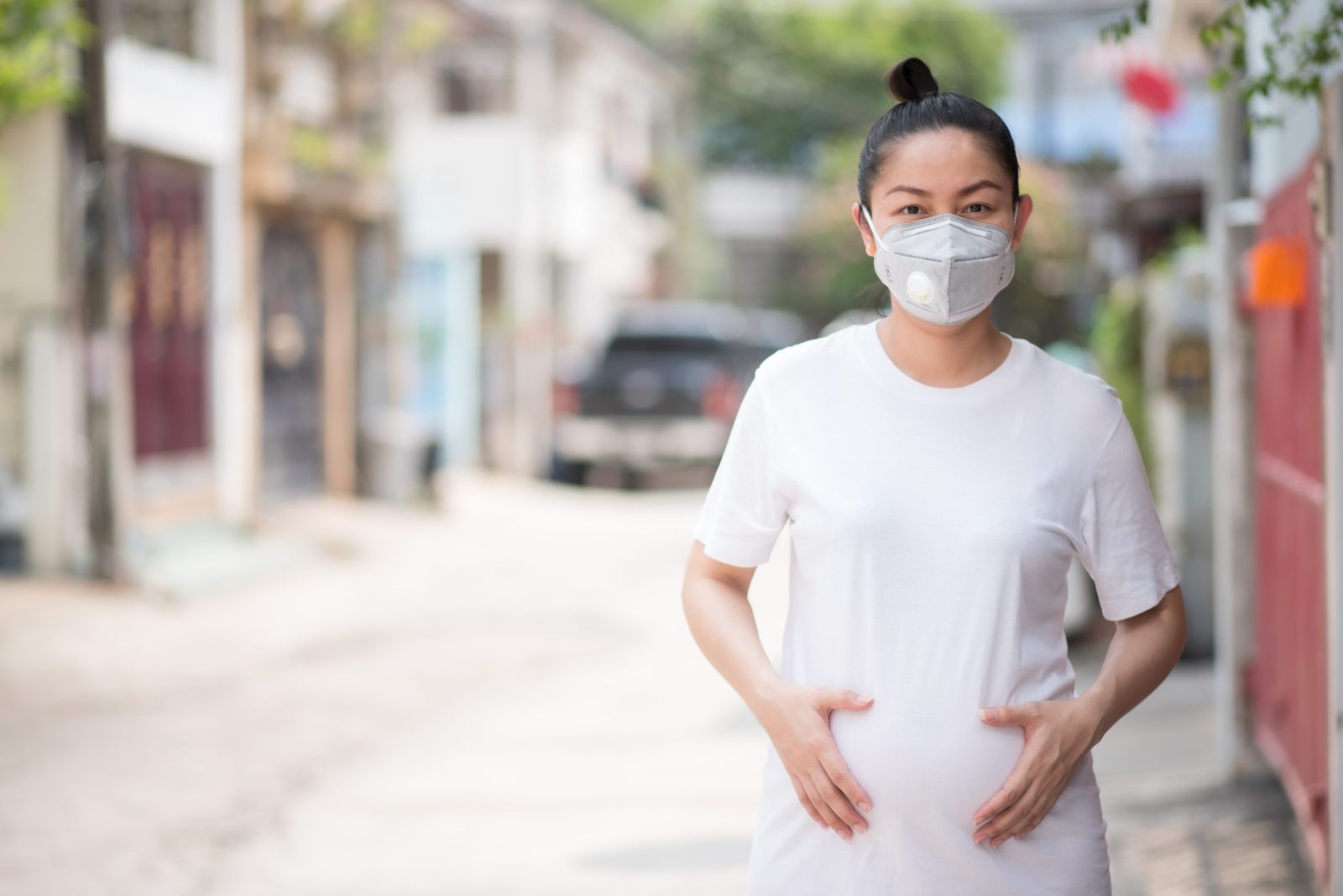 While climate change and exposure to pollution and harmful chemicals aren’t good for anyone, pregnant people and unborn fetuses are particularly vulnerable. An investigation found that negative pregnancy outcomes are linked to climate change across the United States. Studies have found that those who live close to pollution suffer worse maternal health outcomes, which can lead to hypertension, having low birth weight babies, and giving birth early. The physical and hormonal change when people are pregnant leaves them especially susceptible to pollution.

Researchers have found consistent evidence that pollution has negative health effects on pregnant women and their fetuses. This can have serious effects on pregnancy, such as stillbirth, low birth weight, and preterm delivery rates. Climate change has been found to cause women to have shorter pregnancies. Environmental pollutants were even recently found in breast milk.

Even without pollution, pregnancy can be dangerous, from preeclampsia, ectopic pregnancies, and maternal hemorrhage. The recent overturning of Roe V. Wade has left many, including disproportionately affected people of color, without many options.

Because of the overturn, many pregnant people in Baytown, Texas, have been put in a very dangerous position. The Salon reported that the town is right next to the Houston Ship Channel and the San Jacinto River, which is known to be a pollution hotspot. Keeping yourself and your developing fetus safe from pollution in this area is a real challenge and, oftentimes, not possible.

Nalleli Hidalgo, community outreach and education liaison at the Texas Environmental Justice Advocacy Services told The Salon that the petrochemical facilities in the county continually emit “chemicals like benzene, toluene, and xylene that cause developmental and reproductive issues in human bodies.”

Baytown is known for its pollution and high concentration levels of chemical facilities, including an ExxonMobil refinery and a notoriously leaky Superfund site. The refinery caught fire recently in 2021 and leached hazardous chemicals into the air and water, while the Superfund site contaminates the water and seafood in the area.

As we know, pollution disproportionately affects people of color at significantly higher rates. This is the same for pregnant people, as the maternal morbidity rates in Texas were found to be 2.1 times higher for non-Hispanic Black women. Now, without proper access to abortion care, these numbers will likely skyrocket.

“We know that being low income and being a person of color in the U.S. predisposes you to having lower access to health care,” said Hailey Duncan, an environmental justice policy analyst with the nonprofit Moms Clean Air Force.

Nearly all of the states bordering Texas have banned or have very tight restrictions on abortion, meaning that those in Texas seeking an abortion will have to travel far out of state, which can cost thousands of dollars when including travel, lodging, and lost wages. This means that many people that need an abortion won’t be able to get one.

People living around these pollution sites are often low-income people of color who are largely affected by environmental racism. According to the Guttmacher Institute, 75 percent of abortion patients are poor or low-income, and 61 percent are people of color.