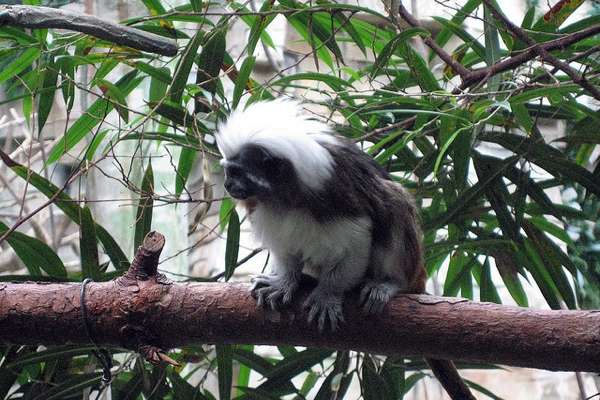 The Boston Globe reports that Dr. Wang was appointed interim director of the NEPRC just six months ago, in part to address ongoing animal welfare issues. But the issues continued under his watch. On February 27 of this year, the center received three citations from the United States Department of Agriculture (USDA) for failing to comply with animal welfare regulations.

Shortly after receiving the citations, one of the center’s cotton top tamarins was found dead. Its death, likely due to dehydration-related ailments, was the fourth primate fatality since June of 2010 specifically linked to negligence. This most recent incident prompted NEPRC to halt new research at the center last week.

Frankie Trull, president of the National Association for Biomedical Research told WBUR that the work done at NEPRC is invaluable (the center tests advances in treating cancer, AIDS, Parkinson’s disease and drug addiction on monkeys).

“Non-human primates are a very, very important partner of humans in studying and curing diseases that afflict so many people around the world,” says Trull.

Harvard has received animal welfare violation citations three other times in the past – in 1993, 2006 and 2010. None of the previous warnings included financial penalties. Now, the Humane Society and other animal rights activists are urging the USDA to assess the maximum fine to send a strong message both to Harvard and the rest of the research community.

What do you think the penalty should be for repeated animal welfare infractions?