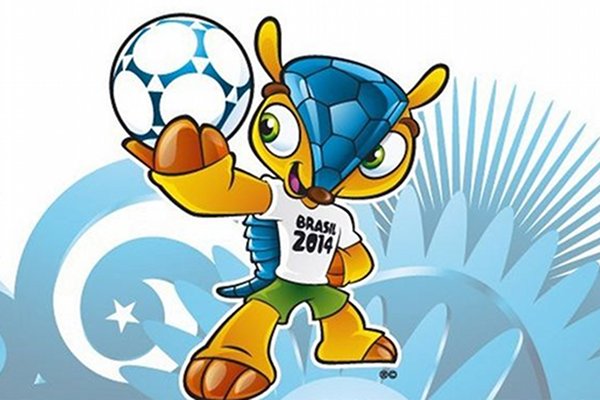 This week, the International Federation of Association Football (FIFA) named the Brazilian three-banded armadillo as the next World Cup mascot. The endangered animal, represented in cartoon form, will feature prominently in the branding images for the 2014 event, taking place in Brazil.

As reported in Scientific American, the three-banded armadillo (Tolypeutes tricinctus) is classified as being “vulnerable to extinction.” Once common in the savannahs of Brazil, the armadillo has lost much of its natural habitat to cattle ranches and soybean plantations. The armadillo is also disappearing because of subsistence hunting. An article published last month in Biological Conservation predicts there will no suitable habitats for the three-banded armadillo by 2050, and the authors behind the paper call for the creation of new preserves for the animal.

With the mascot decision, FIFA hopes to increase awareness of the armadillo’s possible extinction, and with the world watching, the event will emphasize the importance of conservation and ecology.

FIFA has created a website for fans to learn more about unnamed mascot. The armadillo says that its blue shell represents “the natural beauty of Brazil that I am so committed to protecting. The blue tones represent the sky and clear waters in and around Brazil, which are full of life.” The site goes on to explain that this species belongs to one of only two armadillo species that can roll up into a nearly impenetrable ball.

Although there may be doubt as to whether the mascot can truly make a difference in saving the species, the mascot is already drawing attention. Brazilian fans are unhappy with the potential names FIFA has selected for the mascot, reports Sports Illustrated. The names, Amijubi, Fuleco and Zuzeco, are a mix of Brazilian words for friendship, joy, football, blue, and ecology.