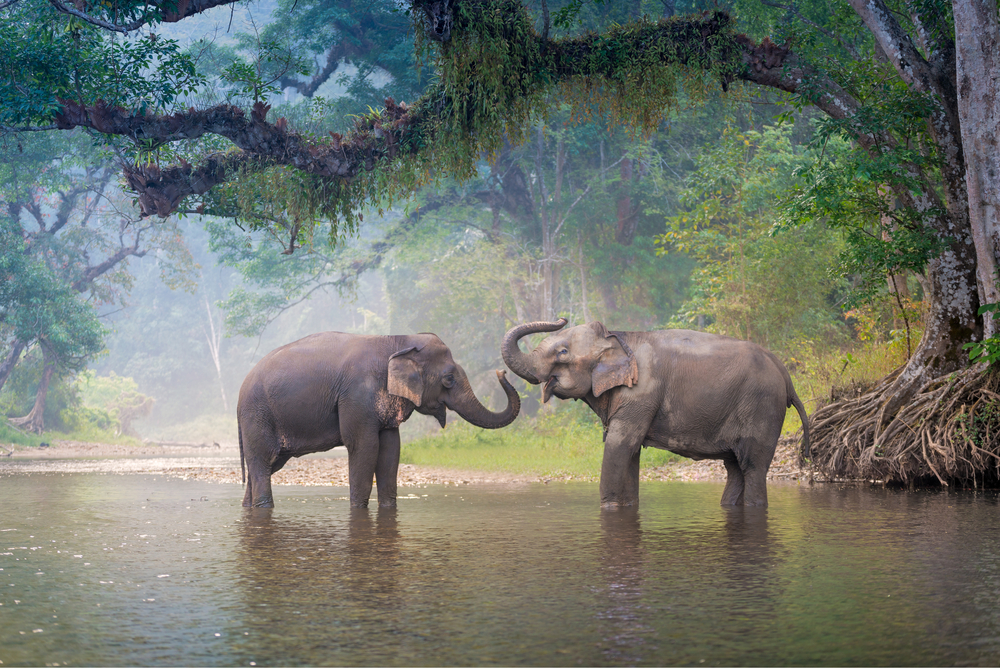 FourPaws, an international animal welfare organization, has begun construction of Elephant’s Lake in the Bago region of Myanmar, which will be one of the largest elephant sanctuaries in Southeast Asia.

There are around 7,000 elephants in Myanmar, around 2,000 of which live in the wild, and the remainder are in private keeping or belong to state-owned enterprises. Around 1,000 of the latter are former working elephants, whose roles have been to assist the logging industry. The demand for teak has decreased because of stricter environmental controls, and since efforts in Myanmar to reduce the amount of deforestation in the country produced by teak production, these elephants are no longer needed.

Elephants that are privately owned and no longer have any economic purpose tend to be viewed as a burden by their owners, who either have them killed or sell them into the tourism industry since elephant rides are still viewed as an attraction. Dr. Amir Khalil, FourPaws veterinarian and head of the pilot project, said, “These magnificent, endangered animals do not deserve death or an equally cruel career change. At our first elephant sanctuary, the animals can recover from the exertions of their past and, ideally, be reintroduced to the wild.”

Elephants are beautiful, compassionate creatures known for their intelligence. When these animals end up in the tourism industry or are born into it, their lives are cruel ones, often spent entirely in chains and at the hands of cruel trainers. Elephant’s Lake will rehabilitate these animals into a suitable, caring environment.

Elephant’s Lake will provide a sanctuary to both these unemployed elephants and those who are injured and orphaned. Myanmar’s Ministry of Environmental Conservation and Forestry has provided the land, while state-owned forestry organization, “Myanmar Timber Enterprise,” has been tasked with placing of the elephants. “Mingalar Myanmar,” a local NGO, will provide support by communicating with Oozies, the caretakers of the logging elephants.

Over the next ten years, Elephant’s Lake aims to rehabilitate up to 300 elephants. “Our elephant sanctuary is a pioneer project in terms of conservation of animals and forests. In the long term, together with our local partners, we hope to create new, higher standards of animal welfare and eco-friendly tourism,” said Heli Dungler, President and Founder of FourPaws International. The aim of Elephant’s Lake’s rehabilitation program is to bring together new elephant herds and release the animals into the adjacent North Zar Ma Yi Forest Reserve. The first six or seven elephants are due to arrive at Elephant’s Lake by the end of 2018.

Please take a look at the FourPaws site for updates on Elephant’s Lake, and make a donation if you can!