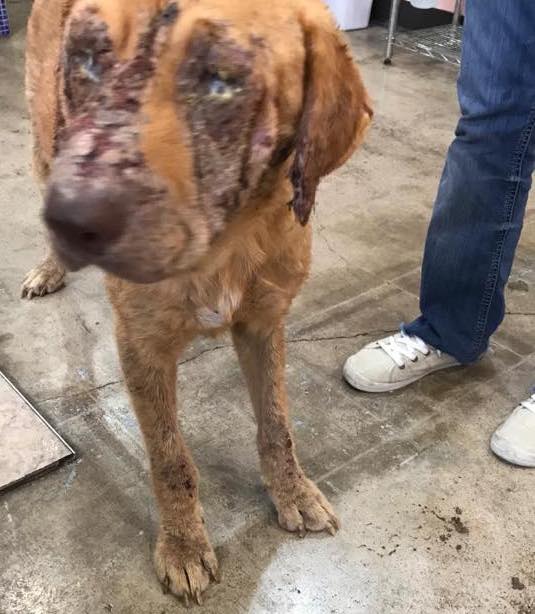 Rescuing animals is exceptionally rewarding and life-changing – but it also brings one face to face with the heartbreaking reality of animal abuse. Ace is only three years old, but despite his young age, he has endured so much that his rescuer could not help their tears. The dog was surrendered to the Harris County Animal Shelter in Texas and has since moved under the care of Legends of the Paws Animal Rescue.

“The second we saw Ace’s intake photo on pet harbor Saturday night, we knew he was in bad shape; little did we know just how bad off he was,” wrote the volunteers from the Harris County Animal Shelter. “We asked our volunteer to get a video of him the next day, and as soon as we read he was an ‘owner surrender’ in such horrific condition, our heart broke into a million pieces.” They added: “When Ace was picked up from the shelter, his rescuer broke down in tears over the condition he was in.”

It is not certain what happened to Ace that led to such dramatic condition, but the team suspects that the dog had acid thrown on him.

Once he was under the rescue group’s wing, Ace was immediately driven to a vet hospital and his treatment began right away.

Ace suffers from demodectic mange, fungal and bacterial infections, and it is possible that he had acid or other chemical burns. He had his dead skin cleaned off and got injections as well as antibiotics. It is not yet sure whether his eyes can be saved. Despite the emergency care, Ace’s condition remains serious to critical and, according to his veterinarian, a few weeks of hospitalization will have to be needed to say if the dog will survive. 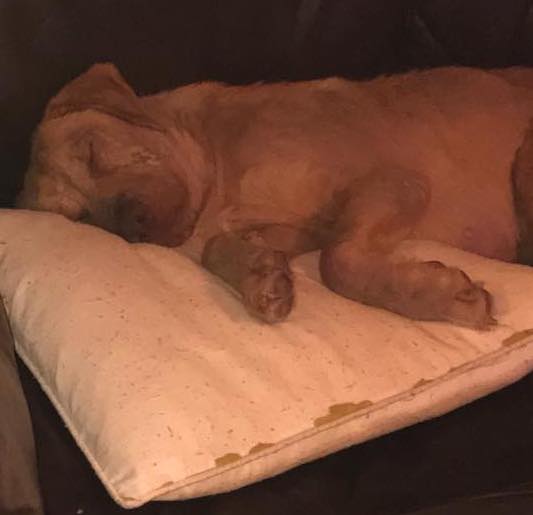 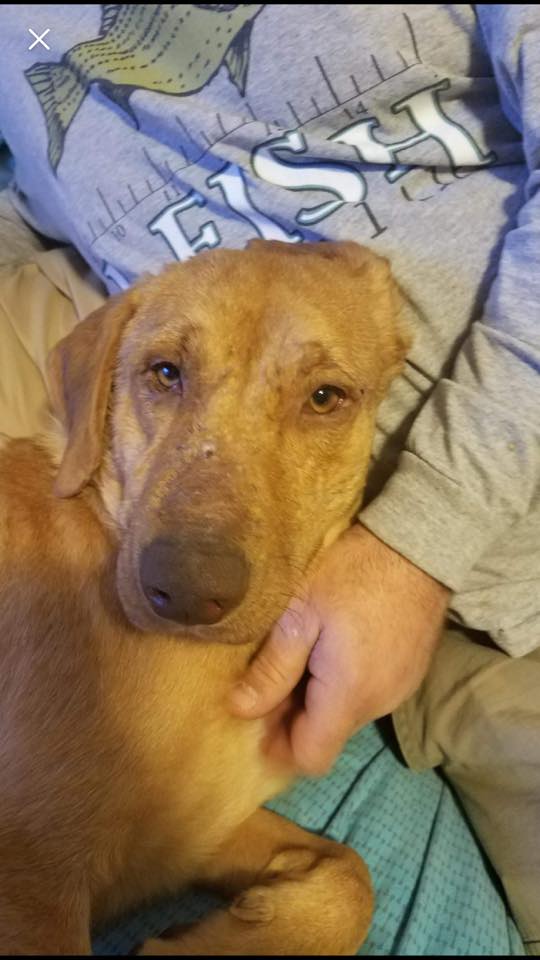 To learn more about Legends of the Paws Animal Rescue, click here.

All Image source: Legends of the Paws Animal Rescue/Facebook