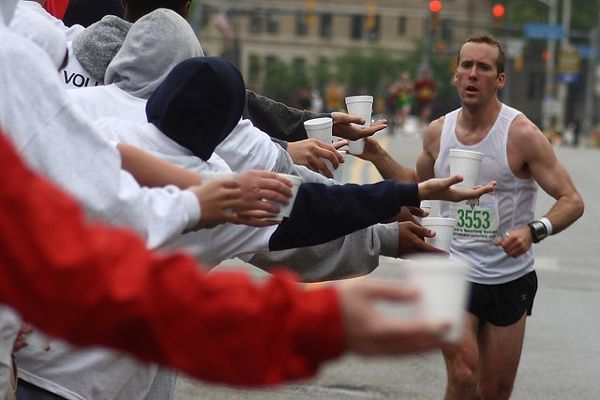 According to a study recently published in Medicine & Science in Sports & Exercise, fat free chocolate milk promotes recovery from exercise better than a carbohydrate-only sports drink.

The Milk Council is using this (and a handful of other studies) to back their new campaign – “My After” – touting chocolate milk as the perfect post-workout beverage.

While chocolate milk might be one way to get a post-workout dose of carbohydrates and protein, skeptics point out that it’s certainly not the healthiest way. Marion Nestle, Nutrition Professor at New York University, noted: “I’d never recommend drinking a sweetened drink. People shouldn’t drink their calories.” Instead, she recommends eating whole foods to to provide protein and replenish muscle glycogen.

Interestingly, Nestle also notes that the push to market chocolate milk to athletes comes in the wake of an overall decline in milk consumption and a ban on flavored milks by school districts across the country. Well, someone has to drink all that chocolate milk they’re making, right?