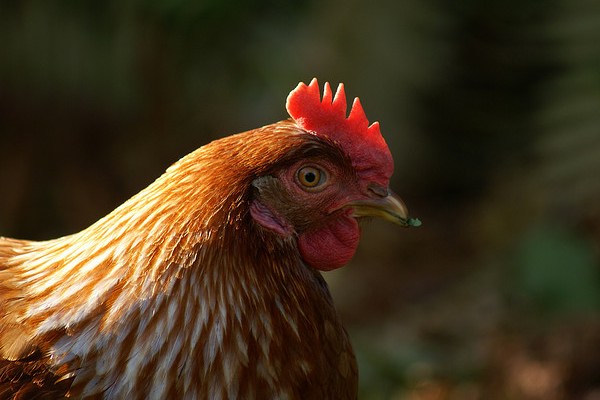 Clinicians have seen a significant increase in the number of women with recurring UTIs over the past couple of years, and medical researchers believe superbugs in chicken may be to blame.

A string of recent research (including one study in March and another this month) has found close genetic matches between resistant E. coli bacteria collected from human patients and resistant strains found on chicken or turkey sold in supermarkets or collected from birds being slaughtered.

Amee Manges, an epidemiologist at McGill University in Montreal, explained: “We’re particularly interested in chickens. They, in many cases, are getting drugs from the time that they were in an egg all the way up to the time they are slaughtered.” 80 percent of all antibiotics sold in the United States are fed to livestock and chicken to protect them from disease in cramped quarters, according to the FDA.

Unsurprisingly, the chicken industry is disputing the researchers’ conclusions, asserting that eating chicken is perfectly safe. Researchers acknowledge that there is currently no study showing a definitive link between the E.coli in chicken and bladder infections in women, but also point out that a study like that would be unethical, as it would involve intentionally exposing women to the bacteria.

Not interested in “some kind of infection that just won’t go away?” We don’t blame you. Fortunately there are plenty of great vegan meat substitutes and amazing veggie burger recipes to help you get your healthy, plant-based protein on!