UPDATE: Budi the Rescued Orangutan Lifts Bottle On His Own For the First Time! (VIDEO)

UPDATE: Budi the Rescued Orangutan Lifts Bottle On His Own For the First Time! (VIDEO)

When we first came across the story of Budi, the orphaned orangutan who had lived in a chicken cage for the first 10 months of his life, our hearts instantly melted. This small orangutan suffered enormously over the course of those 10 months as he was fed only condensed milk, which caused him to be severely malnourished. Thankfully, he was rescued with the help of International Animal Rescue (IAR) and now he is on the road to recovery.

When Budi first came into IAR’s orangutan care center, his limbs were so swollen that he could barely move without being in immense pain. Over the course of a week, Budi’s condition has improved tremendously, thanks to the care and attention he has been given by his rescuers. The swelling in his limbs has subsided and he can now lift a bottle all on his own to feed himself. 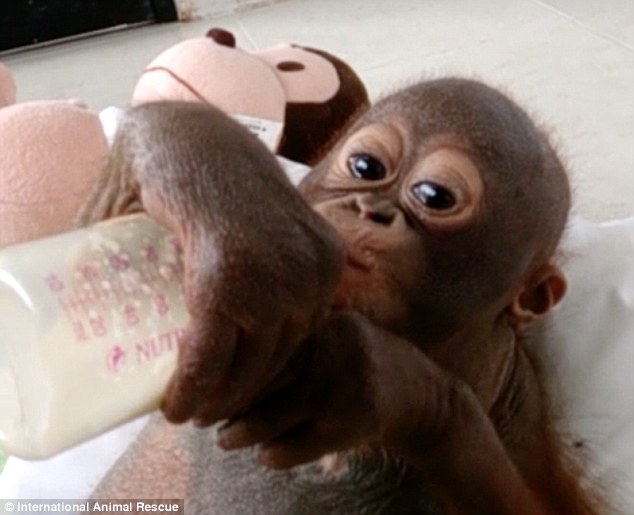 While this is a wonderful development, Budi’s muscles are still extremely weak. He can pick up a bottle, but only if it isn’t too heavy for his little muscles to take.

Budi’s vet, Christine Nelson, reports that they have started to incorporate solid foods into Budi’s diet. Recently, he got to try his very first bite of fruit! He is still learning how to chew, so the majority of his food will continue to be blended for him, but it is certainly a step. 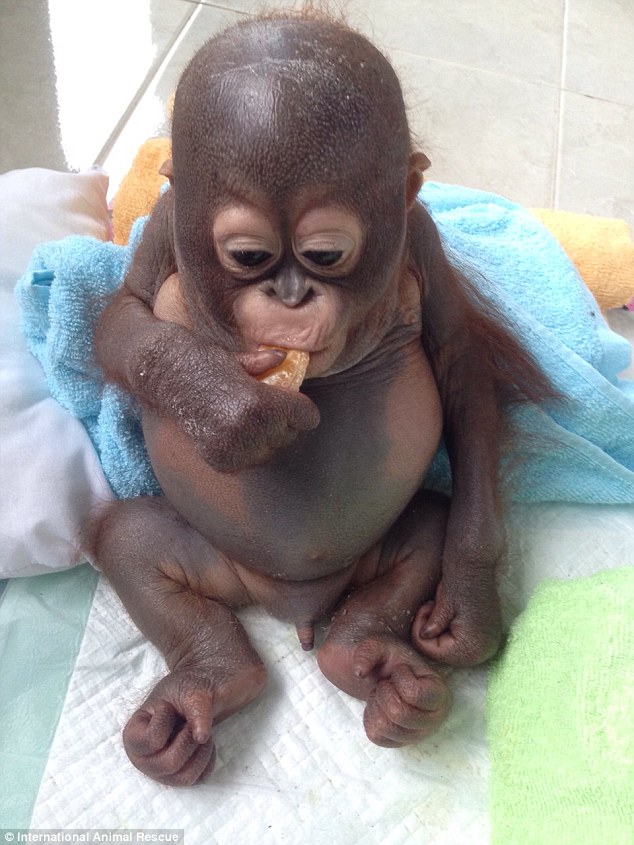 “We are excited that Budi can now sit up on his own for longer and longer periods of time before dropping off to sleep with the effort!” Explains Nelson, “The team remains optimistic, as Budi has a strong spirit and is being provided with supplements, vitamins and the care he needs to correct his abnormalities and help him continue to develop. We just hope we got to him in time, and that someday, although it will be a long time from now, he will be able to live in the forest as a normal orangutan.” 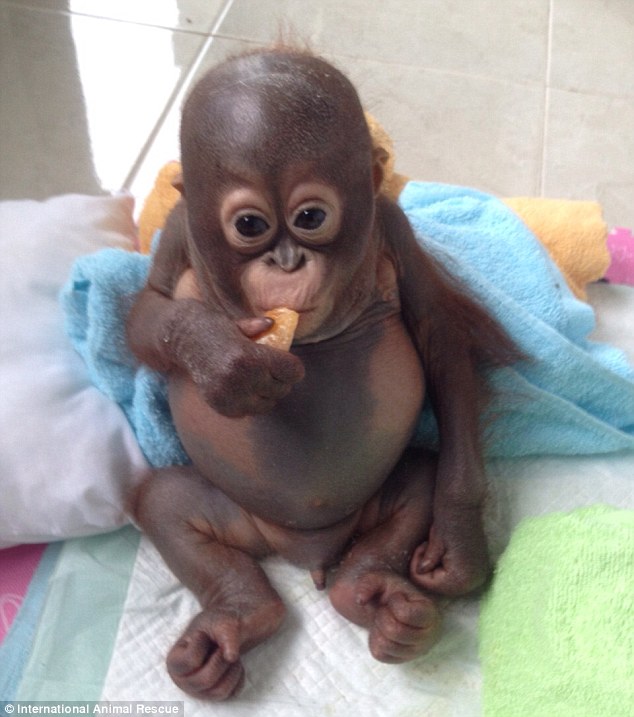 After Budi’s story went viral across the Internet, IAR has seen an influx of over $30,060 in donations to help them care for Budi. It is expected that he will need up to seven years worth of care and rehabilitation before he is ready to head back to the wild. According to Lis Key of IAR, if they double the amount of donations they have already received for his care, this little orangutan will be set for the duration of his expected time at the center. You can make a donation to IAR by clicking here.

We are so thrilled to see the strength and resilience that Budi has shown in the past week and hope this positive news continues as a trend!