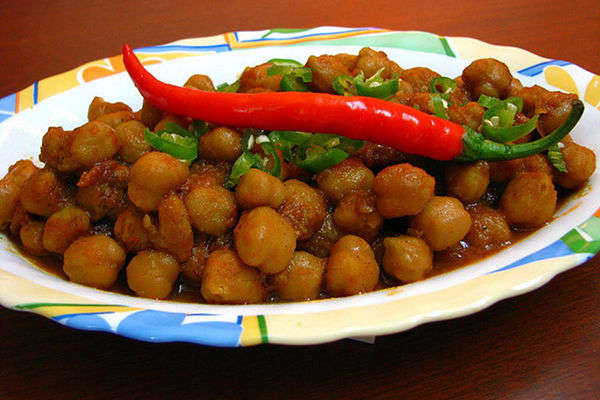 Sometimes nothing tastes better than the flavor-rich traditional foods of India. The respect that Indian cultures show to animals has made it a go-to destination for vegetarians. However, many traditional dishes aren’t exactly vegan-friendly — milk and clarified butter (better known as ghee) often show up in Indian dishes.

We knew vegan food was a powerful force of awesomeness, but who knew it could bring together two of the biggest movie making industries in the word! Bollywood celebrities (Vidya Balan, Sonakshi Sinha and Neha Dhupia) and Hollywood stars like Alicia Silverstone and Eva Mendes are joining forces to make the search for cruelty-free Indian food a lot easier.

Heightened interest in Bollywood culture, most likely due to Oscar-winning movie “Slumdog Millionaire,” combined with a growing list of vegan celebrities makes this cookbook something that is well timed.

According to Joshipura, “The recipes will allow readers to enjoy vegan versions of old-time Indian regional favorites and to explore dishes that they might never have heard of before. The book will reveal how easy it is to turn traditionally meat or dairy-laden Indian dishes – and those from faraway lands – into more enjoyable and far healthier vegan delicacies.”

PETA (US) founder Ingrid Newkirk’s writing will be featured in the book; it will also feature author and nutritionist Neal Barnard founder of The Physicians Committee for Responsible Medicine (PCRM).

Many books, especially ones in the plant-based world tend to fall into niche markets and fail to appeal to the majority of people out there. Joshipura believes that won’t be a concern as “It will be perfect for everyone – veteran vegans, curious newcomers and those who just want to try the occasional meatless meal – as well as both kitchen novices and culinary wizards.”

I’m heavily anticipating this book, which is due out in 2013. Like many people out there, I pass the time reading about celebrities and I’m interested in what they do with their lives. This book marries a sometimes, guilty pleasure with my love for animals and staying healthy. So, join me, Bollywood, Pamela Anderson, Alicia Silverstone, Sir Paul McCartney, Bryan Adams, Stella McCartney and Eva Mendes in supporting this new work of vegan culinary literature.