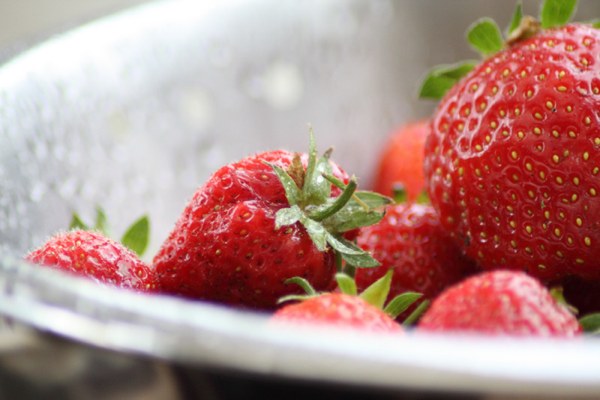 The good news about berries keeps on coming!

A new study published in the Annals of Neurology found that higher intakes of flavonoids, particularly from berries, reduces rates of cognitive decline in older adults.

Flavonoids are compounds found in plant foods that have been shown to exhibit powerful anti-inflammatory and antioxidant properties. Scientists believe flavonoids help mitigate against stress and inflammation, which are thought to contribute to cognitive impairment.

The research team used data from the Nurses’ Health Study, a group of 121,700 women who were tracked over time to monitor a range of health and lifestyle variables, including food consumption and cognitive function.

The study team found that the women who had the highest intake of blueberries (more than one serving per week) and strawberries (more than two servings per week) appeared to delay cognitive aging by as much as 2.5 years! Half a cup is considered a serving of either berry.

She also aptly pointed out: “As the U.S. population ages, understanding the health issues facing this group becomes increasingly important.”

Although previous research has suggested that berries protect and benefit the brain, this study provides the first epidemiologic evidence that berries may slow the progression of cognitive decline. Berries have also been shown to reduce Parkinson’s risk and even help halt the spread of cancer!

For more information about the health benefits of berries (and how to use them), check out 6 Power-Packed Berries You Should be Eating!