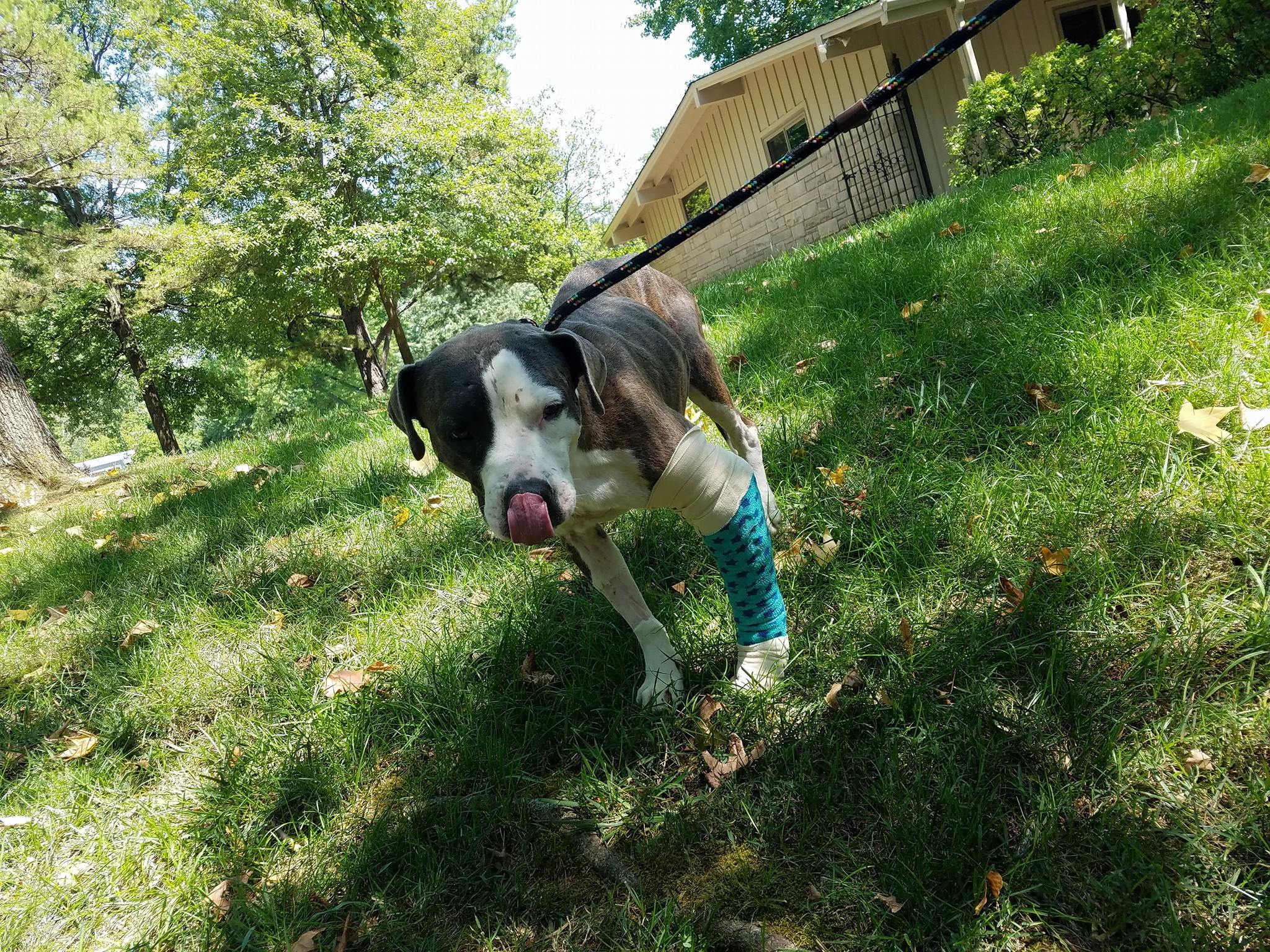 When Robb Cunningham was feeding feral cats, he had an unexpected visitor, a three-year-old Pit Mix – who is now named Buster. Buster must have known Robb had a kind heart because the dog laid down close to him. “He was just a mess, just skin, and bones, emaciated,” Robb told KMOV. One of the feral cats went over to say hello to Buster and the little pup got scared, showing his gentle soul shining through, despite his unimaginable injuries.

Robb reached out to Missouri K9 Friends for help and Buster is now being treated at the Veterinary Specialty Services in Manchester. 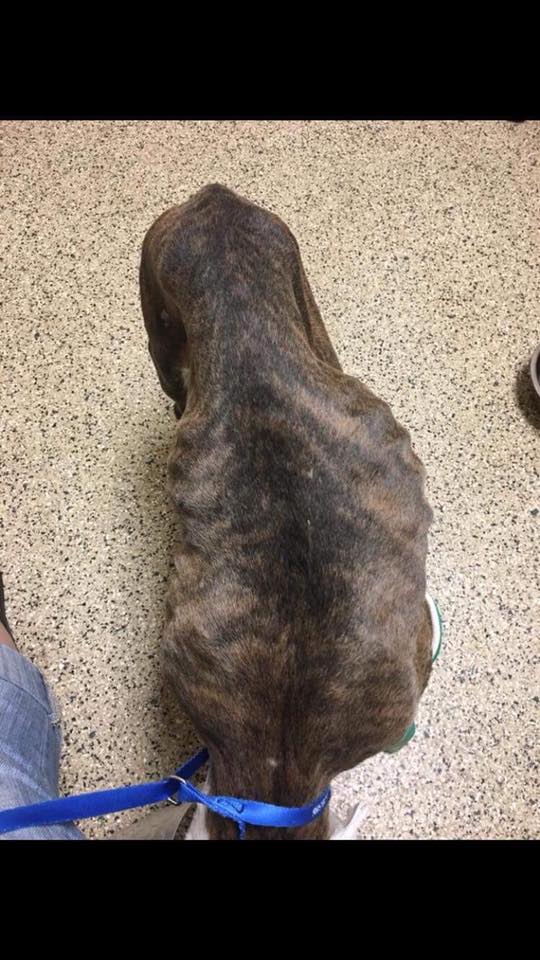 Mandy Ryan with Missouri K9 Friends says that Buster’s teeth have either been pulled out or filed down. He has open gashes and scars, one leg needs surgery for an ACL injury, he has bed stores and an injured toe. 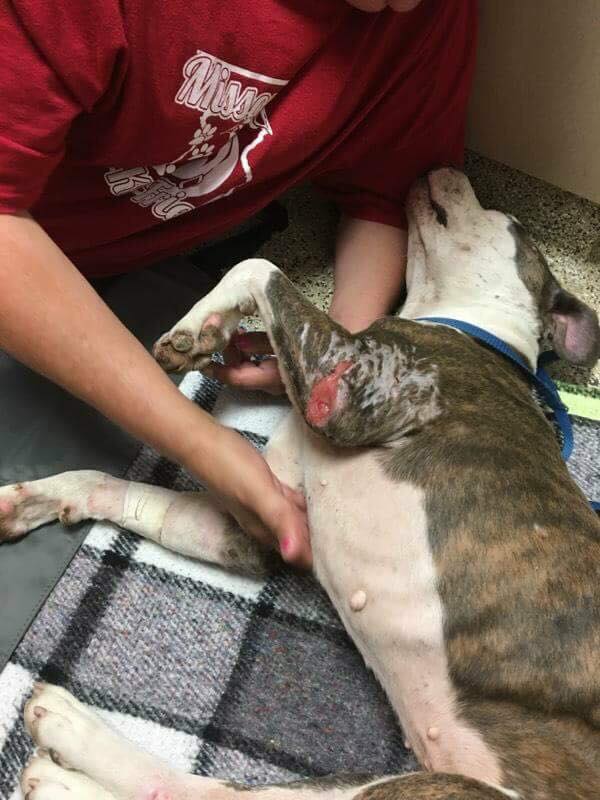 Buster’s injuries are indicative that he might have been used as a “bait dog” for a fighting ring. Bait dogs are typically docile dogs, used as “bait” to train the aggressive ones. It is common practice for bait dogs to be cut so the smell of blood triggers the fighting instinct in the already starved and abused fighting dogs. These dogs often suffer unimaginable abuse. 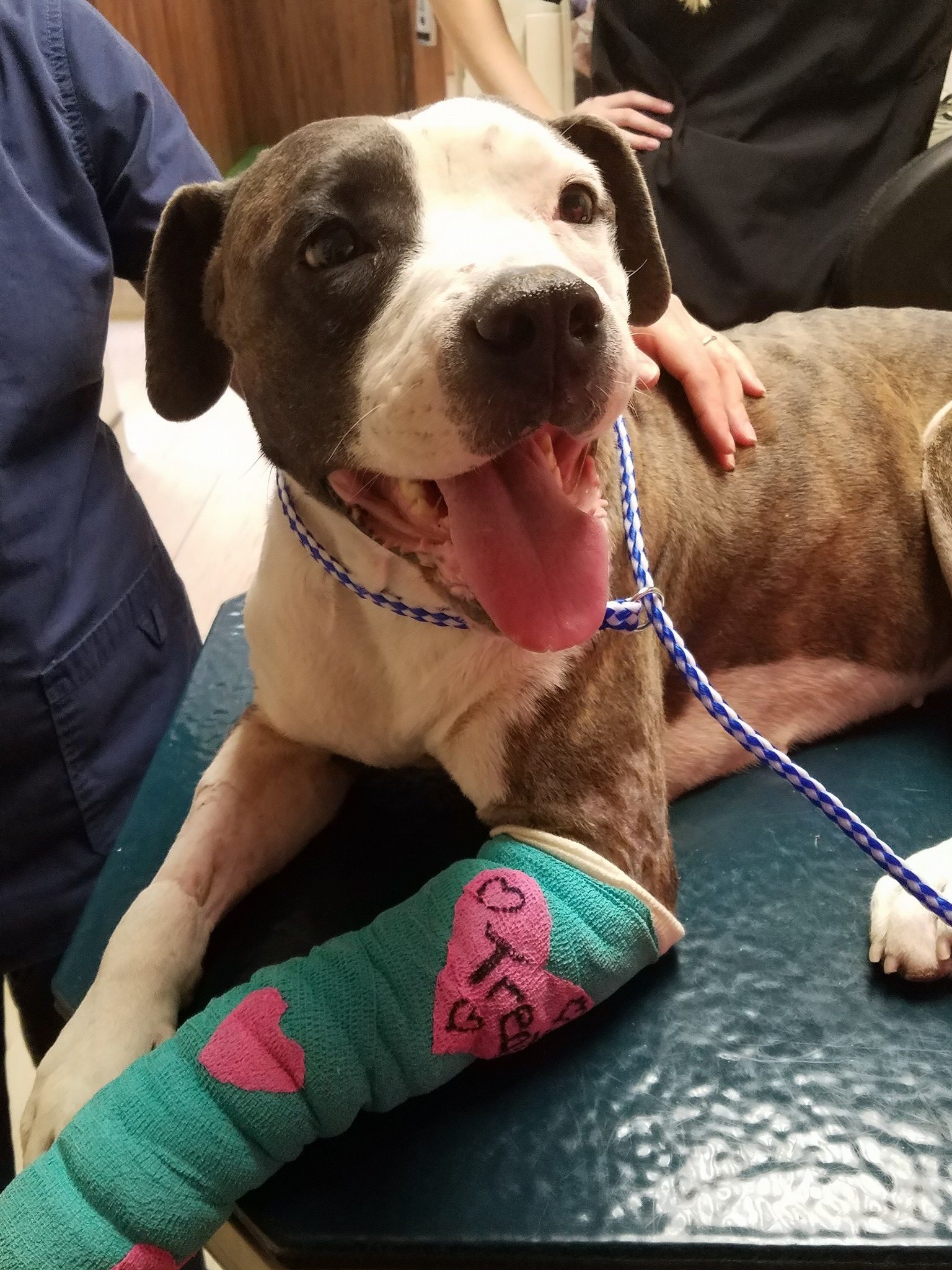 “Him being seen by somebody saved his life, otherwise he would have died out there,” Ryan told KMOV. Thank goodness someone stopped to help Buster!

Buster is now safe and getting the help he needs. His vet bills are piling up, so a fundraising page has been set up to help cover the costs. If you’d like to donate, click here.

Update (8/24/20): In August of 2018, Buster found his forever home and is so happy with his new family!
Advertisement 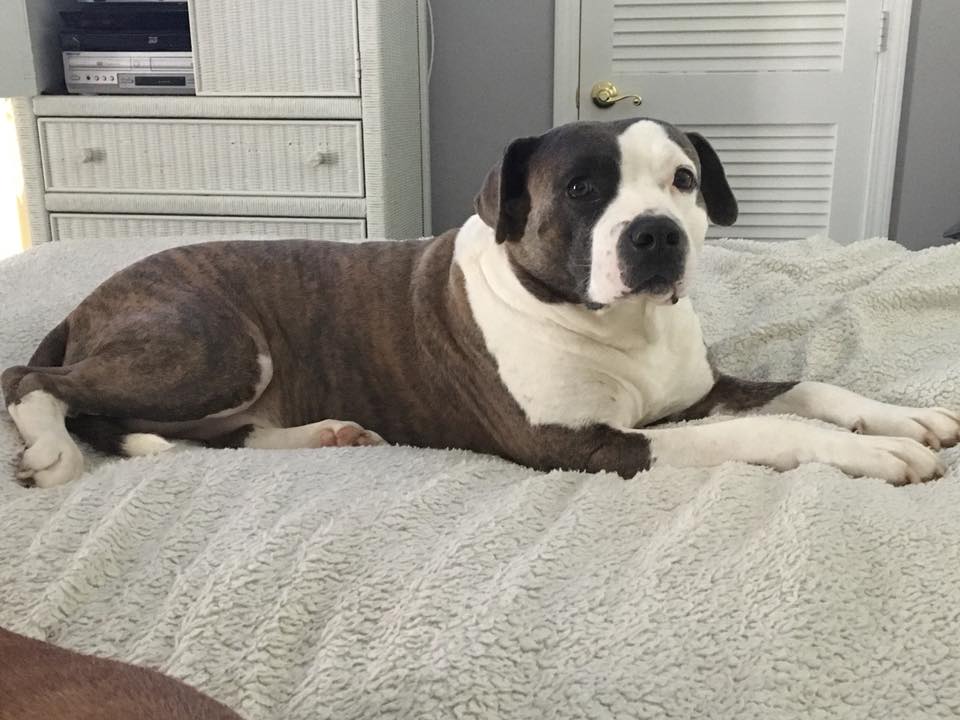 Dogfighting is a common cruel industry that often goes overlooked and unnoticed because it is an underground practice.  While dogfighting is illegal in all 50 states, that hardly prevents people from continuing to abuse animals. If you suspect a dog is being abused for dogfighting, please contact authorities and leave an anonymous tip.

For more information on Missouri K9 Friends and the life-saving work they do on behalf of our furry friends, visit their website. To donate towards Buster’s care, click here.