Why You Should Use This Health-Promoting Tonic Every Day 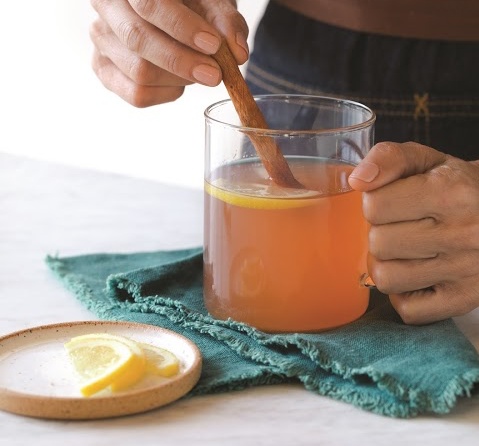 Hippocrates, the father of modern medicine, claimed a concoction of honeycombs and vinegar could treat a variety of maladies.  Folk medicine has used vinegars for centuries to remedy everything from warts to indigestion. Militaries throughout history, from Roman armies to Samurai warriors relied on vinegar to treat wounds and as a tonic to energize troops, and it’s so popular on the internet, it’s commonly referred to by its own hip acronym: ACV.

But just what is apple cider vinegar, what are its amazing health claims, and why should you be using it every day?

Vinegars of all kinds go very far back in human history. Babylonians used vinegar made from fermented dates for food and as a preservative, and traces of vinegar residue have been found on Egyptian urns. Recorded use of vinegar to treat ailments has been found in Chinese texts dating back to 1200 B.C. and of course, Hippocrates made his blend of ACV and honey famous.

Vinegar is created by naturally fermenting fruit, vegetables, grains, or sugar into alcohol. The alcohol is then exposed to air and the bacteria in it. That bacteria converts the alcohol into acetic and malic acids, creating vinegar.

In 1394, French vintners created a way to mass-produce vinegar, dubbed the Orleans Method. Oak barrels used to ferment the vinegar retained a small amount of the solution when emptied by the spigot. By refilling the barrels this remaining solution, and all its concentrated beneficial bacterias, enzymes, and proteins (known as the mother) would accelerate the fermentation process. Because of this quick-start process, the vinegar market flourished all over Europe.

In America, the availability of native crab apples, as well as the easy and ample crops from apple trees planted across the county by settlers, made apple cider vinegar immensely popular, not only for its taste and easy availability, but also for its medicinal properties and health benefits. Early colonial medicines relied heavily on ACV to treat illnesses in the new world.

While many apple cider vinegars commercially available today are pasteurized, clear solutions, it is only the unfiltered, raw, cloudy, and unstrained vinegar containing the mother that has the beneficial proteins and bacterias that make vinegar such a health-promoting tonic.

What Does It Do?

But why is unfiltered, raw ACV so great? While limited research has been done on this ancient and amazing elixir, anecdotal evidence is ample, and scientists are beginning to take notice. Here are some of the ways ACV can increase your health:

The acetic, malice, lactic and various amino acids in ACV have antiseptic properties, which can help destroy unwanted bacteria and yeasts in the gut, promote healthy bacterias in the digestive tract, and boost energy. Additionally, ACV is thought to balance the ph levels in the body. Dr D.C. Jarvis discovered a pattern of acid-alkaline balance in urine with relation to illness. In his book, Folk Medicine: A New England Almanac of Natural Health Care From A Noted Vermont Country Doctor, Dr. Jarvis discovered that the urine of subjects who were developing a cold shifted to an alkaline state. By drinking a daily dosage of ACV, the patients’ urine quickly normalized to a balanced PH and the suffers were able to bypass the illness, or reduce the length and severity of the cold. Anecdotal evidence supports this research, and there are many tried and true cold, sore throat and indigestion ACV based remedies. ACV can help break up mucus and cleanse the lymphatic system, which reduces swelling, congestion, and water retention.

Recent studies have discovered that the acetic acid in ACV can also suppress appetite and increase satiety, which can promote weight loss. It is theorized that the pectin fiber found in ACV can also create a feeling of fullness when taken before a meal, and can slow down the digestion of simple carbohydrates, keeping blood sugar levels even. Preliminary research suggests that AVC may have an important role in treating diabetes! Additionally, the acetic acid can also help release iron in the foods you eat, making it easier to hitch a ride on oxygen-carrying hemoglobin and oxygen-attracting myoglobin. More iron absorption means more oxygen used and therefore more energy consumed, leading to efficient weight loss.

There is some anecdotal evidence that ACV can regulate blood pressure and it is theorized that it increases nitric oxide production, thereby relaxing blood vessels. And the detoxifying, alkalizing properties are thought to reduce halitosis, as well as internally treat skin problems such as eczema and psoriasis.

Apple cider vinegar has amazing benefits when used externally as well! The ph normalizing power of AVC can keep skin healthy, clear and radiant. It is a spot on acne treatment, as well as a great moisture balancing toner, and irritant (like sunburn or insect bite) relief. Take a cue from soldiers throughout history and use it to treat wounds, burns, athlete’s foot or diseases such as eczema and psoriasis. Or splash it on sensitive skin as a soothing aftershave!  And don’t forget the old folk recipe for removing warts with apple cider vinegar!

How To Take It

It is important to always use apple cider vinegar that is raw, unfiltered, and contains the mother. Pasteurized vinegar won’t have the health benefits or potency of the raw versions. Also, it is never advisable to drink ACV straight as it can eat away at tooth enamel if not diluted. Here is a good standard daily recipe to take first thing in the morning or evenings before bed:

If the strong taste is a little off-putting, you can do like Hippocrates and add a little honey, or fruit juice or both. Or try this Refreshing Apple Cider Drink. And if you’re really adventurous (or have a fantastic apple crop) why not try brewing your own apple cider vinegar at home?