What You Need to Know About DHA-Omega-3: Current Sustainability + Algal Alternatives 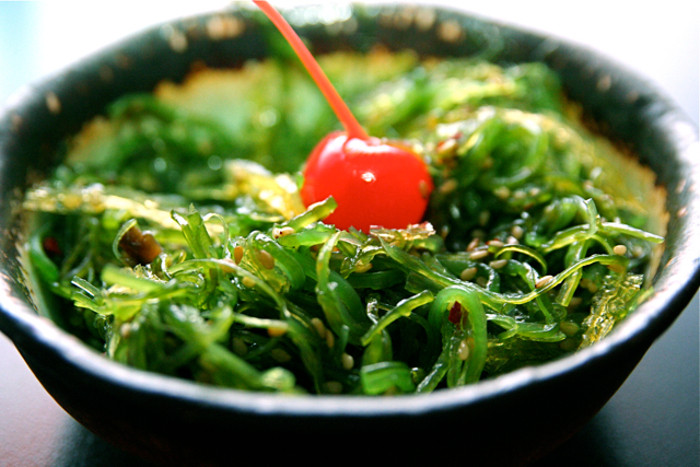 Omega 3 and 6 are examples of polyunsaturated fatty acids that are both required in the human diet; they have counteracting effects that are both vital for good health. While omega 6 promotes inflammation and clotting (important in wound healing for example), omega 3 has an anti-inflammatory and anti-coagulant role. While achieving a 1:1 ratio of omega 6 to omega 3 through the diet would be optimal, most of us today have ratios reaching even 30:1, which favors both inflammation and chronic disease (e.g. heart disease, arthritis, cancer, etc.). As a result to these skewed ratios, omega-3 is now a hot supplement on the market with some pretty strong scientific evidence to show its effectiveness at risk reductions for chronic disease. Current recommendations for daily omega-3 are 250 mg of DHA daily (up to 1000mg in people with heart disease for example), an amount shown to reduce heart disease risks by 36%! With current fishing practices being largely unsustainable, are our current primary sources of omega-3, which are either fish (2xper week) or fish oil, something that can be helpful for entire populations? How do vegan options stand up to these fish oil sources?  Should algae be the next step for a sustainable source of omega 3?

The three primary omega 3s are alpha-linolenic acid (ALA), docosahexaenoic acid (DHA) and eicosapentaenoic acid (EPA).  In the marine-based omega 3s (DHA and EPA), algae is the first source of omega 3, which moves up the marine food chain through bioaccumulation, giving large, fatty, cold water, marine fish the highest concentrations. ALA omega-3 is the land based omega 3 and can be found in nuts, seeds and many vegetables, with notably high concentrations in chia, flax, walnuts and avocados. Unfortunately, while ALA could be potentially an adequate omega 3 source if on an extremely low omega 6 content diet, it may not be a viable source for most of us. In the human body, ALA must be converted to EPA and then to DHA in order to produce the bioactive products but the conversion can be anywhere between 0.2-20%. Moreover, most studies indicate that a marine based omega 3 is required for any of the omega 3 health benefits to be achieved. This is a definite dilemma for vegans and people who want a sustainable omega 3 source alike.

Just how unsustainable are current practices?  The past 60 years have come with some serious development in marine fisheries. While production was at 19.3 million tons per year in the 1950s, by 2009 that number rose to 163 million tons! Currently about 70% of the world’s fish stocks have either been fully exploited or depleted and about 90% of the large predatory fish have gone extinct (e.g. tuna, shark, cod); today’s fish stocks are clearly being harvested faster than they can reproduce. It was estimated that by 2050 there will be a complete collapse of food fisheries around the world if current trends continue. While the primary omega 3 sources are from fatty marine fish, should these sources even be recommended with the implications of environmental destruction that fishing comes with?

To me, that answer should be no! We know that marine based omega 3 (EPA and DHA) are the ones that we need to be seeking out. Why not get it at the source with an algae alternative? Algae are the most common primary producers in the ocean, converting light and carbon dioxide to energy. They can grow quickly and easily on a large scale, and can be a very clean source of vegetarian omega 3 that can actually benefit multiple industries (e.g. biodiesel, animal feeds, natural health products, food products, cosmetics). The use of algae isn’t a new concept; it has been used for decades for things such as vitamins, animal feed, cosmetics and food additives. Algae omega 3 seem to be the most obvious step towards sustainability for omega 3 and is already found in a few outstanding, vegan products including Flora’s Udo plus DHA and Nutrasea’s Vegan Algae Omega 3. More and more algae omega 3 products are cropping up every year, and with more research and consumer interest, there is no reason that algae can’t gain enough popularity to lower current pressures that are on marine ecosystems.

Do you want to see algae omega 3 products succeed? At this point, it’s all about support! Spread the word about algae alternatives and maybe consider trying some yourself. With algae omega 3 products in their baby stages, consumer interest and education will go a long way to help them flourish to support the recommended omega 3 intake for not just small populations, but the world!