You are starting to feel run down, tired, depleted and flu like systems are lurking about inside.  Oh no, you are thinking to yourself I should have got more rest, took more Vitamin C, drank more fluids and ate more vegetables.

Having a strong Immune System is so much more then just fighting off that flu bug.  Your immune system is like the defensive line on a football team or the defensemen in a hockey game, for you Canadian Green Monsters!!! In football and hockey, the defensive team is protecting and guarding their zone from be invaded and ultimately being scored on, if they are doing their job!! The role of the immune system is very similar, its role is to protect you from getting bacteria, parasites and virus into your system and creating diseases.  In order for this system to work properly, you need to keep your defensive team strong.

Your immune system is responsible for fighting everything from a little scratch to major viruses that tries to invade your body.  If you think your immune system is an organ, that is incorrect.  It actually interacts with many organs to determine things that belong and don’t belong to the body, and then neutralizes or destroys the ones that are foreign.

If your immune system is weak or has been compromised your vulnerable to every type of illness that affects humans. Here are some questions to ask yourself; Do you feel constantly fatigued and tired?  Do you get repeat infections?  Do you have allergies? Does it take you longer to recover from an illness?  These are things to be aware of and even seek advice from a medical professional.

Here are some natural ways to keep your defensive team strong to protect and guard your body: 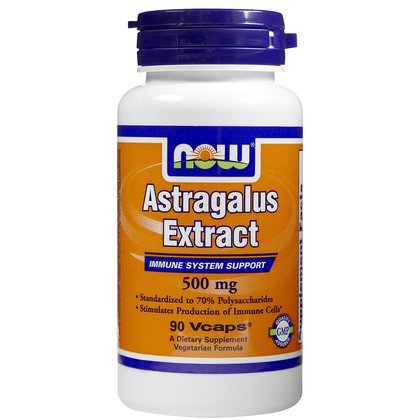 For more than 2000 years, Chinese herbalists have valued Astragalus for its adaptogenic properties, as well as for its ability to tonify the body’s “vital force” known as the Qi.  More recently, Astragulus has been found to support healthy immune function through numerous mechanisms.  Non-clinical studies using Astragalus have demonstrated its ability to stimulate the production of and increase the activity of specialized white blood cells, such as T-Cells and Natural Killer Cells.  Astragalus has also been studied for its role in the support of healthy liver and vascular function.  Herbalists recommend the use of Astragalus both seasonally and year-round to support a healthy immune system.

Echinacea and Goldenseal supports a healthy immune system response, maintains a healthy inflammatory response to seasonal stressors, promotes a healthy balance of mucous secretions of the upper respiratory system during times of seasonal stress.  The really great thing about this product is that it contains Echinacea right from Gaia’s farm, it’s a 100% vegan and tested for purity (free of pesticides and heavy metal toxicity).

Pure cultivated Cordyceps sinensis is a herb used for centuries in China as a vitalizing tonic that improves energy and benefits the function of various organs and systems. Ultra Cordyceps Plus contains a strain of cultivated Cordyceps that is recognized by the Chinese government as most similar to wild Cordyceps sinesis, a rare fungus found in Tibetan Highlands of China. Two herbs that support the rejuvenating effect of cordyceps are added: Ginkgo biloba extract and artichoke leaf extract.

Disclaimer: Always seek the advice of a medical professional before taking any supplements.