10 Scary Food Additives You Should Avoid 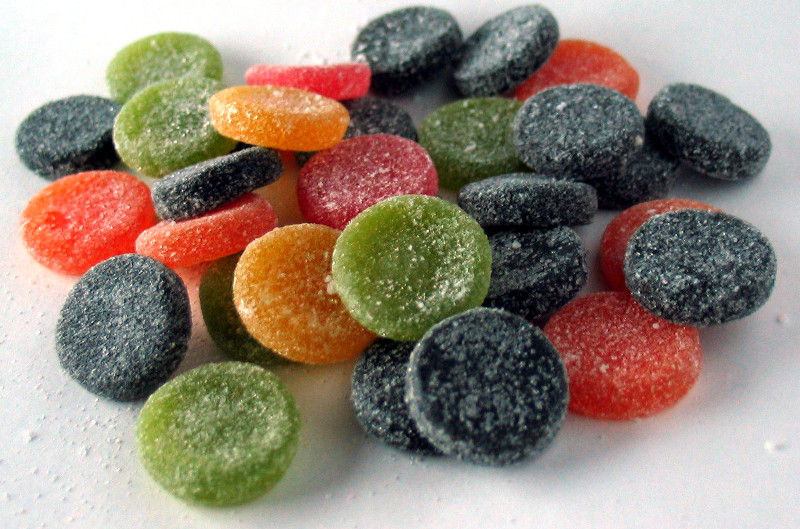 There are many things we should avoid, if we know what’s good for us. Food is a factor that plays strongly on how well we feel, how much energy we have, and how our bodies would sooner or later react to our food choices. In the case of processed foods, we should avoid the following:

Need extra sugar or GMOs in your food? Think again. High fructose corn syrup (HFCS) is known by other names like corn sugar, but it’s not metabolized in the same way as glucose. HFCS is derived from corn, as the name suggests, so it sounds harmless, but it contributes to weight gain, obesity, diabetes, and other diseases like fatty liver disease. It has been called poison by some. Overall, HFCS has not undergone strict, meta-analysis, but it can be rightly supposed by the studies it has undergone that it is not beneficial to human health. And, being commonly listed as the first ingredient on products’ ingredient lists, it is injected with gusto into numerous products to make them sweeter, much to the dismay of your pancreas.

As an artificial sweetener, aspartame seems like a better option than cane sugar or HFCS, but it is not. Accounting for 70% of this sweetener’s sales is diet soda which is in of itself problematic. Aspartame can induce headaches, compromise learning and emotional functioning, and contribute to other neurological disorders. The FDA considers it to be a GRAS (Generally Regarded As Safe) substance, but those who passed the chemical as such may have been under political or monetary persuasion. Whether or not aspartame is linked to neurological ailments, type 2 diabetes, metabolic syndrome, and obesity is debatable.

While you may or may not have the genetic disorder phenylketonuria (PKU), which makes phenylalanine a toxic substance to your body, you should still be wary of this artificial sweetener. It is found naturally in foods with a high animal protein content like dairy, meat, and eggs. As phenylalanine is an artificial sweetener, its side effects and toxicity are similar to aspartame and sucralose: it may contribute to weight gain, metabolic disease, diabetes, and heart disease. Additionally, it may trick your body into metabolizing artificial sweeteners like sugar, so when you do eat sugar your body no longer process it correctly.

Last on the toxic list of artificial sweeteners is sucralose or Splenda. Sucralose has been found by the Washington University School of Medicine to affect the body’s insulin response and is “not inert.” The study illustrated that sucralose caused blood sugar to peak, raising insulin levels up 20% more than glucose. Artificial sweeteners do affect the metabolism, no matter the dose.

Monosodium glutamate (MSG) is a salt from the amino acid glutamine. Although it is naturally present in tomatoes and cheeses, MSG traditionally was derived from seaweed broth in Asian cultures. Today, MSG is fermented from starch, sugar beets, sugar cane or molasses. As a flavor enhancer, MSG is commonly found in Asian cuisine, processed meat, and canned goods. Reactions to MSG or the MSG symptom complex, include the following: headache, sweating, tightness, burning and pressure in the facial region, nausea, and weakness, among others.

Artificial flavors and colors may be carcinogenic, contribute to ADHD, or wreak havoc on your liver as toxic chemicals, but they are put in various foods anyways. The names “artificial flavors” and “artificial colors” are as ambiguous as the safety of using them. Whether or not you consider these to be safe, the FDA does and is happy to allow you to consume them in vast amounts. The toxicity of these flavors is unknown, and the only regulation on these flavors is a mere “threshold of toxicological concern” which holds that chemicals, like artificial flavors or colors, whose toxicity is unknown, can be ingested within certain limits.

Seemingly healthy as opposed to artificial flavors, natural flavors are not a better alternative. Natural flavors are created to make up for the absence of some flavor in foods. A substance constitutes as a natural flavor when it is derived from “spice, fruit or fruit juice, vegetable or vegetable juice, edible yeast, herb, bark, bud, root, leaf or similar plant material, meat, seafood, poultry, eggs, dairy products, or fermentation products.” Therefore, natural flavors are from a wide variety of “natural” foods, but trace chemicals in these flavors are toxic.

Dr. Mercola and dietician Kimberly Snyder, among others, deem agave syrup as far worse than HFCS. There’s nothing wrong with the blue agave plant, but the refining and intensive processing of it into syrup or nectar is the problem: after processing, it can have between 55-97%  fructose, almost twice as much fructose as HFCS. In regards to processing, caustic acids, clarifiers, filtration chemicals like sulfuric acid, and genetically altered enzymes are utilized in the process, arguably making the final product more toxic. The majority of manufacturers use these processing techniques except for a small minority of companies who follow higher quality standards.

Carmine, also known as Crimson Lake, Cochineal, Natural Red 4, C.I. 75470 and E120, is actually a dye from an insect. Dactylopius coccus, or cochineal, is a scale insect with carminic acid in its gut which serves as the basis for the red dye. Although it is a more natural coloring agent then the artificial substitute, creating the die kills the insect, so the end result is dye that is not vegetarian or vegan friendly. Few allergies are associated with carmine consumption, but it has been known to cause asthma attacks and anaphylactic shock.

Found in everything from baked goods to baked beans and peanut butter, these oils raise your “bad” (LDL) cholesterol and lower your “good” (HDL) cholesterol which drastically increases your chance of getting heart disease or any debilitating cardiovascular disease. Manufacturers have begun to limit trans fats in foods, but if you see a product containing it, for the sake of your health, do not purchase it.