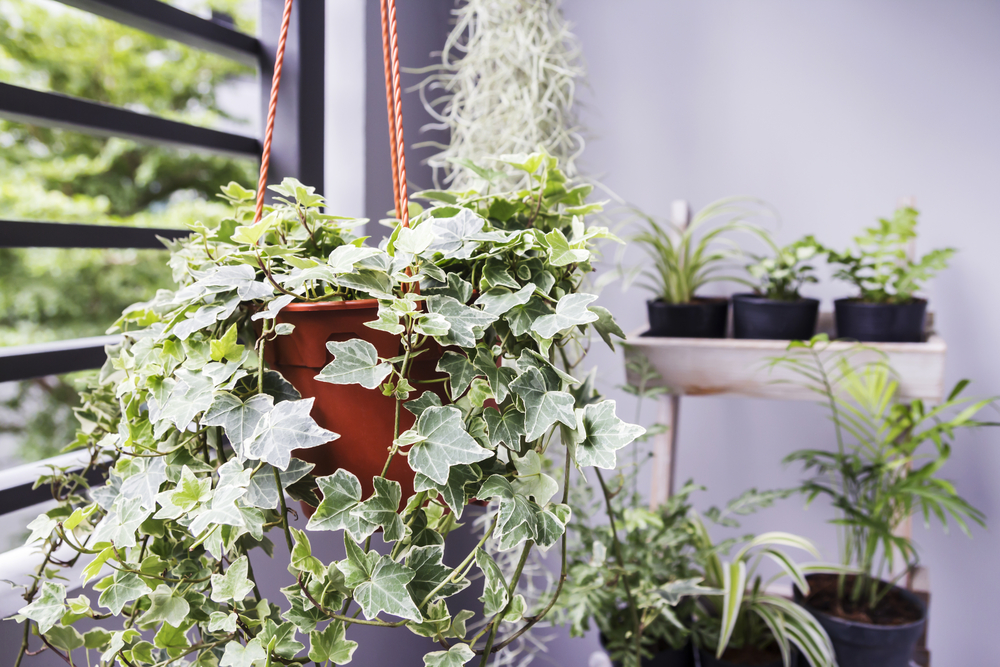 While the health benefits of plant-based diets are well documented, did you know plants can also help improve your health just by being in your home?

It’s true – a 1989 NASA experiment found that certain indoor plants can improve the air quality in a home by absorbing chemicals like benzene and formaldehyde from the air. The research found that a number of different houseplants could act as natural air filters.

Additionally, a study has shown that being in an environment with plants can help reduce stress and improve blood pressure and heart rate, reports Time.

Here’s a list of 10 great indoor plants to improve the air quality in your house or apartment. 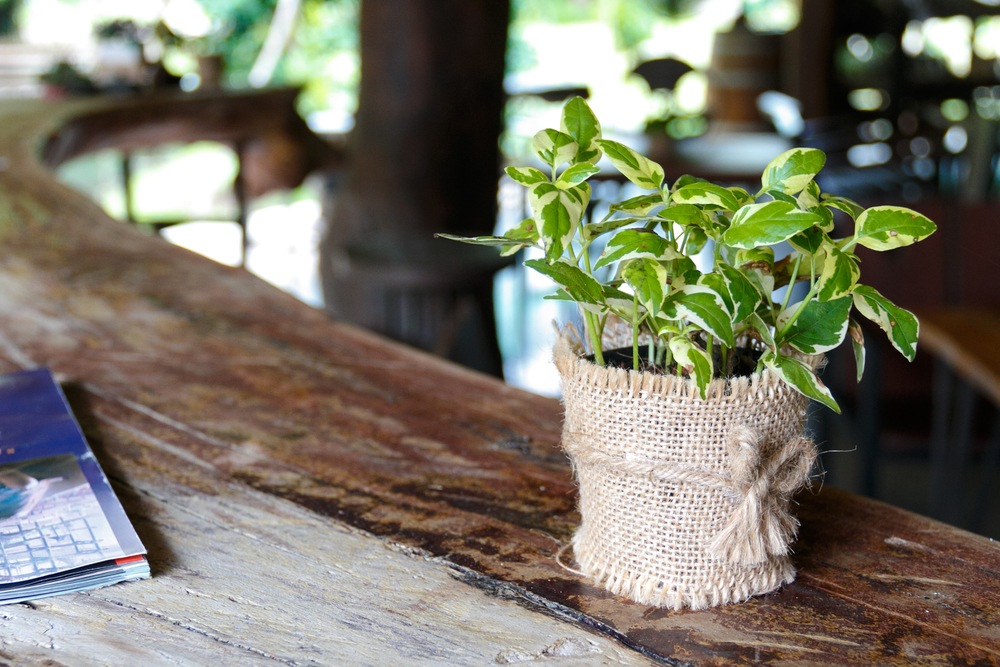 A very common houseplant, pothos are known for being exceptionally hardy, and are difficult to kill. While pothos isn’t the most powerful air-purifying plant, its ease of care means that you can grow this one in your house even if you lack a green thumb. Like other plants, pothos has air-purifying qualities as well, so if you’re looking to get the benefits of houseplants but aren’t so good at keeping them alive, this one is a great start! 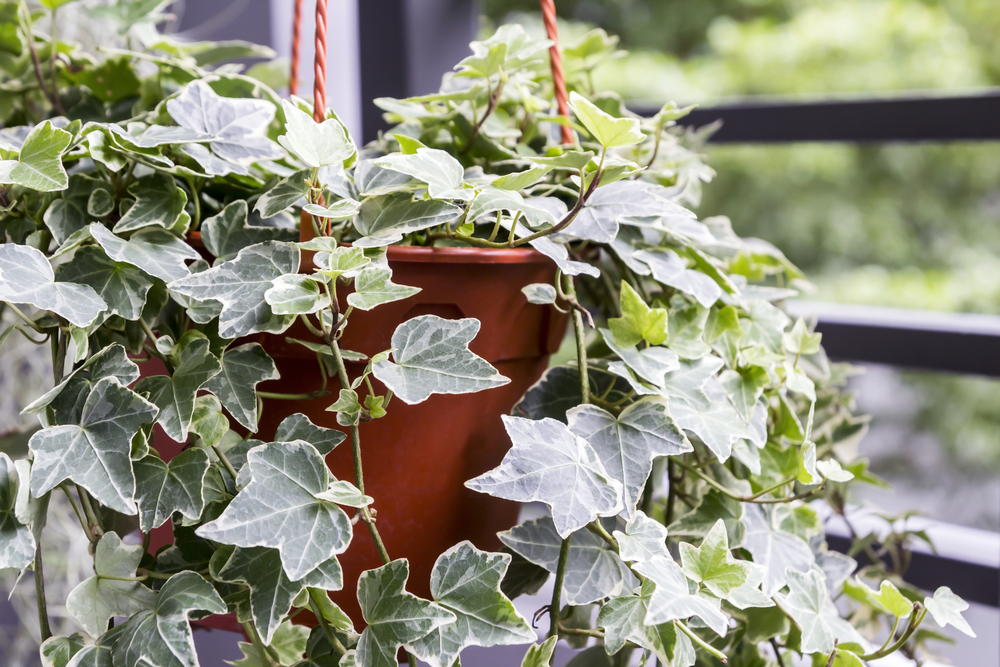 You might think of ivy as an outdoor plant that adds rustic charm to old buildings. But when you keep ivy indoors, it can help purify the air in your home. English ivy is especially good for absorbing mold in the air, according to Allergy and Air. A study authored by Hilary Spyers-Duran found that English ivy was able to absorb a large portion of airborne mold when placed in a container with moldy bread. This plant loves bright light and slightly dry soil, so put it somewhere sunny! 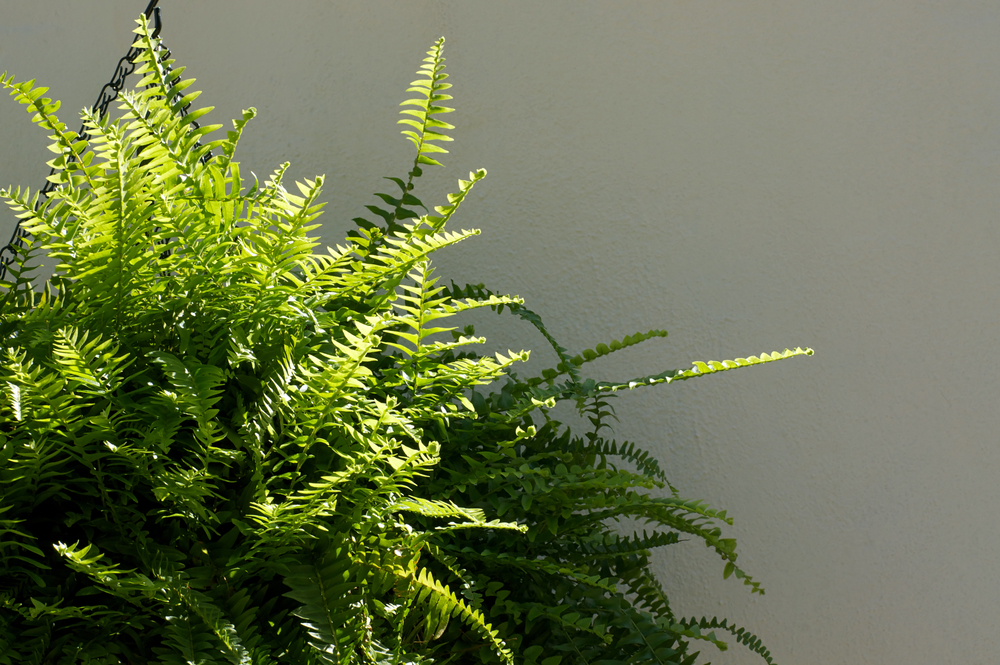 Boston ferns are known for being easy to care for, and they’re also a powerhouse for purifying the air in your home. Boston ferns ranked in NASA’s list of air-purifying plants for their ability to remove compounds like formaldehyde, plastics, or cigarette smoke from the air, according to SF Gate. These compounds are absorbed by the fern’s leaves and turned into materials that the plant can use. 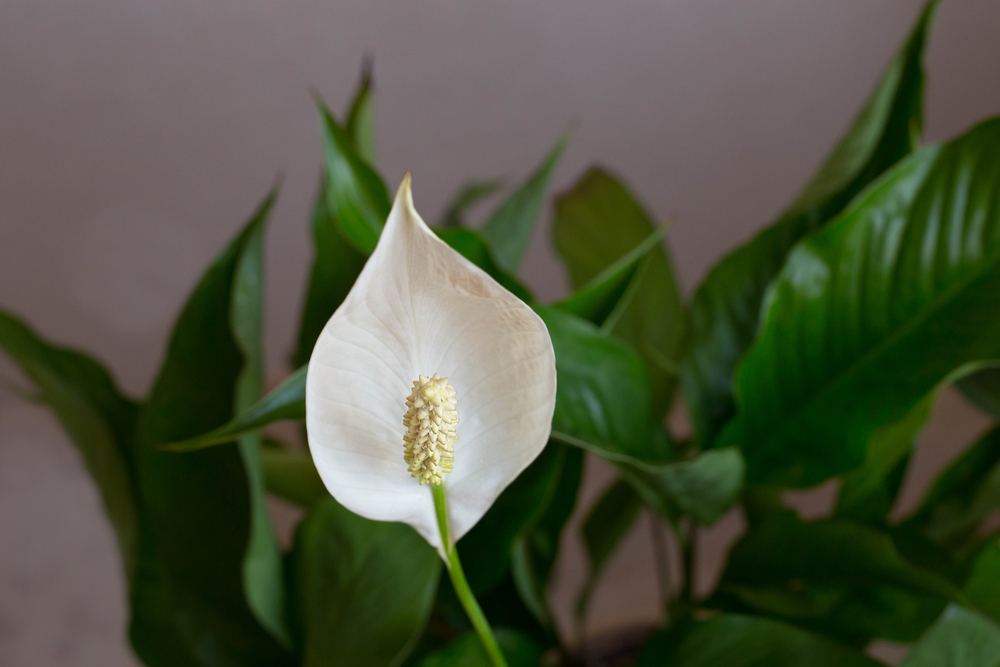 Peace lily is another plant that NASA found to be great for absorbing compounds in the air. It’s renowned for its ability to break down compounds like carbon monoxide, formaldehyde, and benzene.

Peace lilies, sometimes called “closet plants,” don’t thrive in direct sunlight. Put your peace lily somewhere where it can get indirect light and give you all the benefits of clean air. This is a great apartment plant for anyone who doesn’t get a lot of natural light. 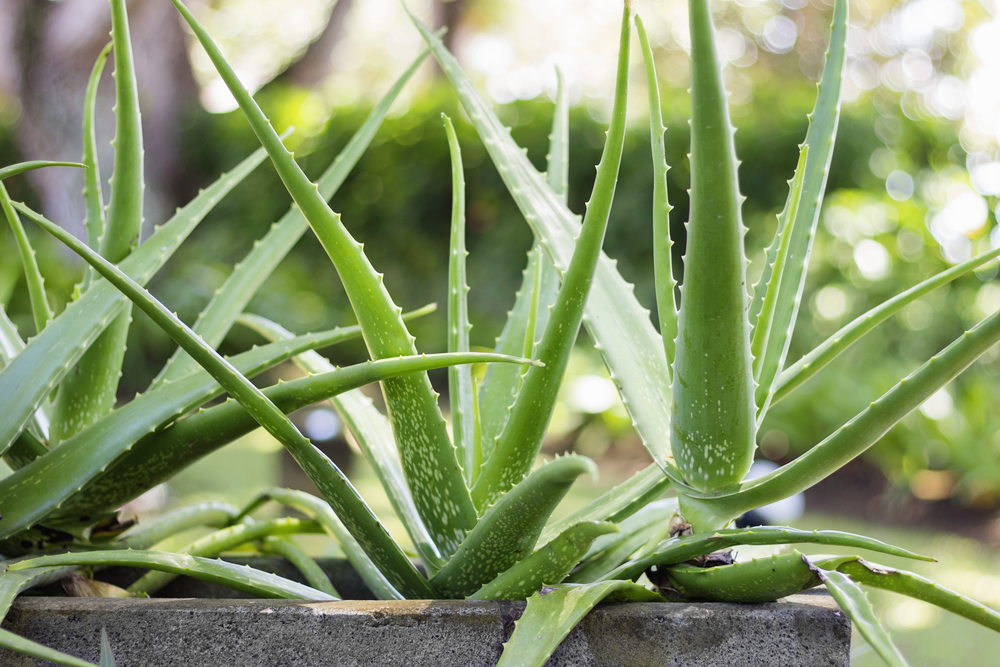 You might already know about the health benefits of aloe vera for skin, but the plant itself is also great for purifying air. It works to absorb airborne compounds from paint or cleaning agents, and you can also have it handy for treating your sunburn!

You can even use aloe vera in food and drinks, like these Raw Aloe Vera Brownies. 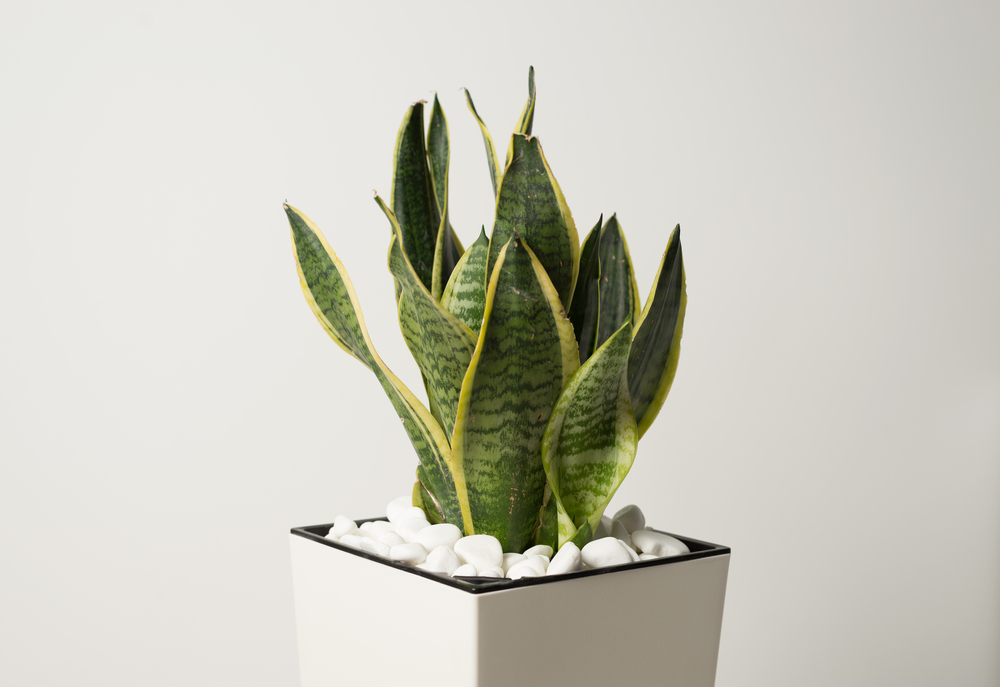 Snake plants absorb CO2 and convert it into oxygen. They’re a great plant to place in your bedroom because they’ll improve the air quality as you sleep, according to Lifehacker. Snake plants also work to remove xylene, toluene, and trichloroethylene from the air in your home. 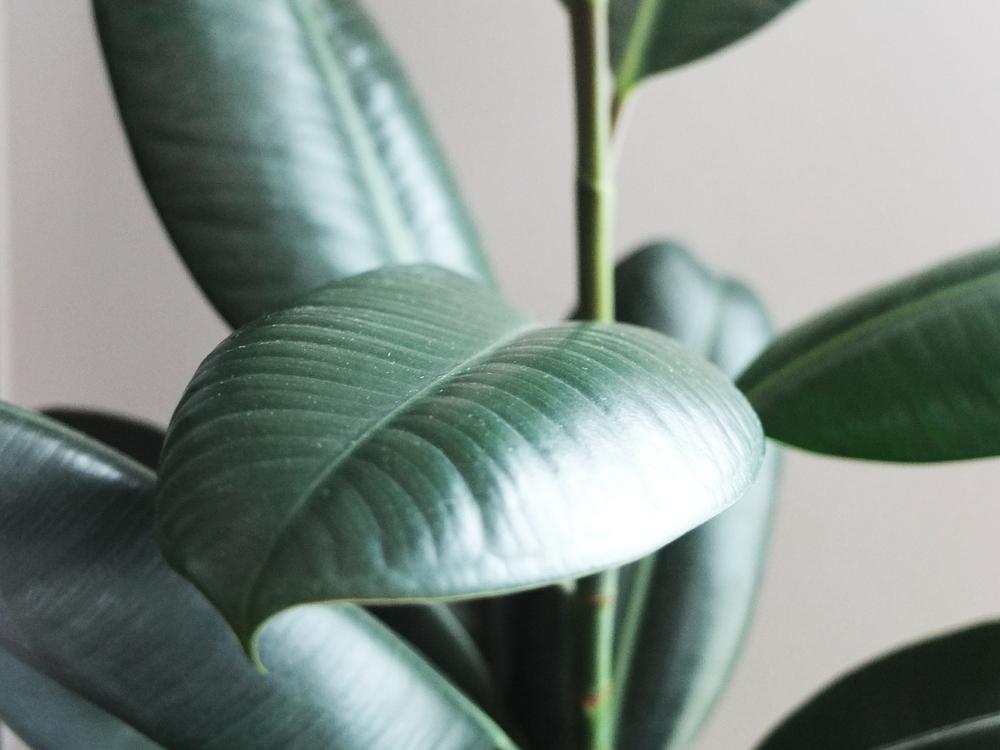 Looking for a slightly larger plant to make your air cleaner? Rubber plants can take a lot of neglect, so they’re not as difficult to care for as some other plants. Their large leaves absorb more material from the air, which is then converted either into nutrients for the plant or compounds for the soil, according to SF Gate. 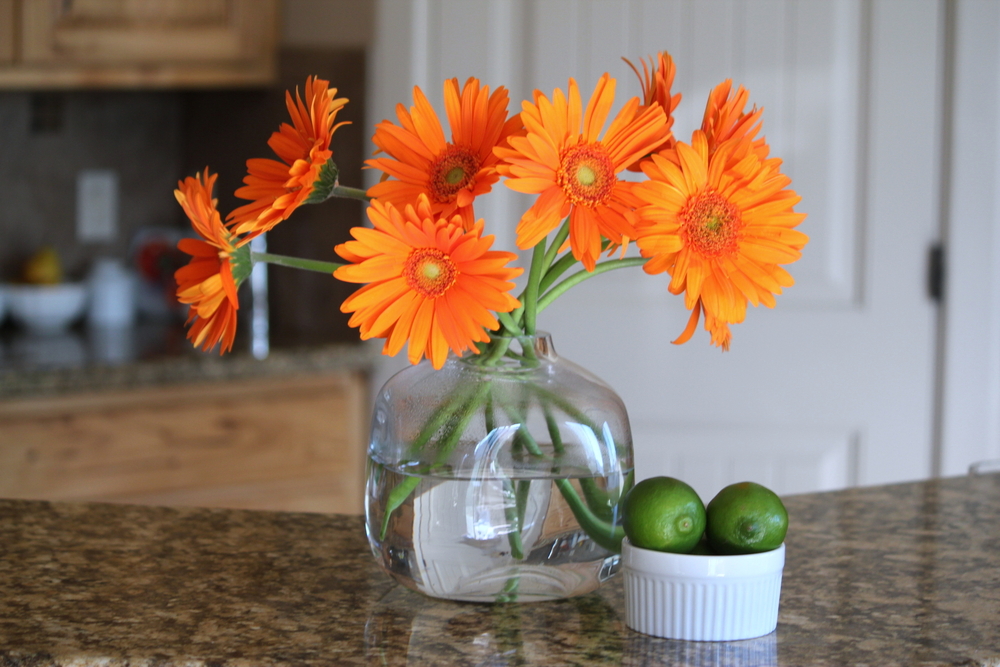 Gerbera daisy was found by NASA to be the most effective plant in removing benzene from the air. Similar to snake plants, gerbera daisies are known for their ability to absorb airborne compounds and produce oxygen at night, which may help those who suffer from sleep apnea, according to the Lung Institute. 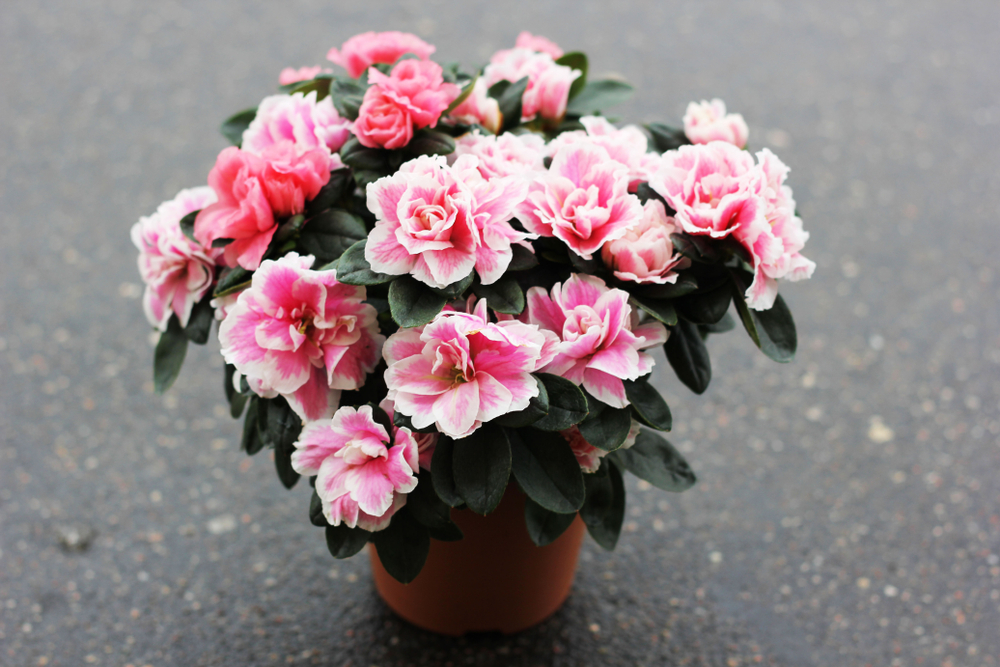 Azaleas, in addition to being a pretty flower to add color to your home, can help improve indoor air by absorbing formaldehyde. Just be sure to keep your azaleas misted, as they prefer a humid environment and moist soil. 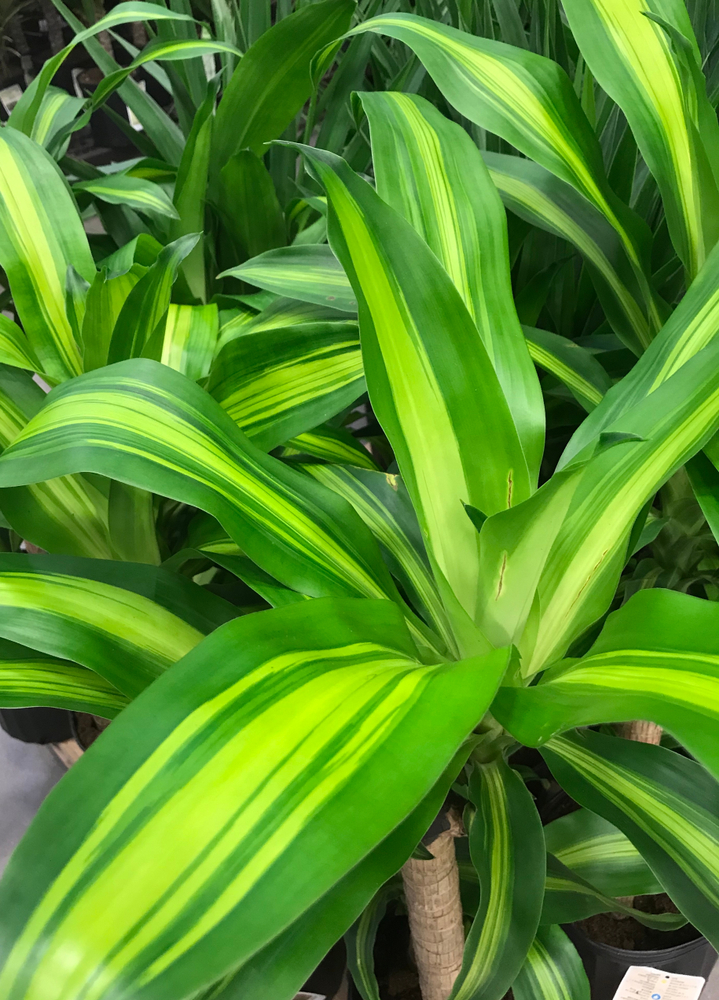 This plant ranked number one in NASA’s tests for removing formadehyde. Also called a corn plant, mass cane is a popular plant for sprucing up an office or home. It’s a slow-growing, low maintenance option for those who want to have a plant that both looks nice in their home, and make the air cleaner at the same time.

If you’re interested in more tips for healthy living, download the Food Monster App, where you can find tons of recipes for meat alternatives and other healthy food. The app is available for both Android and iPhone, and can also be found on Instagram and Facebook. The app has more than 10,000 plant-based, allergy-friendly recipes, and subscribers gain access to new recipes every day.