How to Zone Your Backyard Garden for Efficiency

What many new gardeners don’t realize is that the placement of different garden elements makes an enormous difference as to whether or not you’ll be eating this year’s crop. The first instinct of first-timers is to pick a spot that isn’t too intrusive, likely in the back corner of the backyard, and put in a few rows of whatever. This is a bad idea.

Think of it like this: It’s raining, and salad is on the menu. There are some beautiful lettuce leaves out in the garden, but to get there requires an umbrella (or getting drenched), rubber boots, and several minutes of time. Fresh, organic salad probably just exited tonight’s dinner plate.

Now, imagine if that lettuce was growing along the edge of the back patio. It’d be so much more convenient, even in the rain, to harvest some, and salad is much more likely to feature on any night’s menu. Designing with this kind of efficient mindset is the crux of what permaculturists do, and this particular aspect of it is called zoning. 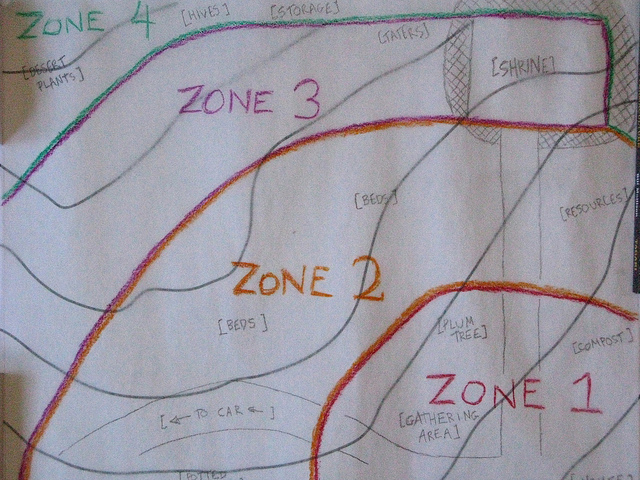 Without getting too much into what all we are growing and how it is grown, we need to start thinking where we grow it. Crops can be categorized many different ways — fruits and veggies, bushes and vines, summer and winter, and so on — but, for now, we need to concentrate on how they are harvested.

Let’s start by looking at lettuce again. Lettuce, namely the delicious loose-leaf stuff in organic mixes, is something gardeners can harvest daily. You pick the best leaves today, and tomorrow there will be more to get. In other words, lettuce is harvested very regularly, so it needs to be put in spots that are most convenient for us.

On the other hand, asparagus has one time of year in which we harvest it. The remainder of the year, the asparagus isn’t really something we need to tend to or worry about. Consequently, we don’t really need to have it so conveniently located. We’ll harvest it every couple of days for a month in early spring and not think about much again until next year.

The basic idea of zoning is that we arrange plants in accordance to how often we need to visit them: for food and, in some cases, for maintenance. Different permaculturists define the zones differently, but this is the general idea. 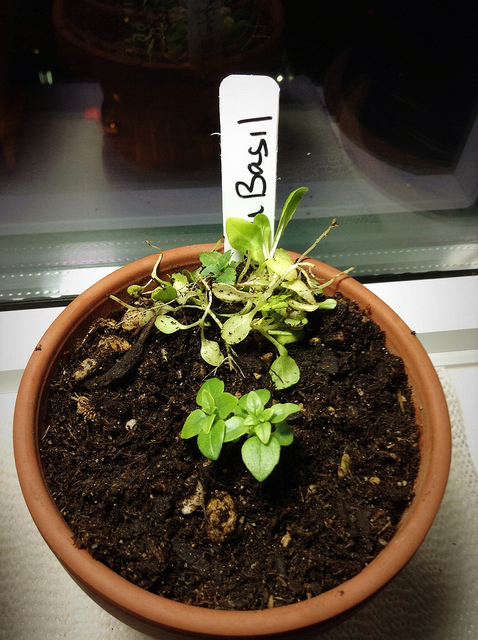 Zone 0 is typically regarded as a person’s living space, i.e. the inside of a home. This doesn’t immediately seem a likely place to grow food, but in fact, it is. Lettuce, yet again, is a perfect example of how this can happen. Imagine if, on that rainy day, wanting greens for a salad, there was no need to go outside at all.

Fortuitously, plants that we are likely to harvest every day or even every meal — salad greens and herbs — will actually grow in containers on windowsills. If we set out a few pots of edibles as our houseplants, then they are serving the double purpose of greening up the house and providing some food. 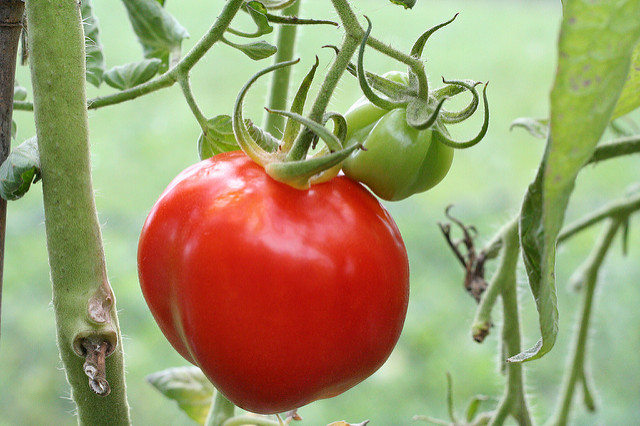 Zone 1 is the area near the house. In particular, they are the spaces outside the home with the heaviest amount of traffic. Imagine garden beds bordering the sidewalk to the door, the edges of the patio (or railing of the balcony), and the sides of the driveway. These are places that we don’t have to go out of our way to get to, as we would that back corner of the backyard, and that means it’s no big deal to pluck some produce or yank a weed as we pass.

These areas, too, can have greens and herbs, but they might also include other stuff that we harvest regularly rather than just once: tomatoes, green beans, cucumbers, summer squashes, okra, eggplant, and so on. Now, we’ve beautified the garden beds and hopefully filled vertical spaces with food instead of ornamentals. 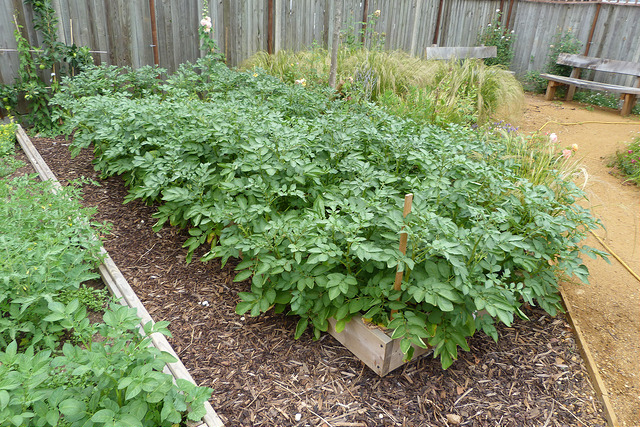 Zone 2 is where production gets a little larger. In backyard gardens, it’s when we finally get out into the yard, though preferably nearer than the fences. These areas are used to grow crops that require a little less attention, both in maintenance and harvesting. Rather than growing these in typical rows, they can be in raised beds, straw bales, and/or keyhole gardens.

In these gardens, we might put things, like potatoes, onions, carrots, garlic, and so on, that have one main harvest and store very well after they are picked. Heads of cabbage, autumn squashes, corn, and sweet potatoes would all fit into this category. These are gardens we don’t have to necessarily visit on a daily basis, but we do have to keep an eye on.

Zone 3 — at least in backyards — would likely be where things start to hit the edges of the yard, those back corners and the sides of the house that don’t get visited except maybe on weekends or special occasions. These areas are well-suited for crops that produce annual harvests, and it’s best that they don’t need a lot of attention.

On these outer edges is where the suburban and urban farmer can grow a small food forest. Dwarf fruit trees will function well. Living hedges can be made of hazelnuts shrubs or berries. Vines could be climbing fences and walls. There is likely room for two or three large, productive trees, maybe a pecan or apple. The plants need occasional pruning and will provide big amounts of food in a relatively short timespan. 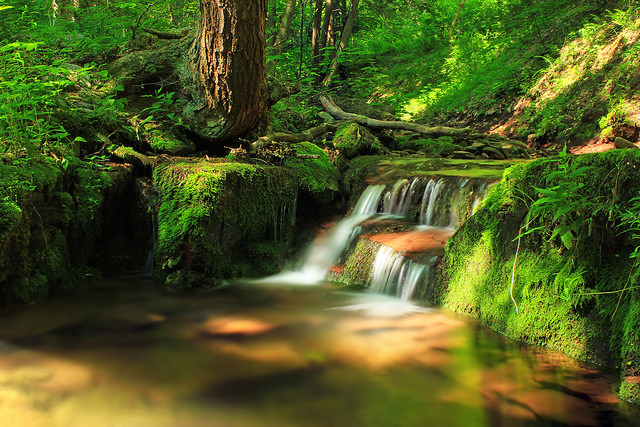 Zone 4 is usually an area of semi-wild growth, often with some firewood and/or timber production, and zone 5 would be left to go completely wild. In a backyard scenario, one of these features gets a sort of symbolic nod, usually in the furthest reaches. They require very little maintenance and provide little in the way of something harvestable. However, they are great wildlife refuges and, thus, spots to observe.

Now, the backyard has become an efficient and highly productive garden! That means it’s much more likely to be used and enjoyed, and that’s the whole point of putting in a garden in the first place.