How to Plant a Food Garden On Top of Straw Bales 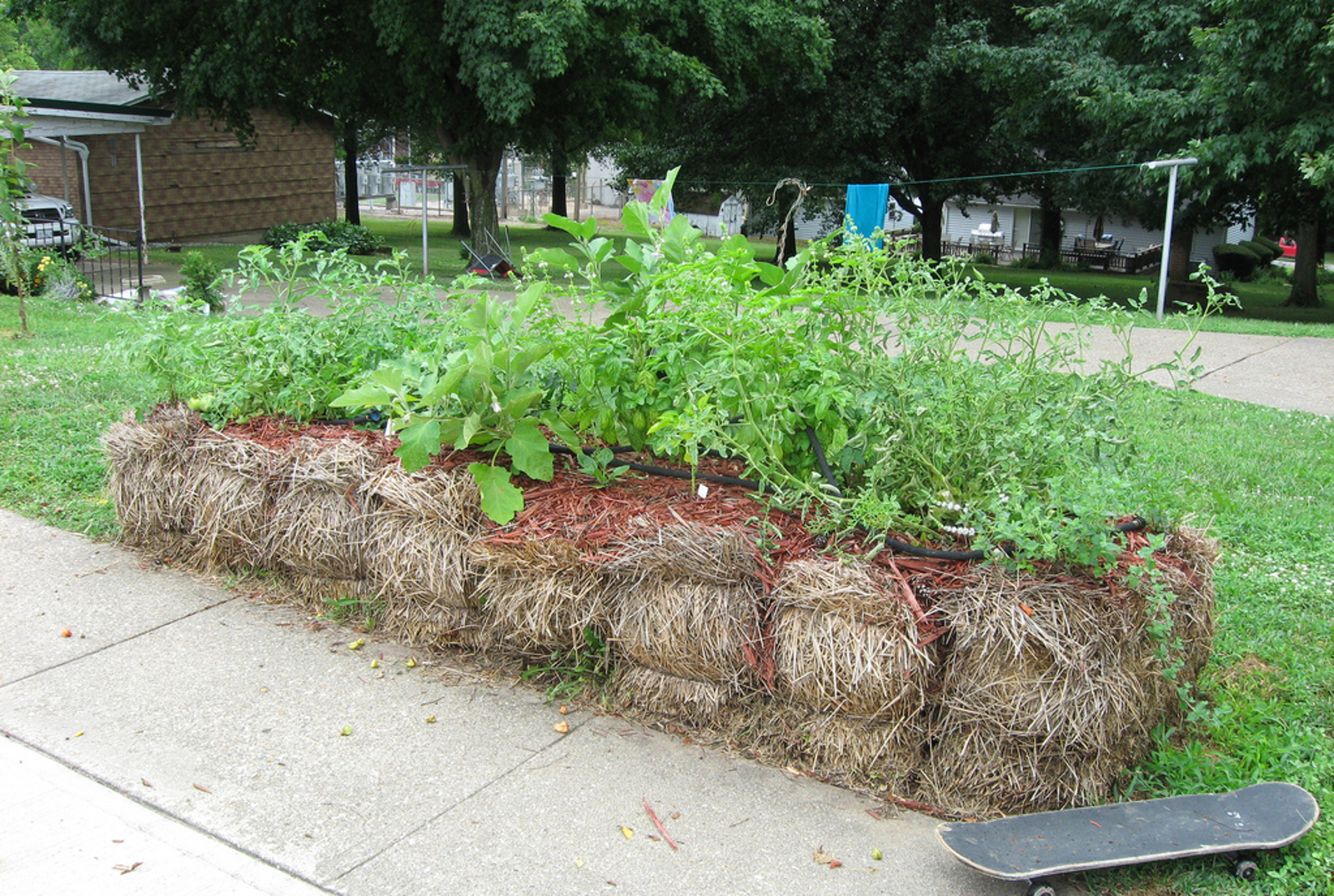 When it comes to growing our own food, especially for those in urban and suburban areas, space can be a major obstacle. Often, there is simply isn’t enough earth available to get the job done, stopping the garden plans before they begin. However, it doesn’t have to be this way because straw bales are a great space-saving method for cultivating plenty of food without soil.

The benefits of growing gardens in straw bales are many. Not only does it not require soil, but also not having soil means soil-borne diseases are no longer a problem. Weeds, which usually come from dormant seeds exposed in soil, are an issue no more. The bales themselves are composting as the garden grows, providing both nutrients and a favorable temperature for roots. Inexpensive, readily available straw bales can also be arranged to fit into whatever space there is (on the lawn, driveway, or balcony). They can then be harvested from without bending and composted at the end of the season for an added product.

In other words, it’s time to learn how to grow food in straw bales.

Setting Up the Straw Bales

For those of us wanting to garden organically, sourcing the straw can be a small challenge. Most garden centers won’t know where their straw has come from, so finding a source — a farm — from which to directly purchase bales is the best bet. Fall is the best time to get bales because grain harvests are coming in at this time, and, no worries, the bales will be fine to use come springtime.

When the sourcing is done, straw bales can be arranged any way we like on any surface. They work on rooftops, in backyards, and on patios, if need be. They should be placed cut-side up for the straw to better absorb water and positioned so that they are easy to harvest from. If they are on a lawn, it’s a good idea to put them on cardboard boxes or landscaping clothes to prevent weeds from growing up through them.

Once in position, about two weeks before planting, the bales should be conditioned by watering them daily.  For the first six days, three cups of organic fertilizer should be added every other day. Then, one and a half cups should be added for the next three days, seven through nine. Finally, three cups, with special attention to phosphorus and potassium (organic banana peels work great for this), should be added on the last day. 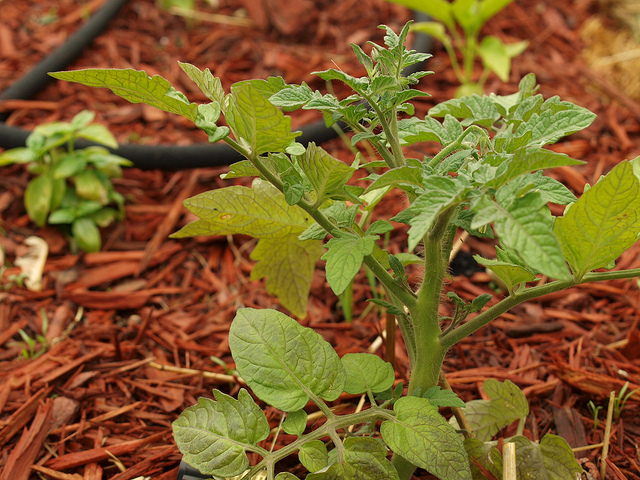 Setting up some infrastructure for the straw garden is a great idea. Poles, pipes, fence posts, or even sticks can be shoved at the end of the outer bales of a row and twine stretched between them. Not only can this act as a trellis for vines, like cucumbers and peas, but plastic sheeting can be fastened over the top length of twine to create a sort miniature greenhouse should the weather go whacky.

To cultivate the bales, use a trowel to make small holes in the top of the bale and fill these with a bit of potting mix. Seedlings are planted in the holes and watered in. When using seeds, a layer of potting mix can be spread across the top of the bale and the seeds germinated in it. As the seeds move into plants and develop roots, the roots will reach down into the decomposing straw bale. Also, don’t forget to put some flowers or culinary herbs on the sides of the bale, utilizing as much planting space as possible.

A soaker hose can be stretched across the top of each row of bales, and this will eliminate much of the work until it’s time to harvest. Technically, straw is supposed to be seedless; however, sometimes it isn’t done correctly or is actually hay, and that means grass might start popping up. If this happens, it can be weeded out, but it won’t really interfere with the crops. So, if the appearance isn’t a worry, why bother?

Harvest After the Harvest

One of the best parts — and we know there are many great parts — of growing in straw bales is that, at the end of the season, the bales and the garden waste from the vegetable plants can all be stacked up to make a compost pile. This compost can either be used when planting seedlings and seeds in next year’s bales, or it can be the beginning of creating fertile and permanent raised beds. In other words, the whole garden cycles into growing next year’s food, cutting down costs even further and making those bales even more valuable. This is a great way to get started with gardening.