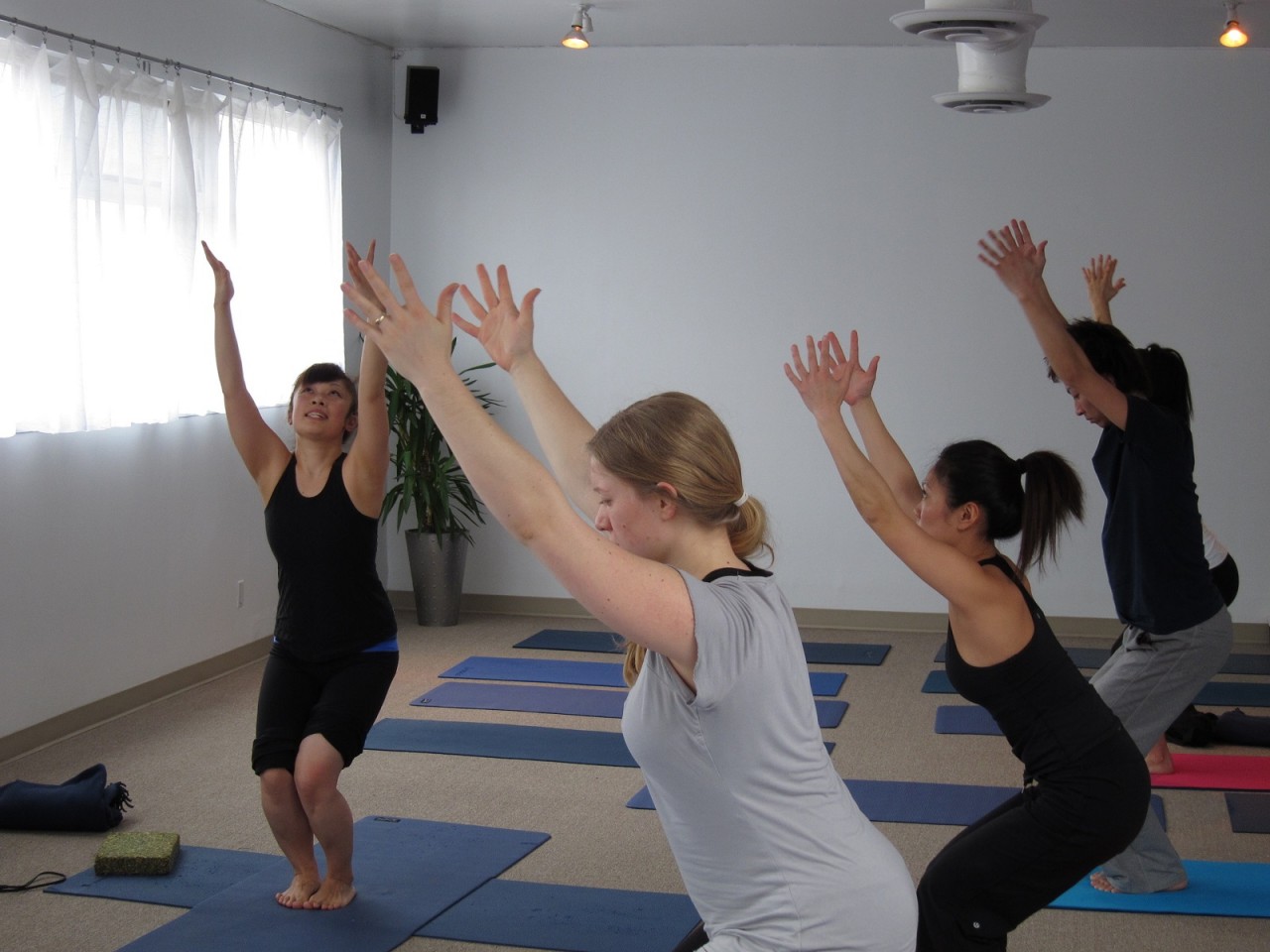 If you’re new to yoga, sorting through all the different types can be slightly confusing. Vinyasa, Bikram, Hatha…and the list goes on. To help you get orientated with a few of these types, let’s compare Bikram and Hatha, two common offerings at many yoga studios across the country.

According to the Sanatan (Yoga) Society, hatha yoga is concerned with “concentrating on the practice of postures (asanas) and breath control (pranayama) to energize the subtle channels (nadis) in the body.”

Bikram yoga, or “Bikram” for short, is an offshoot of traditional hatha yoga created by Bikram Choudhury that consists of 26 postures and two breathing exercises. Allegedly, the postures “systematically work every part of the body, to give all the internal organs, all the veins, all the ligaments, and all the muscles everything they need to maintain optimum health and maximum function.” Jennifer Boushy (a certified Bikram yoga instructor as of 2009 at Bikram Yoga Green Valley-Henderson and biology teacher at the University of Nevada Las Vegas) believes that Bikram is more structured than normal hatha yoga, noting that “Unlike other disciplines [of yoga], students are discouraged from modifying the postures. We do not change the posture to accommodate the body; we change the body to accommodate the posture and vibrant health is the result.”

A stark difference between traditional hatha yoga and Bikram is the heated room or “torture chamber” only found in the Bikram class. The room is heated to 105 degrees Fahrenheit with 40 percent humidity. Boushy comments on this environment saying, “These conditions maximize detoxification, oxygen delivery to the tissues of the body, and protection of the body due to increased malleability. Proper hydration is essential for healing; the heat encourages more water intake throughout the day. Although there is a substantial fear of the heat, very few people have any negative side effect from the heat; the most important factor is the student’s breathing.”

In contrast to Bikram yoga, hatha yoga is not practiced in a heated environment and does not follow a prescribed set of postures. Usually, when a class is marketed as hatha, it generally means that “you will get a gentle introduction to the most basic yoga postures” and that you won’t break out in a sweat.

Boushy notes that, because every Bikram class is at a beginning level, “Bikram teachers are taught how to teach to beginners and we then gain the experience over time to teach to higher level students. Nearly every Bikram yoga class has at least one first-time student. Practitioners of 10+ years take the same class and are challenged by the same class as a first-timer.”

Bikram classes always have a variety of people of different experience or levels, but more experienced Bikram students are there to help and lead by example for first-timers. “While this may seem a bit intimidating at first, it gives our practitioners the opportunity to be inspired by people of all levels. New people will see what the body is capable of doing over time and experienced practitioners have the opportunity to be inspired by a newer student’s perseverance and progress,” Boushy encourages.

Both Bikram and Hatha yoga foster the development of strength, flexibility, bodily relaxation, and mental concentration. Hatha yoga appears to be more spiritually focused than Bikram yoga, though: hatha yoga aims to awaken the dormant energy or shakti of Shiva that “animates the subtle body but is concealed behind the gross human frame.” The subtle anatomy containing this shakti is usually described as “a series of lotiform chakras wheels rising from the anal or genital area to the top of the head.” Joining both female shakti and male Shiva creates a union that is “indistinguishable from enlightenment and even immortality.” Bikram does not intend for any kind of these joining of chakras, but it does emphasis a body/ mind connection which is ultimately similar to hatha yoga. “More important than the differences between Bikram yoga and other yogas is the similarity [between all of them],” Boushy iterates, “all yoga brings people together by bringing us closer to ourselves.”

No matter the type of yoga you indulge in, you’ll be doing great things for your body and soul! Hit up a class sometime soon, and let us know how how it goes in the comments!