Why Linen is the Ultimate Sustainable Textile 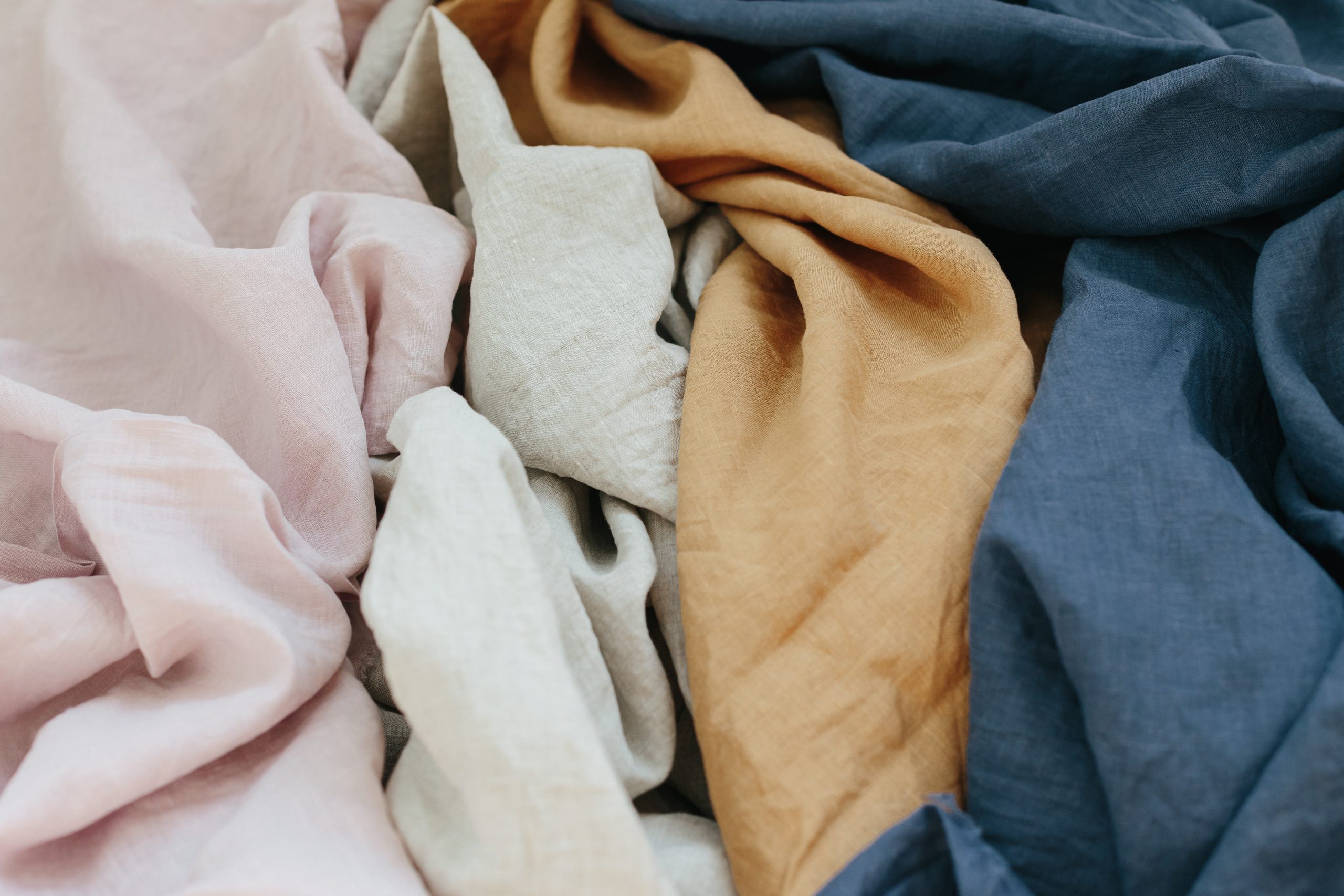 As summer rolls around, people start to incorporate more linen pieces into their outfits. This feels like a great opportunity to talk about how awesome linen is and why you should be opting for it more! Linen is the oldest textile around, so it’s not surprising that it’s also one of the more sustainable textiles available today. The fabric is made from the flax plant (yes, like the seed) and has a rich and interesting history.

Keep reading to learn more about why you should wear your linens with the respect and pride they deserve!

Flax isn’t just what we sprinkle on top of our oatmeal, it’s also one of the first plant fibers used by humans. The plant stalks have been fermented, dried, crushed, and beaten into a fiber for thousands and thousands of years. Although we have a plethora of great textile options today, the invention and widespread use of linen throughout history was an incredibly big step in humanity’s development.

Linen was first made before 10,000 BCE and has been woven through history ever since. A popular example of the use of linen is by the ancient Egyptians, who, among other things, used linen to wrap their embalmed mummies. But linen dates further back than the pyramids, the textile has been found in prehistoric lake dwellings in Switzerland!

While the linen industry was incredibly successful in Europe, the American cotton industry minimized linen’s popularity and importance. That doesn’t mean cotton is better, their industry was just bigger and louder.

The flax plant is very adaptable. This means it can grow in various climates, minimizing the carbon footprint created by shipping in or out. To make matters even better, flax doesn’t need a lot of chemicals to produce a healthy crop. It also doesn’t require an external irrigation system. Rainwater is enough to let the crop grow and thrive enough to be harvested and turned into fabric.

Flax is also a break crop, which means it can improve the overall soil quality of land, allowing subsequent crops to thrive in the rejuvenated soil. Considering how prevalent soil depletion is becoming, the fact that the flax plant does the opposite is absolutely incredible.

Linen is relatively energy efficient. About 80% of its water and energy is used to wash and iron the finished garment. Only a mere 20% of its energy comes from growing and making the actual fabric. This says a lot more about today’s clothing industry than linen itself! Developing more standardized garment washing and ironing methods is key to reducing fashion’s overall negative impact on the environment.

Linen uses significantly less water and pesticides than cotton. Cotton also consumes a large amount of energy when it is spun because of how mechanized the production process is.

It’s no surprise that linen is extremely sustainable compared to polyester. This synthetic fiber uses heavy metals in its production process, twice as much energy per kilo of fiber compared to cotton, takes up to 200 years to decompose, and releases microplastics into the environment every time it’s washed.

While bamboo sounds equally as sustainable as linen, it is incredibly labor-intensive which does raise a few ethical questions. The plant is also cooked in a range of harmful chemicals that have been proven to harm human and aquatic life. Linen, on the other hand, does not require any harsh chemicals during its production process. Athough, that’s not to say some companies don’t use them.

Durability and sustainability go hand in hand. The longer something lasts, the less you have to replace them, and the less waste you end up contributing to landfills. Linen is stronger than cotton, dries quicker (which means less time in the dryer), and is not as prone to damage via sun exposure. The fibers also keep you cooler, making it the perfect spring and summer textile!

You should be wearing more linen this summer! It’s sustainable, will keep you cool, and how awesome will it be to know you’re wearing the same type of fabrics that clothes our ancestors into modern civilization.

The history of linen is a testament to how sustainable it is. Humans have been able to continuously grow and make the fibers for thousands of years, so it’s literally (almost) timeless!

While new linen can sometimes get a little expensive, thrift linen is a far more affordable option. Keep your eyes out for any good finds and have fun wearing the textile of our past, present, and future!