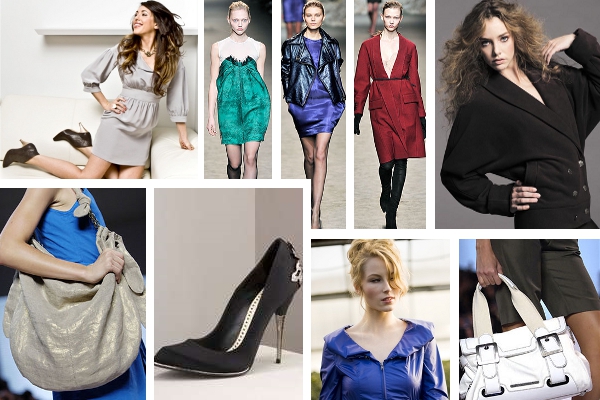 What does fashion have to do with being vegan? That’s a question I hear a lot and, actually, I’m not surprised. So much focus these days has been on what vegans eat that often veganism is not being full represented or understood."> Vegan: What's Fashion Got To Do With It? - One Green Planet
Food Monster App Tiny Rescue Shop Newsletter Support Us Cookbooks Petitions

Vegan: What’s Fashion Got To Do With It?

What does fashion have to do with being vegan? That’s a question I hear a lot and, actually, I’m not surprised. So much focus these days has been on what vegans eat that often veganism is not being full represented or understood.

Yes, many people become vegan for health reasons but eating a plant based diet while wearing leather does not a vegan make! This concept gets so many people mad at me. Baby steps, they say, baby steps, and I’m all for that. But to me, the whole concept of being vegan is incredibly meaningful, and the meaning gets lost (and more animals die) when we don’t see the whole picture.

Becoming vegan is not a choice I made lightly. I did it with the full intention of reducing suffering, and, as a result, I like to help people understand it in all its beauty (and I mean that literally as you’ll see!).

To be honest, up until 6 years ago I had no clue as to what a vegan was. Well…I had a vague idea but really only some hazy understanding that vegans didn’t use any animal products. Truthfully, if I’d known fully what being vegan meant and why, I would have taken the leap years ago. And, for that reason I have to believe that there are other future vegans out there for whom veganism is either an obscure concept or not even on their radar screen.

Actually, my transition to being vegan was immediate once I started doing some research into where our food comes from. Little did I know that what I would read would change my life so completely and profoundly.

The breaking point came when I learned that by eating cheese, I (someone who hadn’t eaten meat in 25 years) was directly contributing to the veal industry. To say I was horrified is a gross understatement. I had such remorse that I hadn’t known this earlier. How could I not know! Why hadn’t anyone told me? And, then, the more studying I did the more I understood that no one wants us to know.

So, in a matter of days I made a life-altering decision — I would become vegan. That was that! No looking back…no moaning and groaning. And, believe me, I had a lot to groan about (or so I thought initially).

You see, I am an image consultant and have been for the past 24 years. This means that fashion and style are what my passion and livelihood are all about. I empower women to look great and feel great about how they look. How was I going to do this and be true to my newly acquired values?

As far as I was concerned there was no going back. I had seen where our food comes from, and it wasn’t a pretty picture. When I did more research and learned where our clothes and shoes come from, it was equally as gruesome. I could not, in good conscience, continue to wear anything made from animals.

So, rather than complain, I chose to make it an adventure to become a shining example of how to dress stylishly without contributing to animal suffering in the process.

The good news is that, with every passing day, it has gotten easier. Today, you can find man-made shoes at every price point. Some, like Olsen Haus shoes, even focus on environmental issues as well as animal concerns and recycle industrial waste (television screens) to make their shoes. How cool is that!

So, what can you do?

1. Read, read and read some more. When you understand what you’re protecting (the rights of animals not to be tortured in the name of fashion and, to take it a step further, not to be treated as a commodity), it’s much easier to forgo that pretty pair of leather shoes or handbag than if you can’t imagine or acknowledge the suffering that went into making it.

2. Know what you are wearing. Chances are good if you’re reading anything on One Green Planet then you have a healthy curiosity, and you want to make a difference in the world. It’s just as important to read the labels on clothes as on food. A little bit of leather on sneakers still means that animals were skinned. A fur collar involved cruelty in the same way as a fur coat. The little things add up!

3. Ask for what you want. The next time you go into a store and it seems that everything is made out of some kind of animal, ask them if they carry non-leather shoes or if they have a jacket that’s not made of wool, or whatever is appropriate for the kind of store you’re in. The more awareness you create and the more often people hear the term vegan or faux leather, for example, the more likely they are to be curious and want to fulfill a need.

For instance, I recently went into a store and when I inquired about a lamp I was interested in, the owner said, “Oh, you mean the one with the silk lampshade?” My delight turned to disappointment, and I thanked him but said I couldn’t buy anything that was made of silk. We continued with the transaction (the pottery I was buying) and as he handed me my change he said, “Why won’t you buy silk?” I explained to him that the silk worms are generally steamed or boiled alive in order to retrieve the silk strand. He showed genuine interest and said he definitely had to know more about this and thanked me. While you don’t always get that kind of response, the more awareness you create the more likely change will happen.

Just as there have been many misconceptions about what vegans eat and how deprived they must feel (not so), there is also great misunderstanding (maybe even more because less is being said about it) about the limitations involved in choosing a wardrobe when you are vegan. Not convinced? Check out my video illustrating this fact: What you wear does make a difference and always impacts animals…for better or worse.