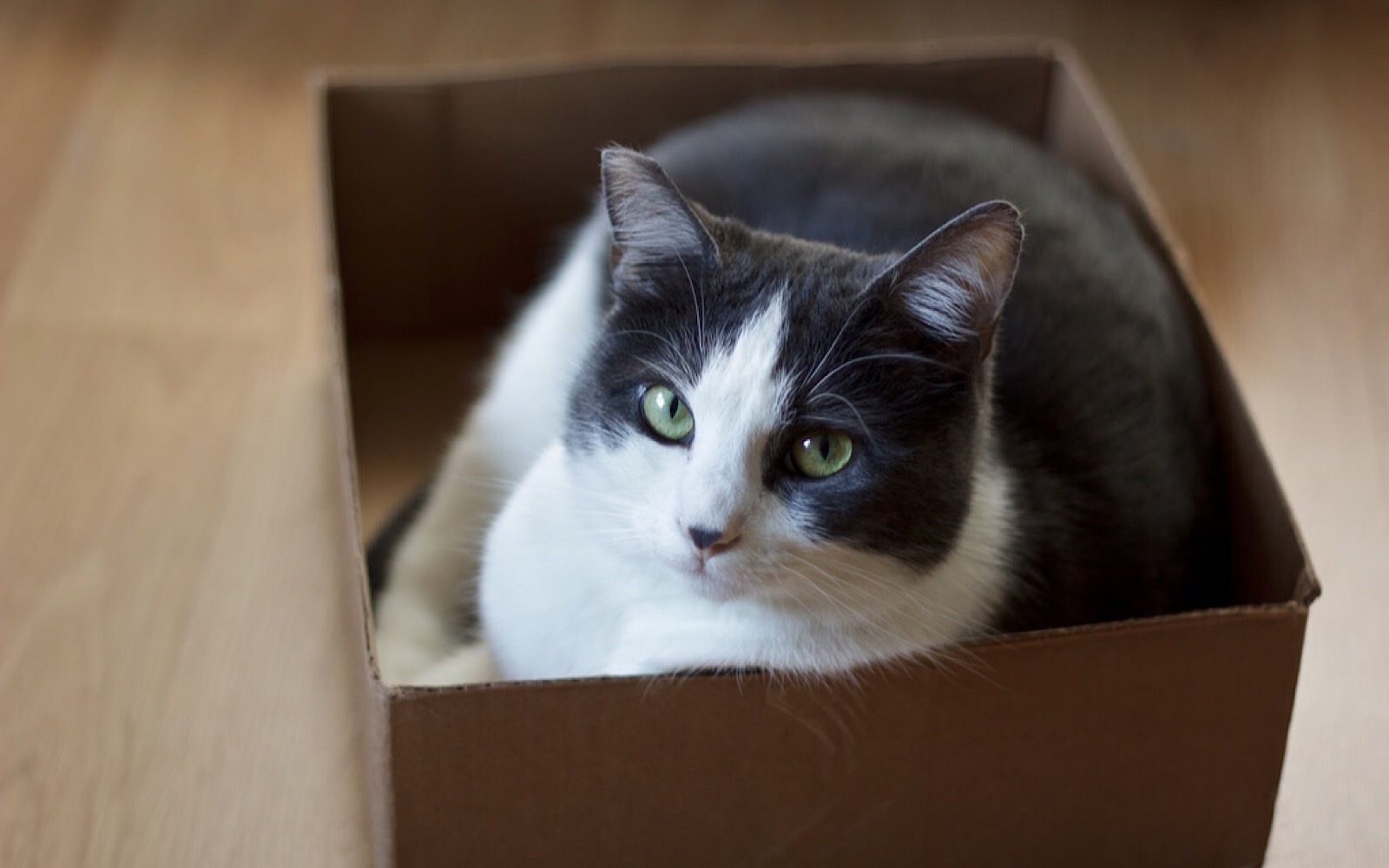 The fact that there are stores in which people will go to buy brand new cardboard boxes, spending money and creating extra waste, seems a little absurd. Cardboard boxes are everywhere. We get them in the mail. Go to any big store — likely the very ones selling new cardboard boxes — and the stacks of boxes created from stocking the shelves each week could literally reach the ceiling.

In other words, two things are for certain: We don’t need to buy cardboard boxes for whatever we are doing, and on the flipside of that, there are plenty of old cardboard boxes available with which to do things. So, before heading out to buy new cardboard boxes for an upcoming project, we should definitely stop and think about whether or not old boxes can get the job done.

For most people, the causes for buying a new box are fairly easy to identify. We use them to (1) store things, (2) ship things, (3) move things, and (4) gift things. Boxes are really handy that way, and it doesn’t really matter — in terms of the task — whether those boxes are new or old.  However, it does in terms of the planet. Most new boxes equate to more trees being cut down to produce it, and in the case of boxes made from recycled materials, energy is still being expended on the process of making them when reusing existing boxes would suffice. 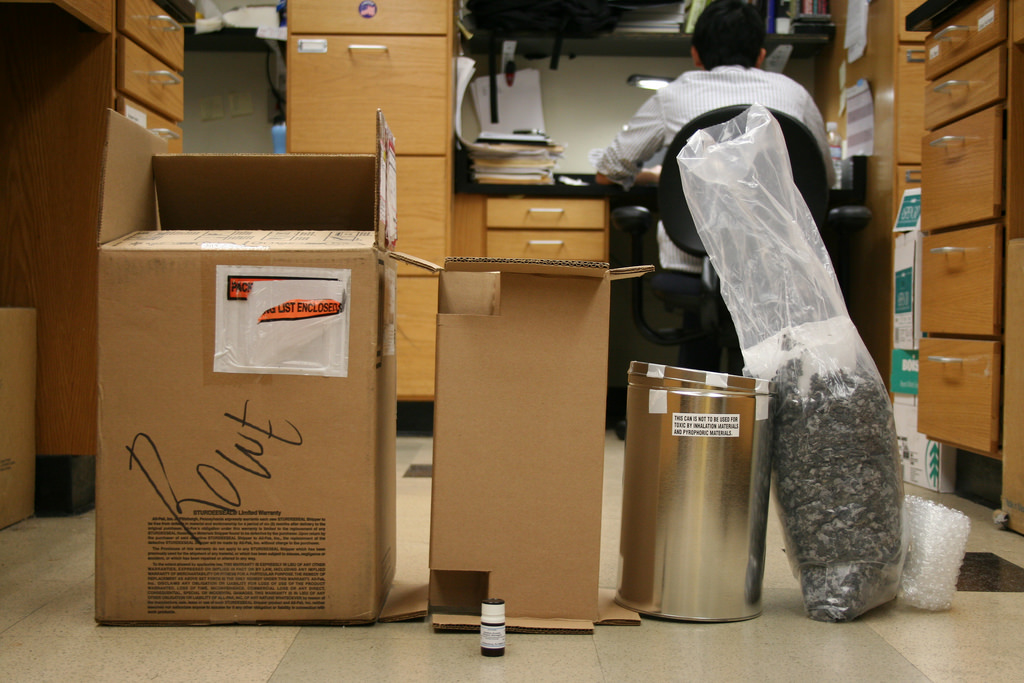 Often we will go out and buy a plastic or metal bin to put our recycling in. We could just use old cardboard boxes to fulfill this job. With (5) recycling bins, when the box looks too worse for wear, we can start anew with the next box. Job made easier. Even better, an old cardboard box could hold a load of cardboard boxes until they can be reused rather than recycled.

As for the case with (6) garbage cans, they make great ones, and if it’s under the sink, do we really care what it looks like? Many of us already use old plastic shopping bags as (7) trash bags, but of course, we are trying to reduce our plastic waste. So, why not just use old cardboard boxes? The trash can be dumped, the box reused a few times, and eventually the cardboard can be recycled or reused elsewhere, like in the garden. 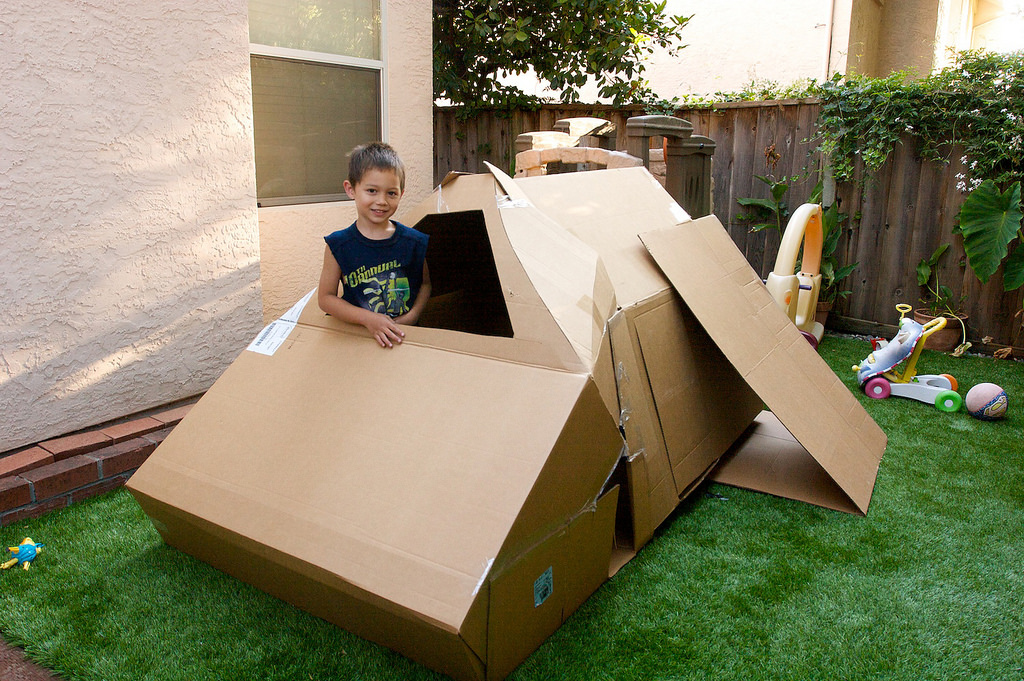 People always like to point out how the next generation has so many more toys and things to entertain them, but the fact is that cardboard boxes have been around for a long time now. Few things are as versatile for keeping a kid happy.

Not only can they be used for all of these things, but children will also be entertained and tap into their creativity and DIY skills when constructing their entertainment.

Sprucing Up the Garden 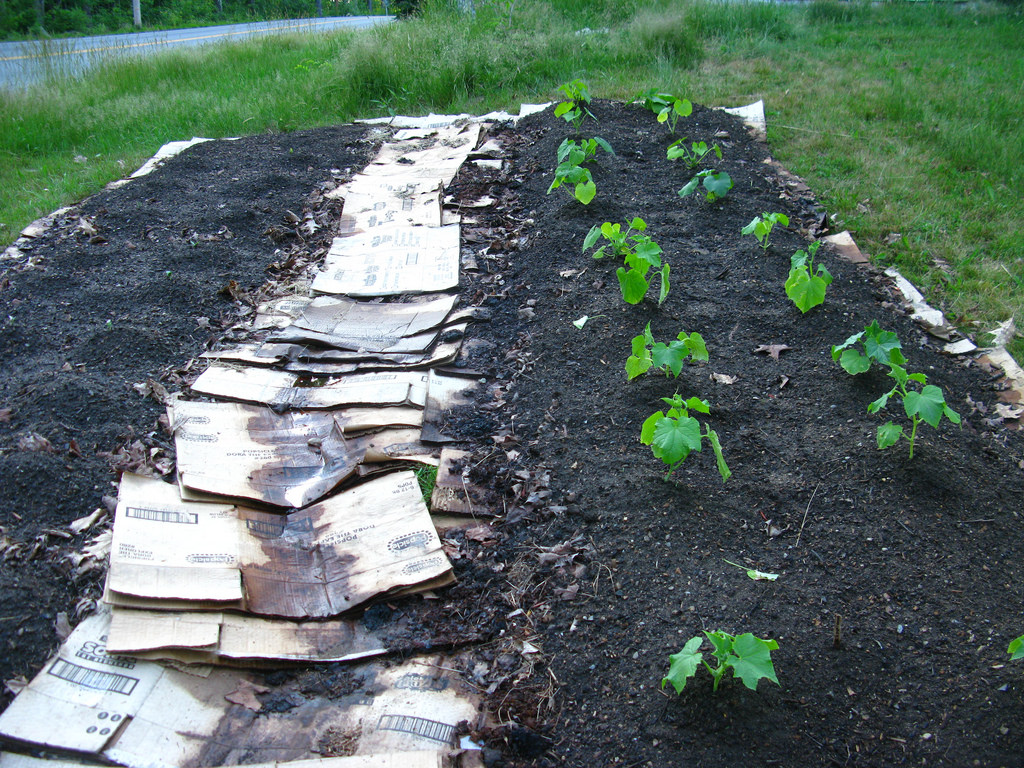 Gardens are huge these days, and (17) sheet-mulching is become a common technique to use. Rather than digging and tilling, this involves spreading sheets of cardboard over the garden space in order to kill the grass beneath them and prevent new weeds from popping up. Soil, compost, and organic mulch are then piled atop the cardboard to create raised garden beds. It cuts down hugely on weeding, attracts earthworms, and makes good use of the cardboard, especially with torn boxes.

The same technique can be used for (18) making garden pathways: instead of putting soil and compost over them, cover them with gravel or wood shavings to create nice, weed-free garden pathways. This is way better than pouring concrete or spraying some sort of weed killer.

If there are still boxes around, they can always be shredded up and (19) used for compost. Compost is not built on kitchen scraps alone. In fact, only using kitchen scraps is the downfall of many compost piles. It’s very important to include plenty of carbon in piles, and old cardboard perfectly fits that bill. It’ll balance out the nitrogen of the kitchen scraps and become something great for the garden.

Again, many of us will go out and buy products, often something plastic, too perform tasks that cardboard boxes are ideally suited for. If cars are (20) leaking oil, we can put down cardboard boxes to protect the garage floor from the oil. If we are painting a bedroom, cardboard boxes make great — reusable even — (21) drop cloths, so there is no need to go out and buy plastic ones. Cardboard boxes can even be cut into (22) furniture coasters to protect hardwood floors from scratches. They can also be used as (23) floor protection to help with spills, stains, and messes when kids (or adults) are doing activities inside. 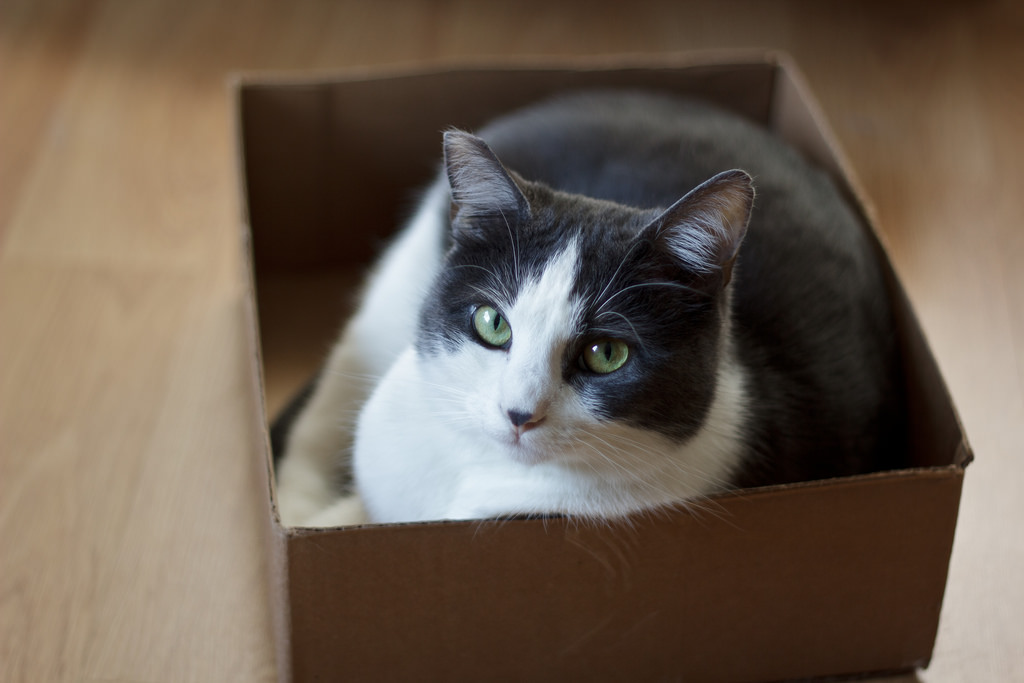 Pets can even get into the mix. Slip a pillow into a cardboard box, cut out an opening, and it’s (24) a perfect little sleeping spot for a small dog or a cat. Again, the kids could paint or decorate it, and that’s a good project for them. Boxes, as the name suggests, could also be used for (25) litter boxes. There’s no need to go out and buy a plastic thing when there is a cardboard box from the last FedEx delivery. Throw some kitty litter in there, and it’s good to go.

In short, we can all do our best to reuse boxes as opposed to recycling them or, say it ain’t so, throwing them away. Even torn boxes can be used in the garden. In the end, we’ll save ourselves some money and pitch in on saving the planet.