Using Swales to Your Advantage: How to Water Your Garden With the Power of Nature 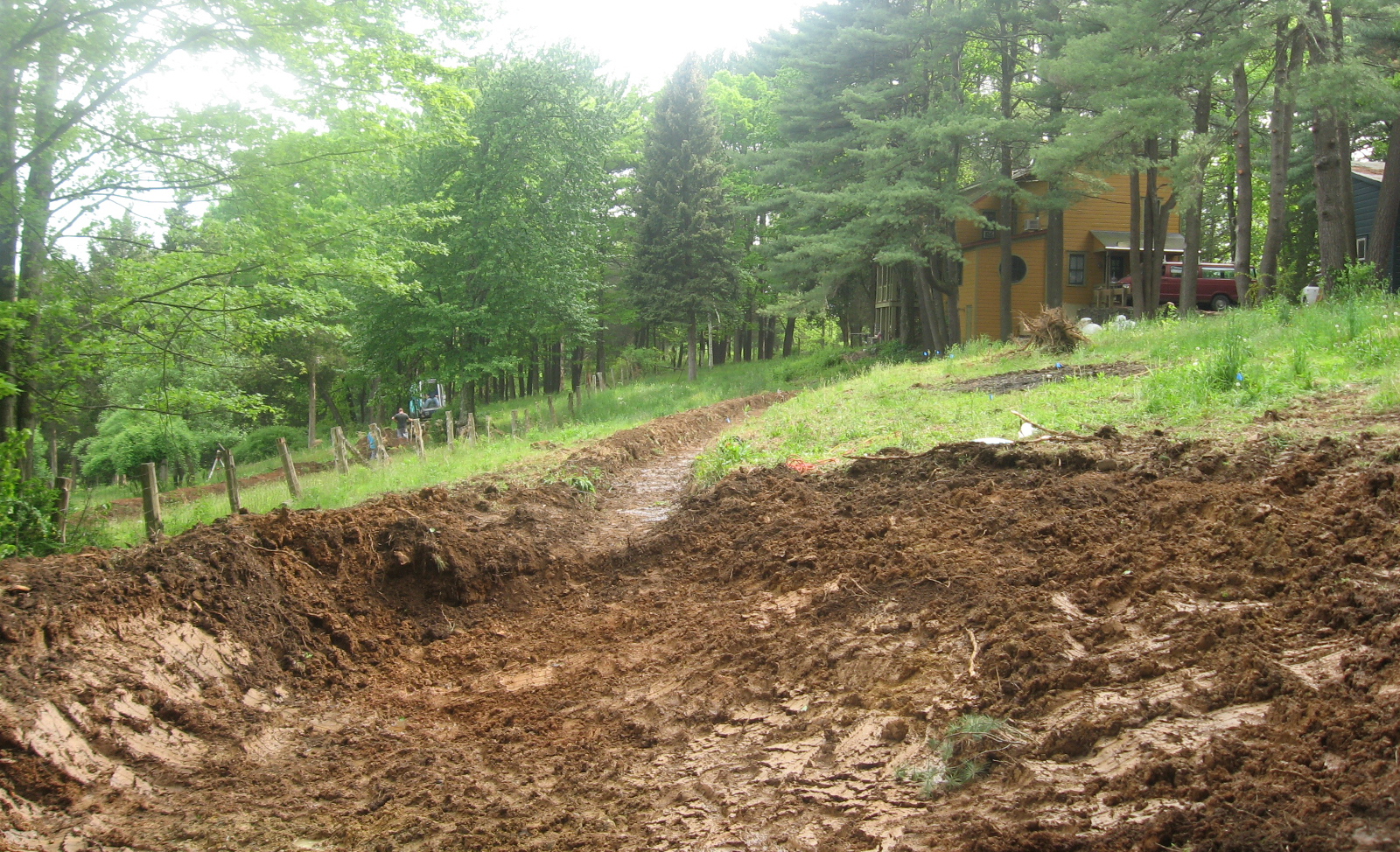 The landscape is lush. Trees stand along in a curious line, their roots in a raised mound of earth that curves comfortably with its surroundings. Edible bushes sprout up between their trunks, and despite the recent drought, a couple of weeks in, everything has held its liveliness. The greens remain green. Flowers retain their petals. Trees are bearing fruit.

And, we … we are standing on a clear path, a soft sponge of wood chips beneath our feet. The walkway, maybe a yard wide, winds alongside the plants with dappled shade provided by limbs stretching overhead. We harvest a few leaves for a salad, a few herbs for a pasta sauce and perhaps pluck a lemon off the tree for some added zip to our upcoming lunch, a garden to table type affair.

Not long ago, this spot was just a lawn, something that required constant maintenance, cutting and fertilizing and watering, but that was before the swale.

The Question of What 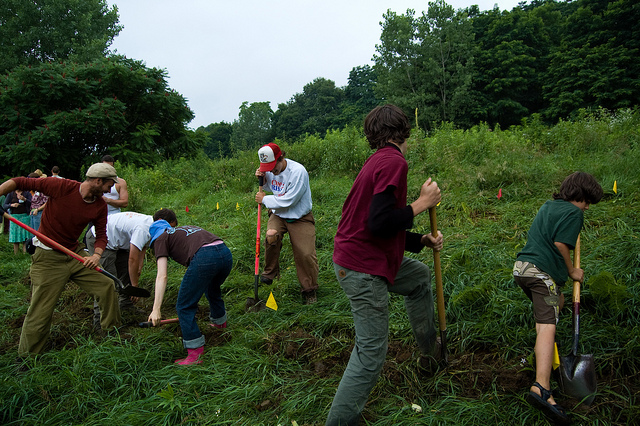 The typical explanation of a swale is that it is something along the lines of a ditch but with a level bottom. Rather than removing the water, as a ditch would, a swale fills up like a bathtub and holds that valuable hydration, allowing it to absorb into the landscape, where plants can take advantage of it. Often the swale is filled with something, such wood chips so that it can also function as a path.

Swales are not exclusive to permaculture, but they are widely used in the practice. They are a popular component for many garden designs, especially food forests. They are simple to make, requiring only rudimentary tools and a basic knowledge of what they’ll be doing: hydrating the landscape from below the earth’s surface. This can be especially useful in environments with low annual rainfall or distinctly dry season.

What’s more is that, while swales can be and often are massive trenches that stretch for hundreds of yards, they can also be something that works for a suburban lawn, as well as nearly undetectable to the untrained eye.

The Question of Water

The fact of the matter is that plants need water, and one way or another, when we are the cultivators, we have to get it to them. Sprinkler systems are horribly inefficient, with much of the water being lost either through evaporation or runoff. Plants do get water, but a lot is wasted in the process. Swales, on the other hand, do their work much more economically.

Whether we realize it or not, most plots of land have some sort of slope, and swales take advantage of this. Capitalizing on the idea that water will move towards the lowest point, i.e. the bottom of that slope, a well-installed swale will intercept the runoff high on the slope so that the landscape can use it rather than have it drain away, often eroding topsoil. The water absorbs into the ground and continues to slowly permeate down the slope.

Because this watering is happening underground, erosion, evaporation, and runoff are not problems. The plants get the water they need without having to waste or, in most cases, even use on-the-grid water.

The Question of Work 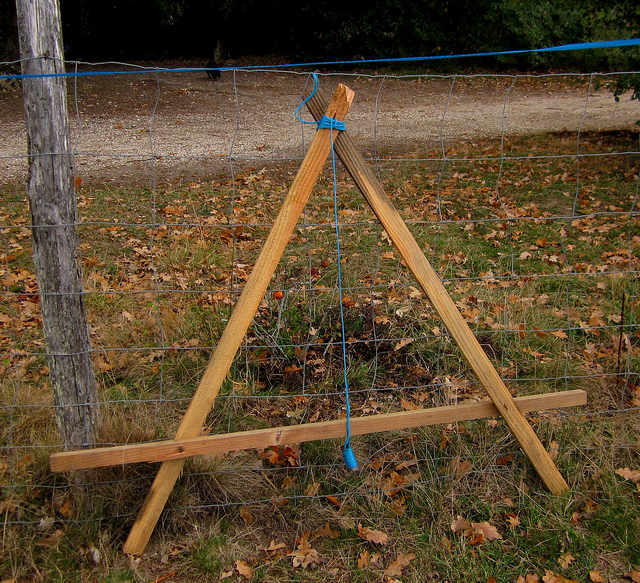 So, then, in order to install a swale at home, the first order of business is finding a contour line, a track in the yard at which all parts are at the same elevation. This often isn’t a straight line but is a winding route that follows the curves, dips and drops of the ground. An easy way to find the contour is to make an A-frame level that can be walked across the yard as the line is marked out with stakes.

The general rule of thumb is to put a swale as high as possible on a slope but to keep in mind it will need to be low enough to catch water that is trying to run downwards. Otherwise, it won’t fill. By making the swale on contour, it ensures that the water disperses evenly across the entire area of the yard rather than drifting one way or another, causing a more saturated area. The idea will be to keep the bottom of the swale as level as possible by using the contour line as a guide.

Then, it’s digging time. The marked outline will be the high point of the swale, and ideally, it will be roughly half as deep as it is wide. The excavated dirt should be piled along the low side of the trench, making a nice mound, or berm, of topsoil in which to plant a healthy mixture of fruit trees, legume bushes, and quick – growing, deep-rooting plants to hold the soil in place.

Lastly, it’s a good idea to wait for rain to check that the swale is working properly. Be sure to have an overflow plan, a point that slightly lower on the lower side of the swale, where water can passively escape if the swale catches too much. Then, it can be filled in with gravel, woodchips, or something to make it into a walking path. Mulch the berm with straw, hay, grass clippings, leaves or something of the like, and create some beautiful guilds of edible plants. Soon enough, there will be a beautiful food forest on the go.