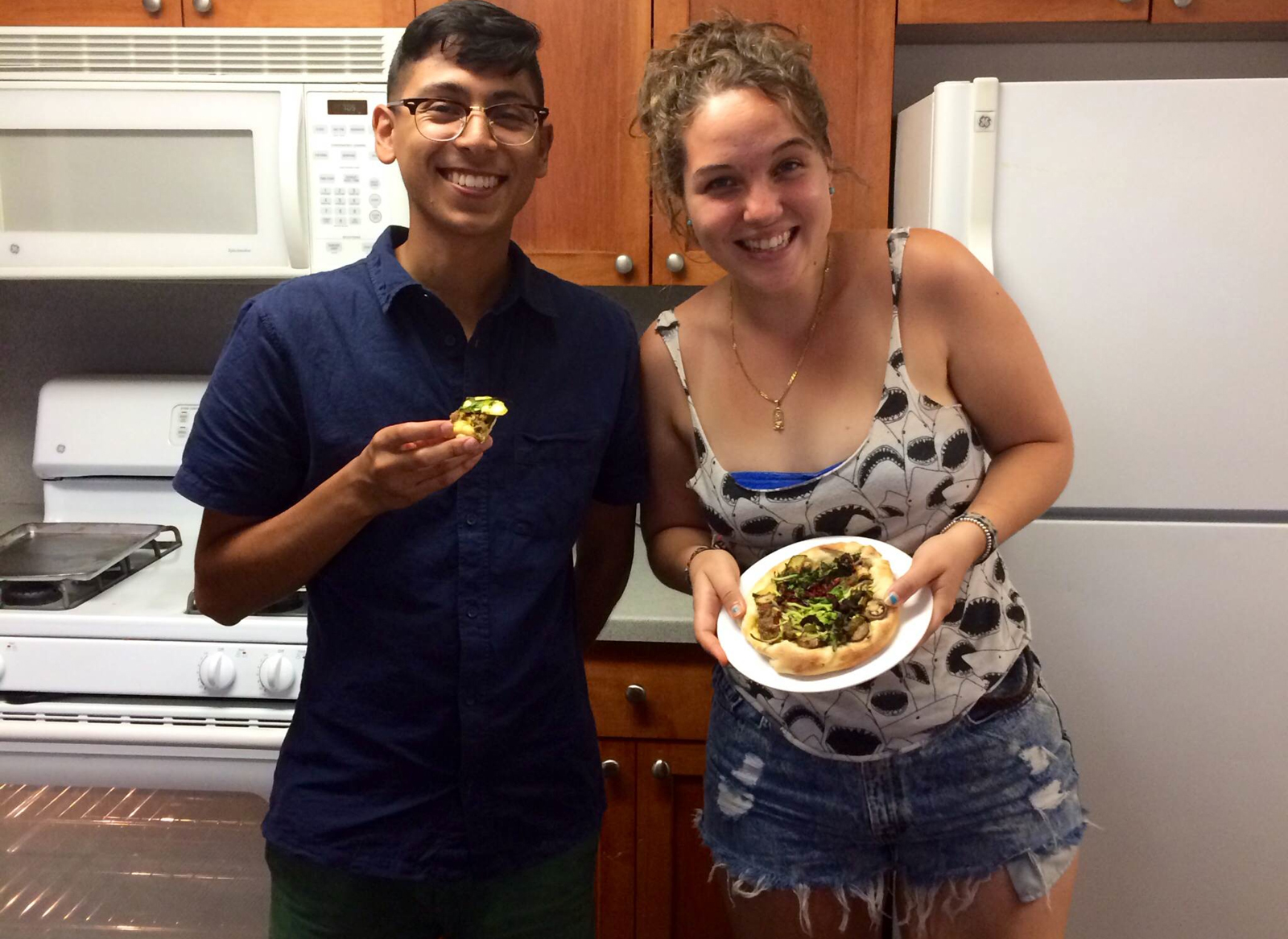 I’m going to be honest with you: when I went vegetarian at the tender age of 12, I had no idea that I had made one of the best decisions of my life. All I knew was that I had never really liked meat except for my mom’s Polish kielbasa, and that I always had to order steak burnt to the point of leather because I was afraid of it resembling something bloody. When my beloved pet rat died on my twelfth birthday, I refused to touch meat for a week because everything reminded me of his adorable little body. On New Years Eve of 2007, I swore off meat as my resolution: my parents rolled their eyes at my little fad, so my stubbornness sealed the deal. Don’t mention this to my brother, but one could even say that my veggie beginnings were not entirely rational.

However, regardless of how obnoxiously preteen, this was the beginning of my journey of learning how to love myself, animals, and the environment. Thanks to my gradual yet inevitable shift into eating a plant-based diet, every day I learn more and more about what it means to respect and appreciate the world in which I live.

Not surprisingly, I was not the only obnoxious preteen who happened to find herself starting to care about our world. Thanks to my choice to go vegetarian, I quickly found myself exposed to a plethora of information I otherwise may have overlooked. From my individual health to the environment to welfare issues, it is true that my personal food choices make a huge impact. It shocked me to learn how the United States specifically is insanely addicted to red meat compared to almost every other part of the globe, and that because of this addiction, we are slaves to a devastating industry with undeniable global ramifications. The conditions in which living creatures are forced to slowly die so that grocery stores can remained stocked horrified me. On the other hand, it pleasantly surprised me to learn that with my vegan diet, I would likely feel more energized and that I wouldn’t have to worry as much about things like heart disease or cancer. It pleased me even more to learn that my choice actually plays a part in ending world hunger. The more I read, the more this lifestyle had me hooked.

After a certain point, it quickly became evident to me that choosing to live a conscious lifestyle is simply a combination of becoming informed and good-‘ol common sense. Why wouldn’t I eat vegan if I am lucky enough to be born into a culture in which it is so easy to make the choice to go animal-free? After all, it is no coincidence that Einstein was vegetarian. I became even more grateful for the gift of this choice after spending some time living in an indigenous mayan community one summer and an indigenous Senegalese community a few years later. It is certainly true that compared to many parts of the world, the American privilege to choose to tailor our personal diets is astounding. I felt it would be downright ungrateful for me to rob myself of this gift I had been given to enjoy.

Eating Plant-Based Is Getting Easier (and Fun!)

I had no idea how much fun I was about to have! Part of the reason that it is so easy to be vegan in our current culture is because of the rise of “generation vegan.” More and more of my peers are shifting from finding veganism as weird to something admirable and downright awesome.

In my move across the country from Phoenix, Arizona to New York, New York this shift became even more evident to me: instead of staring at me like I had a venereal disease when I asked for a burrito without meat or cheese, waiters in New York will respond with “Ah yes, of course you’re vegan!! Are you gluten free too? Would you like to see our raw-only menu?” I was in heaven. And the ease isn’t exclusive to New York trendy cafes! The choices are spreading like wildfire: from the growing market of vegan health foods to blogs and sites like One Green Planet, being vegan is easier than ever.

And the fun never ends! No one ever told me about the joy of “veganizing” a favorite family recipe! Or the joys of Mexican, Ethiopian, Indian, Thai, Japanese, and Chinese cuisine! Or meeting brilliant, compassionate, creative people who care about being a voice for the voiceless! Or this all-male brooklyn vegan barbecue. Or tater tots…or vegan marshmallows … or a little something called a Tsoynami…

No one ever told me about the awesome community I was about to enter. My best friend in college is also vegan, and this is no coincidence. And this community extends nationally and globally! A cashier at my favorite vegan restaurant in Phoenix recommended me to my favorite vegan restaurant in New York, and it turns out she happens to be an alum of my alma mater. I happened to make a close friend while dining in a vegetarian restaurant in Paris that Yelp had recommended to me. The stories can go on and on.

Let me stop myself here, because I really could go on forever. The bottom line is that I now understand why more and more kids are “getting it” at a young age when it comes to vegetarianism, when it is a choice that promises to help individual health as well as the planet … and is loads of fun! There really is no question: generation vegan is continuing to forge a strong presence in our current culture, and all I can say is am just grateful to be along for the ride.