How to Grow Potatoes in a Bucket 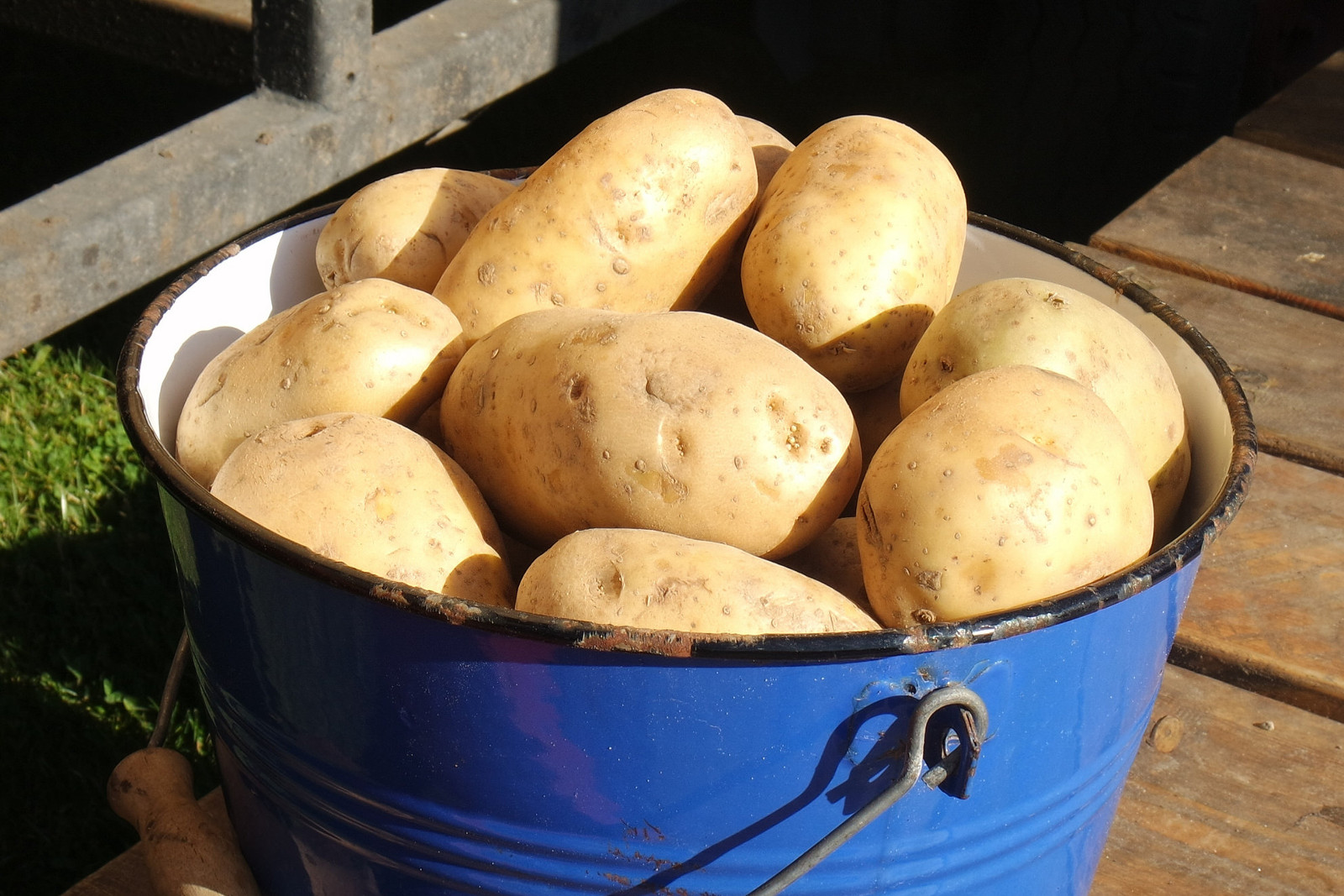 Potato buckets are a great project, both for the kids and for curious adults. They don’t require much energy on the part of the grower or the planet, and in the end, there will be a nice pot of soup (or several) to eat. Or, maybe a week of roasted potatoes, some potato salad, home fries … it’s not difficult to put potatoes on the menu.

Similarly, it’s not difficult to grow a whole mess of potatoes in a bucket. Not only will one bucket produce several pounds of potatoes, but it can be done on an apartment balcony, in a laundry room or on the patio. There’s no big mess to contend with, and the upkeep of the whole thing is about as minimal as growing food comes.

In other words, anyone with a bucket (or the ability to get one) and a bit of oomph about them should continue reading. This potato bucket thing might be fun. The project might just teach us something. And, homegrown fries sound pretty tasty.

Typically, potatoes grown in buckets are grown in five-gallon buckets, the kind that paints and other nasty stuff come in, but also that can be food-grade, as with industrial-sized vegetable oil. Restaurants will likely be happy to get rid of them if asked, but a little glance around the dumpster might save an awkward conversation. It is possible to buy an empty five-gallon bucket, but that seems a bit wasteful when so many used ones are available.

Seed potatoes, obviously, are going to help with this one, and this can seemingly be as simple as finding potatoes with eyes. Unfortunately, due to big ag practices, the potatoes at supermarkets are less apt than they used to be to sprout, but those bought at farmer’s markets might work and will perhaps be something more unusual, say Peruvian purples or Yukon golds. Otherwise, seed potatoes are cheap to buy online or at local nurseries.

Lastly, a good load of straw, seedless hay, wood chips, or dried grass clippings (right from the lawn) will be where our potatoes take root. Soil or compost will work, too. The main objective here will be to ensure that, whichever medium is used, it won’t be sprouting itself and, thus, competing with the potatoes. If this might be a problem (or becomes one), putting a few sheets of wet newspapers atop it might help, just be sure to allow the potato plant to poke through.

The first thing to do is drill or knock some drainage holes in the bottom of the bucket. We aren’t looking to make a potato swimming pool here. Then, fill the bucket about a third of the way with straw (we’ll just say it’s straw, though it could be any of the others). It doesn’t need to be packed in tightly, but it also shouldn’t be overly loose and airy. Just pat it down and lay three or four sprouting hunks of potato atop, sprout up, covering them over with similarly pressed straw until the bucket is about half full.

Water the potatoes just as with any other potted plant. Soon enough, green sprouts will emerge from the top of the straw. When they get to be six or seven inches high, gently add more straw to the bucket, filling in around the plants until only the uppermost tip is visible. This will make the plant root again, producing more potatoes. Repeat this process all the way up to the top of the bucket.

Throughout the process, just keep the straw watered enough to stay damp (watering with a compost tea, for the extra nutrients, might not be a bad thought). When there is no more space to climb, let the plant grow and cycle through its life. The plant turns yellow and starts to die to signal that the potatoes are fully grown and perfect for the kitchen. Just dig them up, give them a rinse and be sure to save some of the spuds for the next crop.

The Wonderful Finale: Potatoes on the Plate

Now, for anyone wondering what comes next, it’s dinner. Homegrown potatoes are absolutely delicious, and they make the effort completely worthwhile. They are such a versatile vegetable, blending into soups or holding their own as crispy French fries. There are potato dishes aplenty to try, and spuds don’t mind being roasted, baked, fried, boiled, diced, sliced, peeled or pummeled. So, enjoy them.