Home For The Free: Our Advocacy, Our Animals 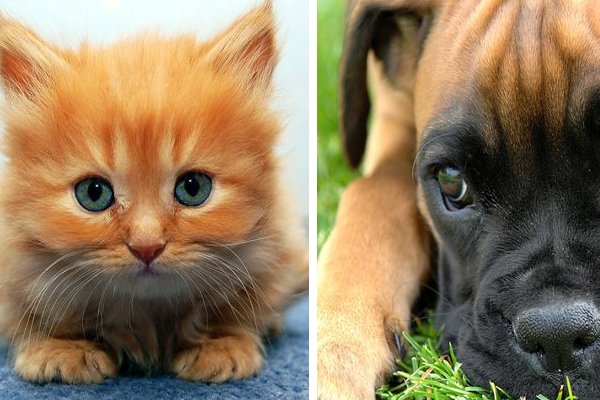 The late Henry Spira, who founded a group called Animal Rights International, asked “why we cuddle some animals and put a fork in others.” And to this day, the romantic concept of the “human-animal bond” assumes that humanity’s relationship with our pets is the ideal. Is it? And how does that bond affect a planet inhabited by seven billion people? Pet-keeping means removing animals from their environment, implicating both ethics and ecology. Wolves didn’t domesticate themselves into pugs. Most Boston terriers and bulldogs rely on cesarean sections to give birth; no wolves in their right minds would have agreed to that. Baby wildcats and wolves are playful and docile with their parents—not with us. Pets, however, keep that childlike essence. It’s called neoteny: breeders perpetuate juvenile traits in the adult animals. In the trials and errors of breeding, many animals are weeded out. I’m sharing my office chair with Charlie as I write, and I’ll make sure 17-year old Quinby’s dinner has the right amount of medicine. I’ll scratch Sprite’s neck, glad the former street cat will never endure another winter outside. Words cannot describe how much I love them. (And maybe, in some sense, when their safety is assured, I feel mine is, too.) But they can’t make me care, or ask for what they want. The decision to look after them is always mine.

It might sound unrealistic to question a practice so common, and so enjoyed, as pet-keeping. But consider a parallel challenge: People do stop eating cows, pigs, birds, sheep, and sea animals. This has excellent effects: the demand for meat, eggs, and dairy products decreases; fewer animals are brought onto Earth as commodities. More habitats and waters for animals who live on nature’s terms.

Can we also address the ecological impacts of breeding, owning, and feeding the pony in the paddock, the dog in the yard? And shouldn’t rights advocates enter the conversation about these admittedly difficult issues? Neutering a cat can mean promoting animal autonomy: It might well mean the continued existence of wildcats. Yes, conservationists say the greatest threat to the world’s vanishing wildcats is interbreeding with domesticated cats.

The green architects Prof. Brenda Vale and Dr. Robert Vale observe that Britain’s 7.7 million cats eat some 188 million birds, mammals and frogs each year, and that dog waste pollutes waters, killing aquatic life. In their provocatively named book Time to Eat the Dog: The Real Guide to Sustainable Living, they assert that a medium-sized dog typically eats 360 lbs. of meat and 250 lbs. of cereal a year. Even a goldfish has the energy cost of two cell phones. Some vegans try to ameliorate the ethical and ecological impact of animals in their homes by feeding them—even the cats—meat substitutes. To this, Margaret Betz, an adjunct philosophy professor at Rutgers, asks: “Is it the height of hubris and anthropomorphism to force another species to adopt our diet? Must we demand that our domesticated animals reflect our political affiliations?”

Maybe the vegan question isn’t about getting our animals to go vegan, but about how to cultivate a paradigm beyond pet-keeping.

The Issue Is Personal

When we think of the wrongs done to domestic animals, perhaps we think of Michael Vick, or a restaurant in Italy with horseflesh on the menu. But as most anyone in a little town knows, some puppies are paraded around in ribbons, only to live outside a back door for their adult lives. Some cats are dismissed when a new baby arrives. In households hit by natural or economic disasters, children and pets are parted, as reassuring tales are told. For the cost of sharing one’s home with pets isn’t small, as Dustin Rhodes, my co-worker in DC, explains:

When I started working at Friends of Animals three years ago, I’d receive three to four calls a week from people wanting to get out of keeping their pets. Since the recession, it’s quadrupled. These aren’t all awful, uncaring people. I know. My dog has cancer. Last month’s vet bill was $3000. Who can afford that?

Five to eight million dogs and cats are relinquished to U.S. shelters each year. Each is as likely to die as to be saved. Some shelters try to stave off tragedies, setting up animal food banks, for example, to help cash-strapped people keep their animals. Nevertheless, the number of pets who die each year in shelters equals the number of people in Los Angeles—where celebrities are routinely photographed with dogs in their handbags, propelling yet more breeding. And then there are horses. Relinquishment is even more likely for them. It costs five to ten dollars a day to cover the hay, the vet and the farrier—for a horse in good health. Some who could afford this at one point no longer can, so they ring up a rescue group, or try to sell in a saturated market. Reports of abandoned or starving horses are more common than we’d like to think. For Colorado resident Ruthe Wallace, the issue is personal. “I had a horse when I was 12 to 17 years old,” Ruthe says. “I gave her a good home and loved her dearly; but when I look back, all I feel is regret for having exploited her.” Ruthe continues:

I sold her when I started college, thinking she would have a good life, only to learn that she was re-sold and then re-sold again and ended up at the auctions in Chino, California to be sold for slaughter. I no longer had time for the horse that I begged my father to buy for me—and look what happened. I have nightmares about it.

Today, Ruthe is a rescuer worker at a sanctuary. Those of us who can, will support refuges and shelters. And we’re pressed to think deeper still: Can we stop making animals vulnerable in the first place? Bans on pet sales are being proposed in several U.S. cities. Granted, these provisions bar only certain (usually high-volume) outlets for breeding enterprises. Still, they can lay the groundwork for ending breeding and sales. Various dog breeds are now banned in Europe. Perhaps the pet industry isn’t as deeply ingrained in human culture as it seems. Before the 1800s, pet-keeping was mainly an aristocrat’s hobby. Today, pet care and sales comprise tens of billions in annual spending. Malls with pet shops have replaced land once inhabited by free wolves and wildcats. Were there ever a case of cultural cognitive dissonance, it’s this.

Surely my challenge to this dissonance is not joyless. It’s a wondrous adventure to walk on Earth amidst other animals who live on their terms. What is more delightful than the sight of deer passing by? What’s more exhilarating than a view of coyote or a bobcat running over the land?

We can care about other animals without controlling them. And there’s breathtaking joy in respecting animals—untamed.