Food for Forage: Dandelion, It’s Not Just a Weed 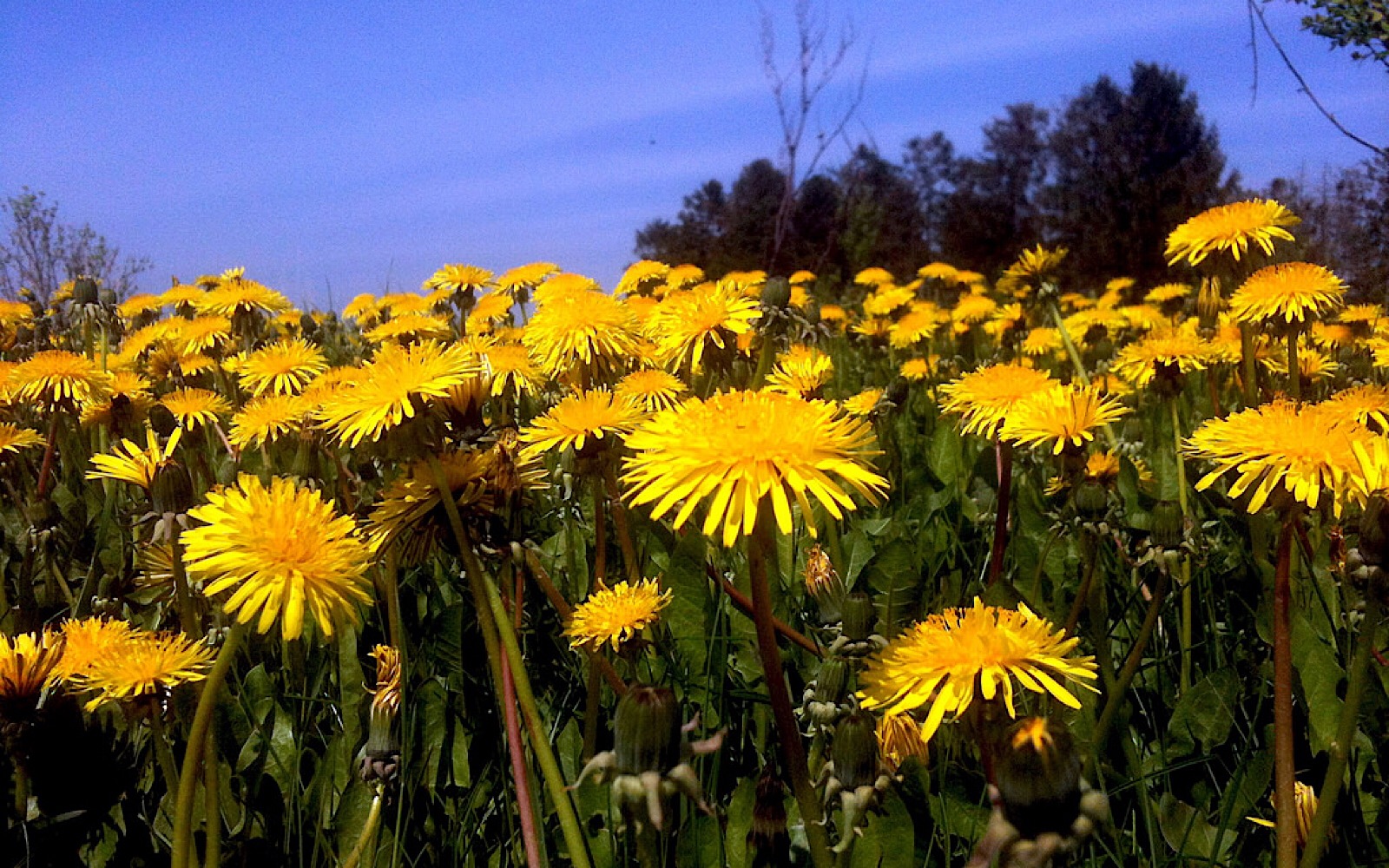 For decades now, dandelions have been a source of disdain for gardeners. Down on their knees, galoshes in a bunch, they have ripped them up with reckless abandon, fearful that the flowers will bloom and send seeds whirling around the well-manicured rows of the garden. Or else, they have done such violent things as mowed down dandelions in their youth, dumped boiling water on them, and doused them in vinegar.

But, times have changed, and the new-age gardener is reaching further back into the days of old. Dandelions have long been used medicinally, and a century or more ago, they were a respected source of food for many cultures, including Native Americans. Though suburbia put a temporary hold on that, the dandelion is making a comeback. Nowadays, it’s finding its way back into our cuisine.

It only makes sense to make use of the apparent “noxious weed”, as it is super nutritious, medicinal, and abundant. We don’t even have to cultivate dandelions, as we do most of the vegetables we eat because just one flower head can provide up to 200 new plants, with no tilling, fertilizing, or “weeding” required.

The Dandelion as Food 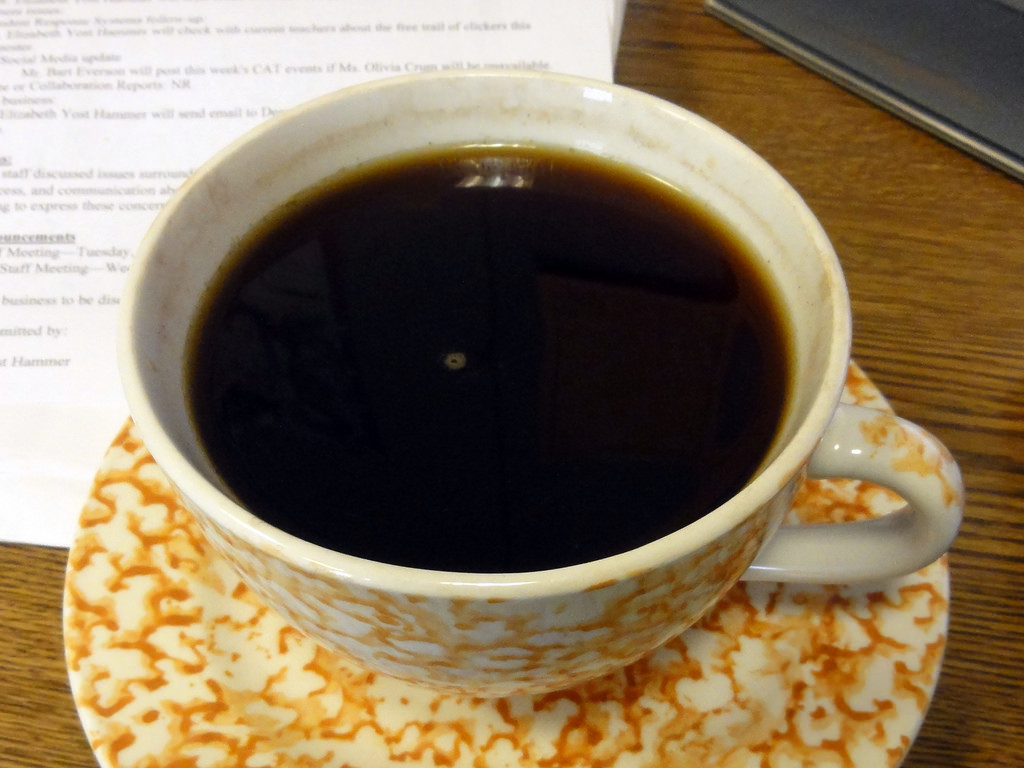 First, dandelion leaves are delicious as edible greens, at least the young ones are. Dandelion greens tend to grow bitter with age, as do most greens like kale, spinach, etc. The roots are also edible, and they are harvested, dried, and ground to use as a caffeine-free coffee substitute. The flower tops are also edible, for those who just want to have it all.

Not only can we eat dandelions, but there is also a lot of nutrition to be gained from doing so. Like all dark, leafy greens, dandelion leaves are packed with vitamins, minerals, and general goodness. Dandelion comes with an admirable serving of dietary fiber, riboflavin, and thiamin, as well as huge heaps of Vitamin A, C, E, and K. Minerals calcium and iron are well represented, and there are notable levels of magnesium, manganese, and phosphorus as well. In a word, this is potent, health-promoting stuff.

The Dandelion as Medicine 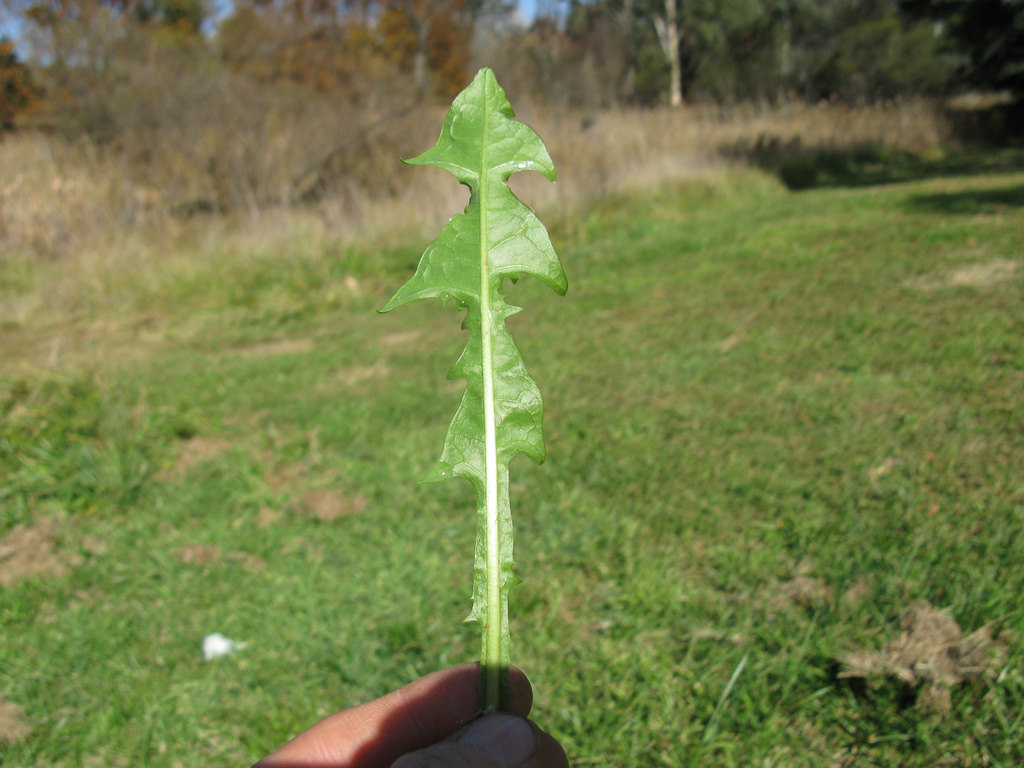 Aside from the nutrition provided by greens, dandelion roots, as well as leaves and flowers, are linked to many medicinal virtues. The whole plant is stuffed with anti-oxidants to help with preventing diseases. The latex of the plant, again found throughout it but concentrated in the roots, has a laxative effect, which also aids in weight and cholesterol issues. Dandelions, too, have been used to treat liver and gallbladder issues.

The Dandelion as Plant 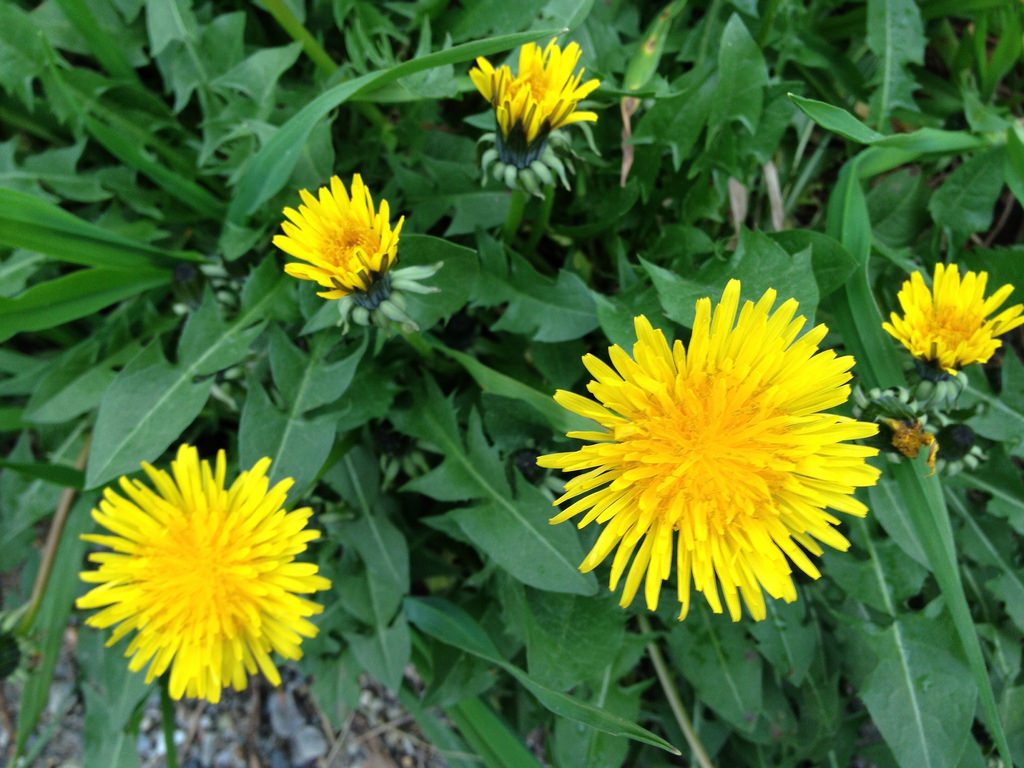 Though gardeners have long hated dandelions, the fact is that these, as weeds tend to be, are well-meaning plants. When we stop ignoring the pleas of dandelions, we can learn that they are actually telling us something, namely that something isn’t right. “Weeds” are pioneering plants or nature’s way of repairing ecosystems that are out of whack. Most weeds are a result of soils in poor conditions, and many are also edible and nutritious.

What dandelions do for the soil is useful for other plants in the long run. They have deep-taproots, which is part of why they are difficult to pull. As its natural role, these roots break up compacted soils, a common issue with lawns and other well-trod areas. They help to mine nutrients deep below the reach of other roots, accumulate those minerals into their leaves, and deposit atop the soil, making those nutrients available to other plants.

The Dandelion as Forage 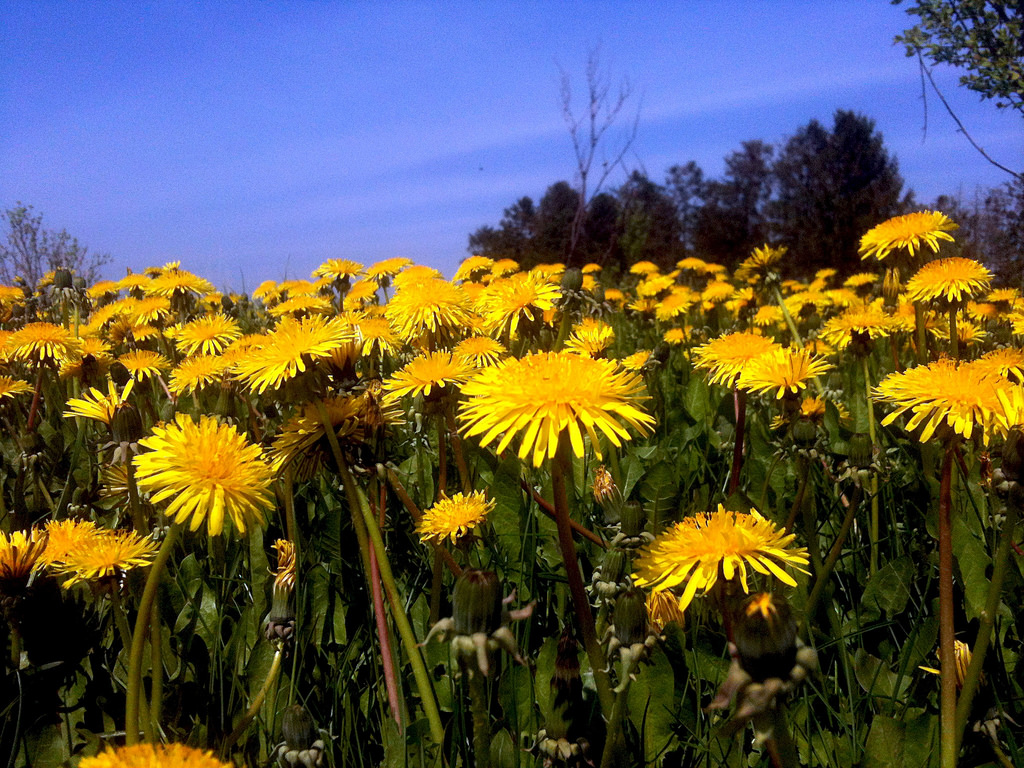 More or less, dandelions are everywhere because we have done a lot of planetary damage. They spread easily and quickly, and if the ground is disturbed and/or compacted, they seem to find their way to that soil. Look in open areas, where forests have been cleared: fields, lawns, walking paths, ditches and gravel drives. As with any foraged food, do be aware of potential toxicity, such as herbicides or polluted runoff, and make sure that you can identify the plant as a dandelion before eating it. Then, foraging will likely yield an abundance, as dandelions are prolific. They’ve only been a garden nuisance because we haven’t been eating them!