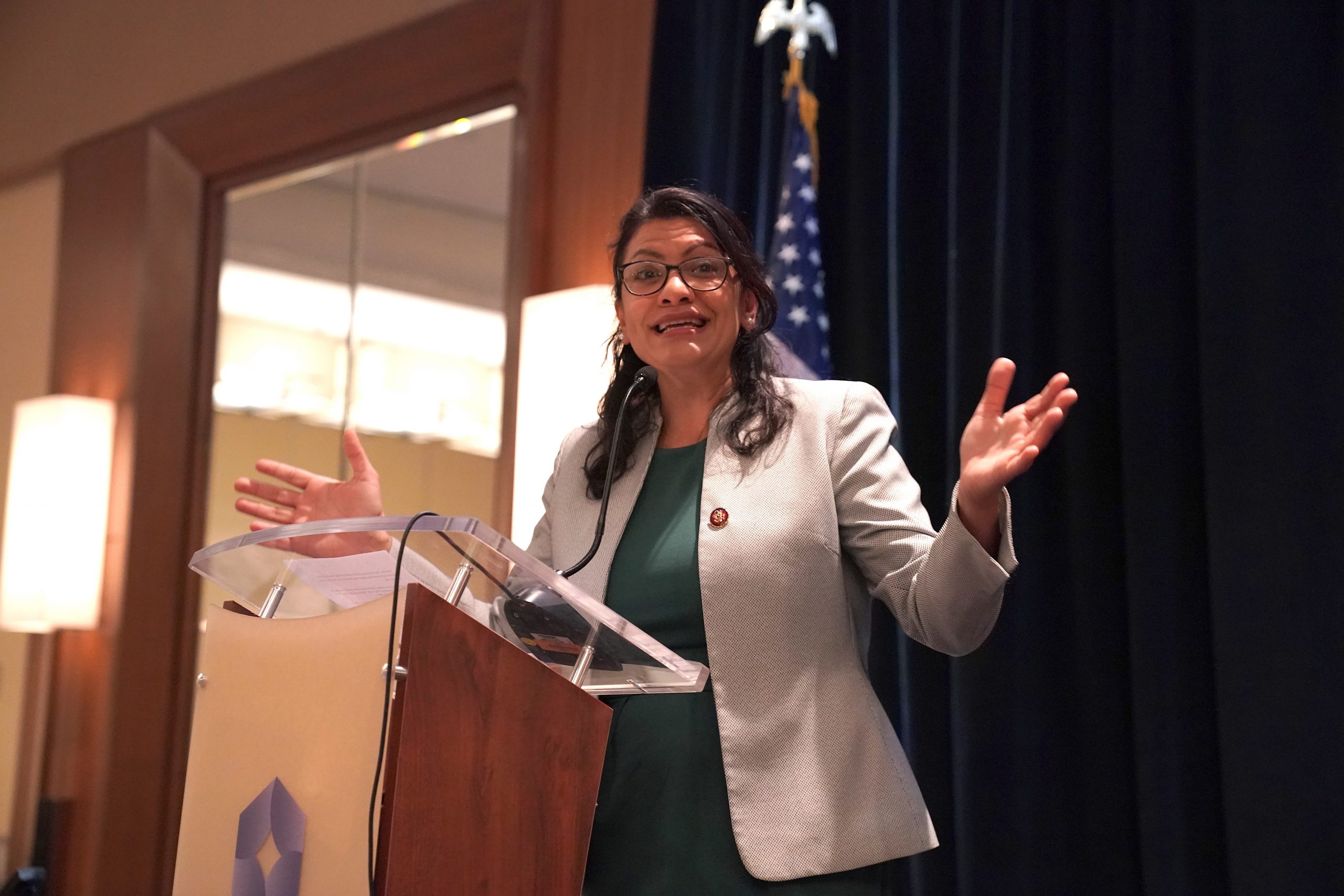 Michigan Rep. Rashida Tlaib won a primary challenge for her House seat against the president of the Detroit City Council, Brenda Jones, who Tlaib faced and beat in 2018. With 90 percent of votes counted, Rep. Tlaib had 66 percent of the vote to Jones’s 34 percent.

Tlaib, one of the first two Muslim women in Congress, rose to national prominence since taking office. She is a member of the “squad,” a group of progressive Democratic women of color who were elected to the House in 2018.

“Voters sent a clear message that they’re done waiting for transformative change, that they want an unapologetic fighter who will take on the status quo and win,” Rep. Tlaib said in her victory statement. “If I was considered the most vulnerable member of the squad, I think it’s safe to say the squad is here to stay, and it’s only getting bigger.”

“It’s time for regular, everyday people to have a voice,” said Bush. “People are looking for a fighter right now, a champion, and that’s something that I’ve exhibited for years, and the community is ready for that. St. Louis said it’s time.”

Bush’s win came on the same night that Missouri voters decided to expand Medicaid eligibility under the Affordable Care Act, which could help as many as 217,000 low-income people.

In GOP primaries, challengers ousted controversial Republicans like Rep. Steve Watkins in Kansas’s 2nd Congressional District and Sen. Kris Kobach, the Kansas Senator known for his hard-line immigration views and for being a trusted ally of President Trump.

The results of Tuesday’s primaries held good news for both progressive Democrats and establishment Republicans, and are potentially a sign of what’s to come in November.

Read more about the protests fighting for racial justice across the country and everything you need to know about voting this November.

Sign this petition to demand Congress adopt Vote by Mail. It’s the safest way to continue with elections during the pandemic and avoid voter suppression.