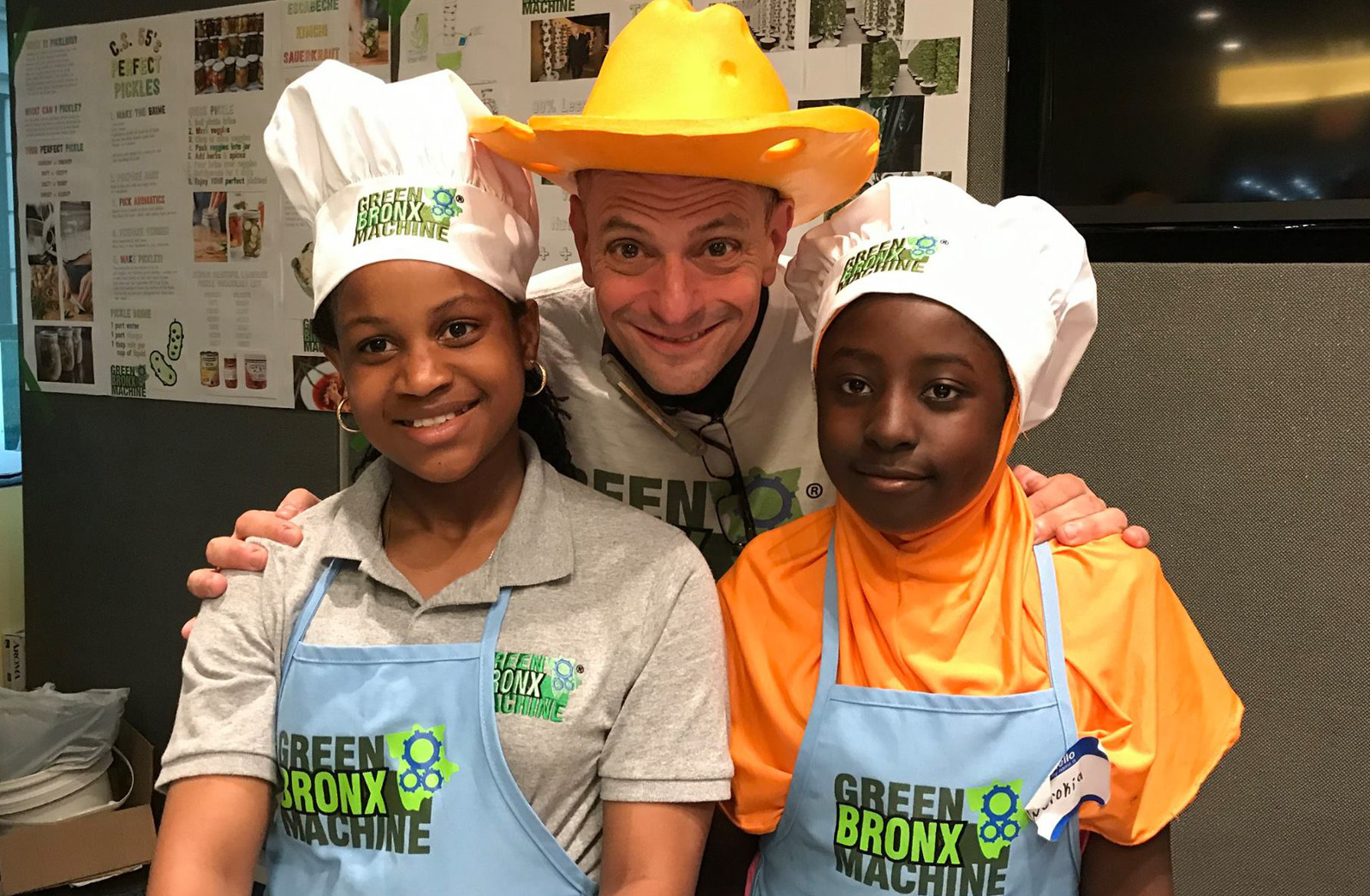 When talking about what it’s like to find a head of lettuce in the South Bronx borough of New York City, longtime resident and educator, Stephen Ritz says it’s easier to locate liquor or 99 different flavors of soda than it is to get a decent bunch of greens.

More aptly called a food swamp, thanks to the excess of cheap, extremely unhealthy food, the Bronx is the poorest congressional district in America. In addition to struggling with high crime rates and poverty, this community has some of New York State’s highest per capita rates of childhood obesity, diabetes, heart disease, food insecurity and food stamp recipients.

This particular community exemplifies the sad reality of how the food system in the U.S. has failed and the consequences it has for people. Luckily, it’s just this problem that Stephen Ritz set out to solve in his community – although his journey started almost by accident.

After transferring schools to be closer to his home in the South Bronx, Stephen began teaching science in “the worst high school” in New York City. To put that in context, the school had an average graduation rate of 17 percent, 256 felonies committed in a building, and a staff of 18 deans of discipline just to manage issues with students. With a background working in crisis management for emotionally handicapped children, Stephen had made a name for himself as being a “champion of children,” so it was only a matter of time before he figured out how to engage his students – incidentally, with an unassuming box of tulip bulbs that helped defuse a classroom fight.

From that one brush with gardening, Stephen grew his student’s interest in plants from community beautification projects into a full-scale indoor vertical farm, now known as one part of the Green Bronx Machine.

For Stephen, transforming the lives of his students began with transforming what they eat. By empowering kids to grow their own fresh vegetables, in a multitude of varieties that many didn’t even know existed, he was able to show them that they’re part of a much larger ecosystem – and importantly, they could all make careers for themselves doing something as rewarding as growing food.

Green Bronx Machine is now a powerhouse non-profit whose influence is reaching international platforms. The organization’s National Health, Wellness and Learning Center is a state of the art facility with a year round commercial indoor vertical farm and food processing kitchen with solar and alternative energy generators.

Thanks to this engaging and empowering program, Stephen’s classes now have a 93 percent daily attendance rate and he’s helped at least 2,200 kids get jobs.

In a recent episode of #EatForThePlanet with Nil Zacharias, Stephen shared the story of how he founded Green Bronx Machine and how it has completely transformed the landscape of the South Bronx for countless kids and their families. He has even written a book Power of a Plant, that details how this simple mission can change the world.

Stephen and his students have grown 50,000 pounds of vegetables, but he enthusiastically insists their favorite crops include healthy students, high performing schools, graduates, registered voters, living wage jobs and members of the middle class.

The story of Green Bronx Machine is incredibly inspiring and in the interview, Stephen shares his plans to bring this movement world wide. In his view, healing the world and a multitude of problems that befall impoverished communities starts with a simple seed – so listen in to see how you can start planting too! 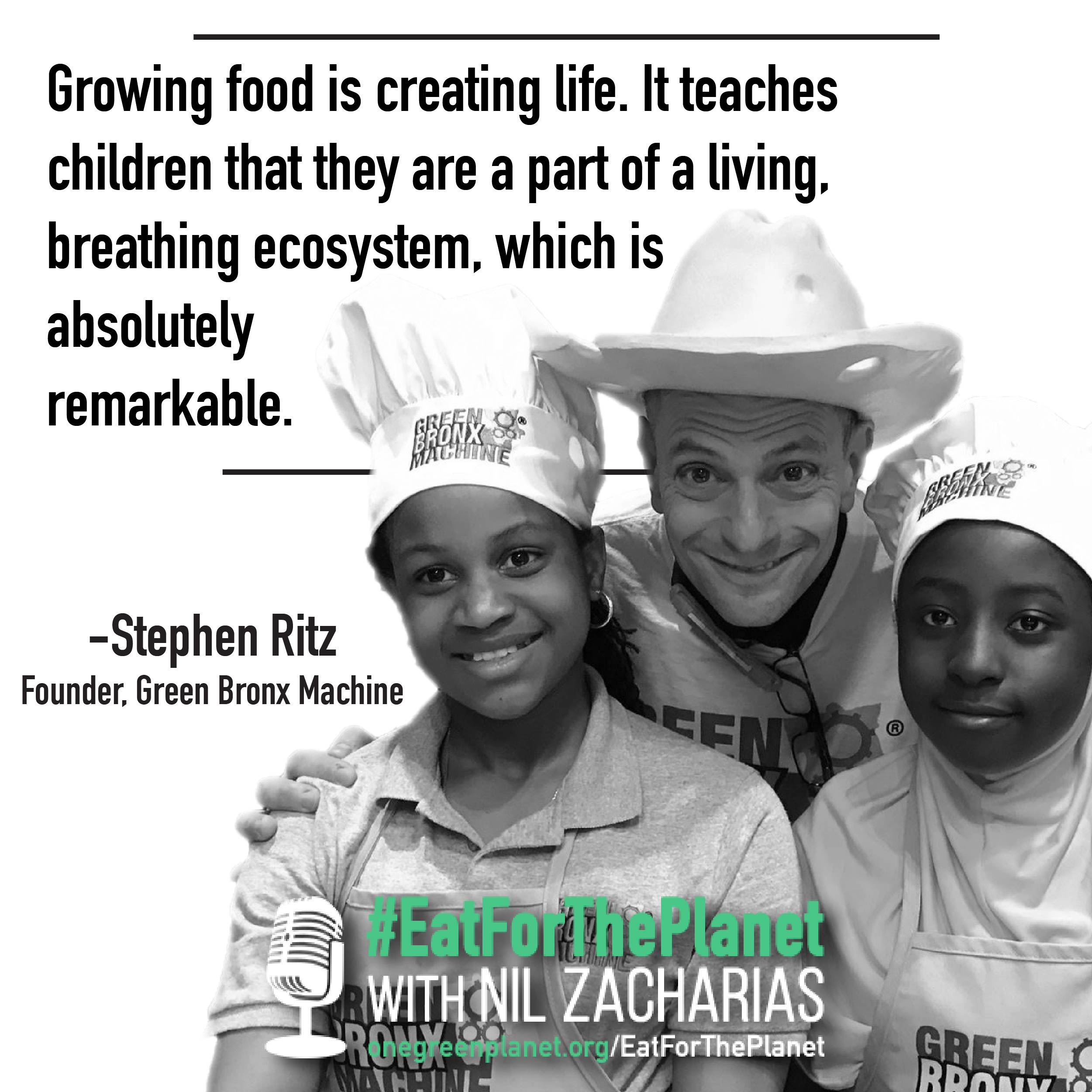