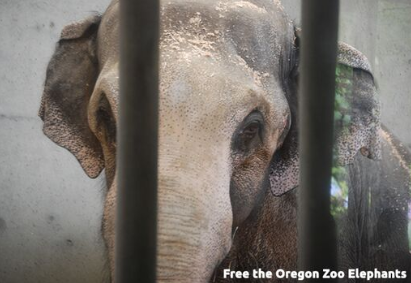 February 9 is World Zoothanasia Day, an annual recognition for animals who are needlessly killed by zoos. This year, concerned people across North America will join demonstrations at zoos and observe a minute of silence to commemorate the lives that have been, and continue to be lost to this practice.

Coined by Dr. Marc Bekoff, Professor Emeritus of Ecology and Evolutionary Biology at the University of Colorado, the term zoothanasia refers to the controversial practice of killing healthy animals who are considered surplus to zoo populations and breeding programs, due to age or genetics. These decisions are generally taken with an eye towards profits: zoo and aquarium businesses want to continue breeding animals for the purpose of selling tickets to their facilities. Baby animals are also known to draw larger crowds, making them more financially valuable than older, yet otherwise healthy individuals.

The motivations behind zoothanasia are summed up in the now-infamous statement by one Oregon Zoo staffer referring to Packy: “How much is a 54-year-old bull worth compared to a four-year-old reproductive calf?”

Reported cases of zoothanasia tend to be infrequent in the United States, since zoos are not legally required to report details of animals’ deaths to the public. Because zoos are motivated to keep these incidents quiet, for fear of public backlash, it could be that the actual number of zoothanasia cases are much higher. In a 60 Minutes report published in May 2018, the Detroit Zoo CEO Ron Kagan alluded to this, pointing out that the Association of Zoos and Aquariums doesn’t prohibit zoothanasia (known also as “culling”). When asked if he knows whether accredited zoos in the United States engage in this practice, he said he didn’t know – but admitted that it’s possible.

People everywhere are asked to observe a moment of silence at 12pm PST on February 9 in observance of the lives that have been and will continue to be lost to needless killing at zoos.

Demonstrations will be held at the Oregon Zoo, where Packy the elephant was zoothanized, and at the Los Angeles Zoo.

For details on the Oregon Zoo demonstration, see the Rally for World Euthanasia Day Event.

For details on the Los Angeles demonstration, see the Free Billy Rally Event.