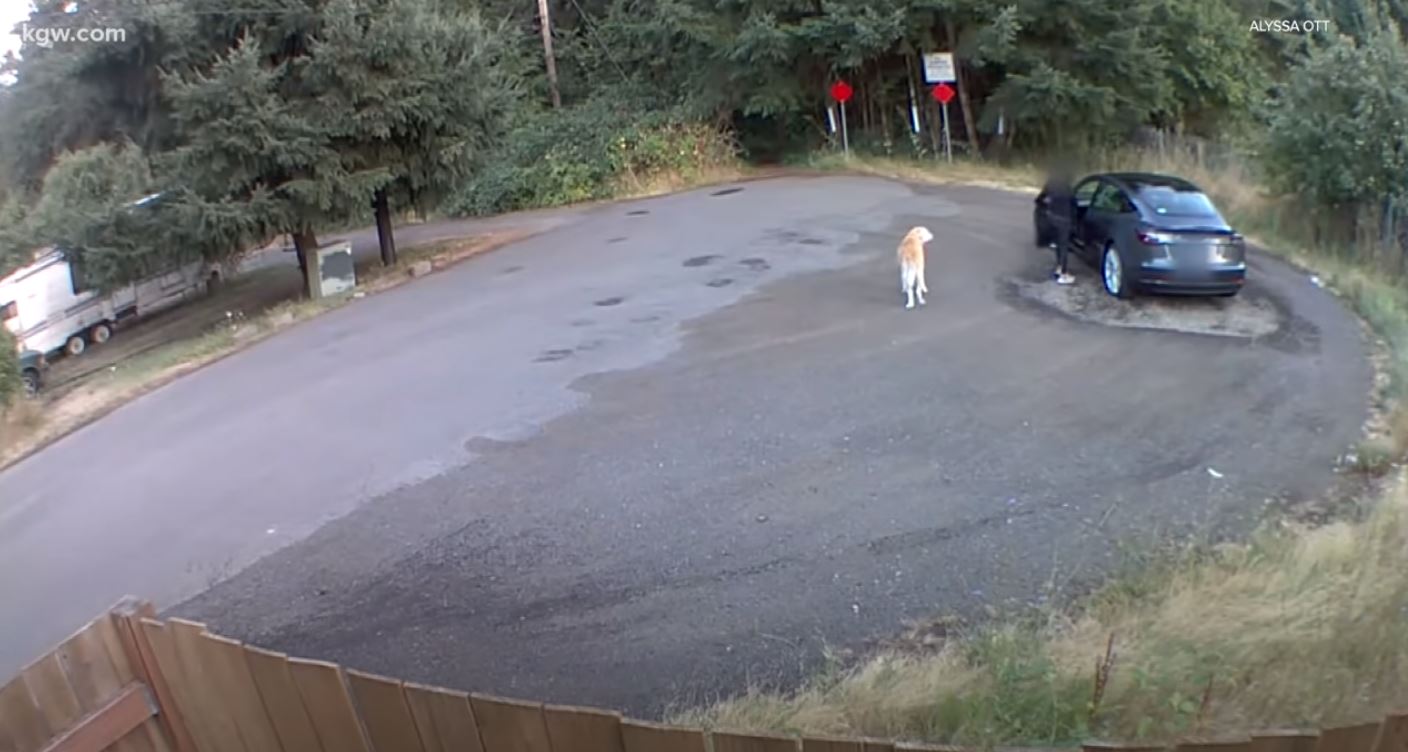 Karma was around when a woman recently dumped her senior dog at Orchards Community Park in Vancouver, WA.

The woman drove up and parked the Tesla (with Oregon plates), got out of the vehicle, opened the back door, and pulled her yellow Labrador out of the car. She then removed the dog’s collar and tossed it back into the car. 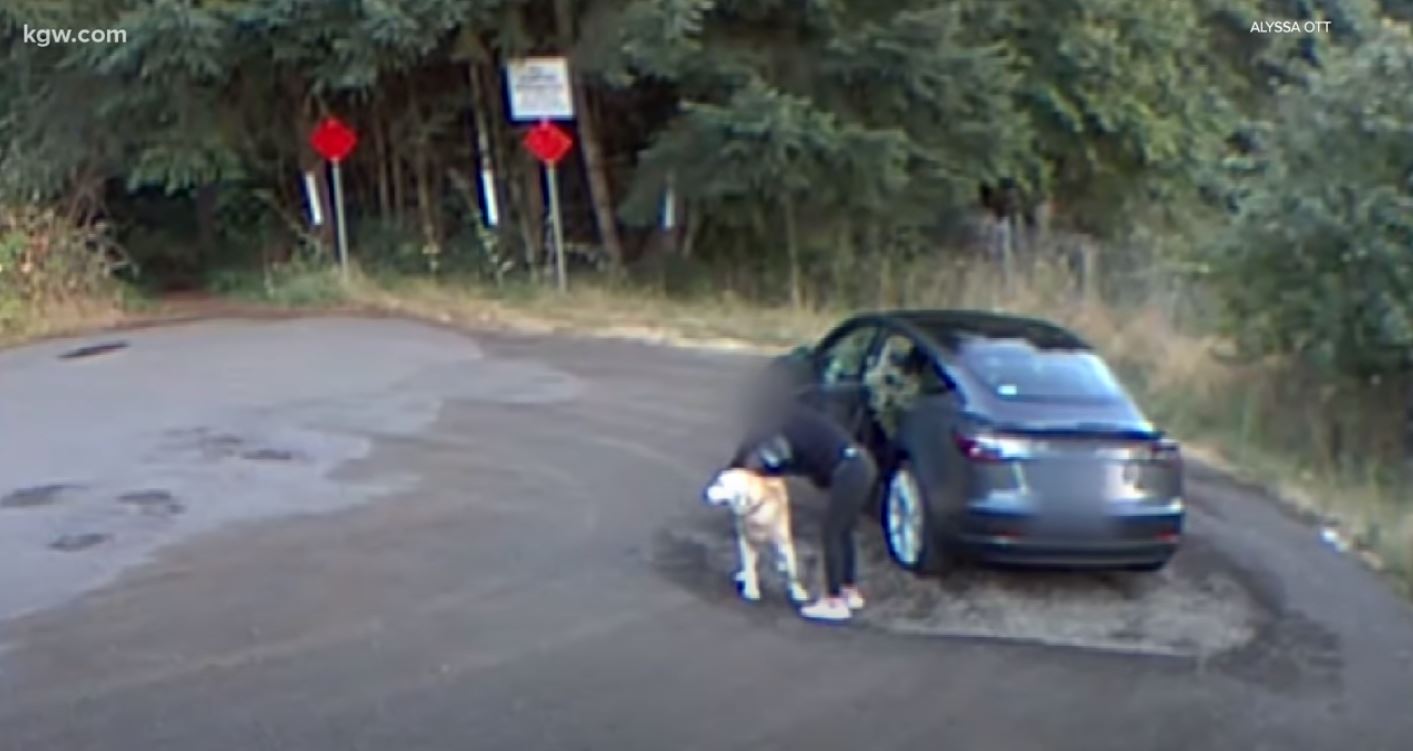 As the dog stood in the road, the woman returned to the car. However, she immediately got back out, and walked alongside him into the wooded area. She didn’t miss a beat as she quickly ran back to the car alone, got in, and drove off, abandoning her dog. 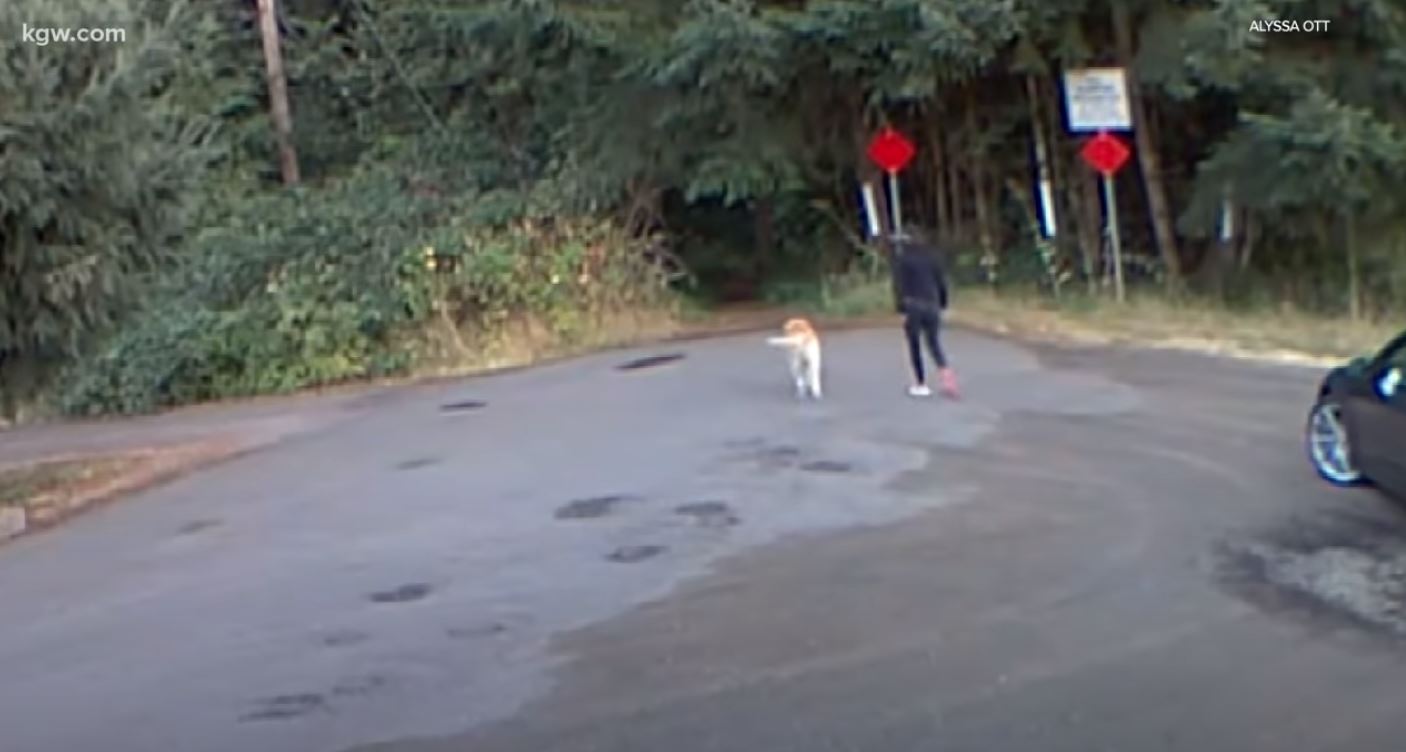 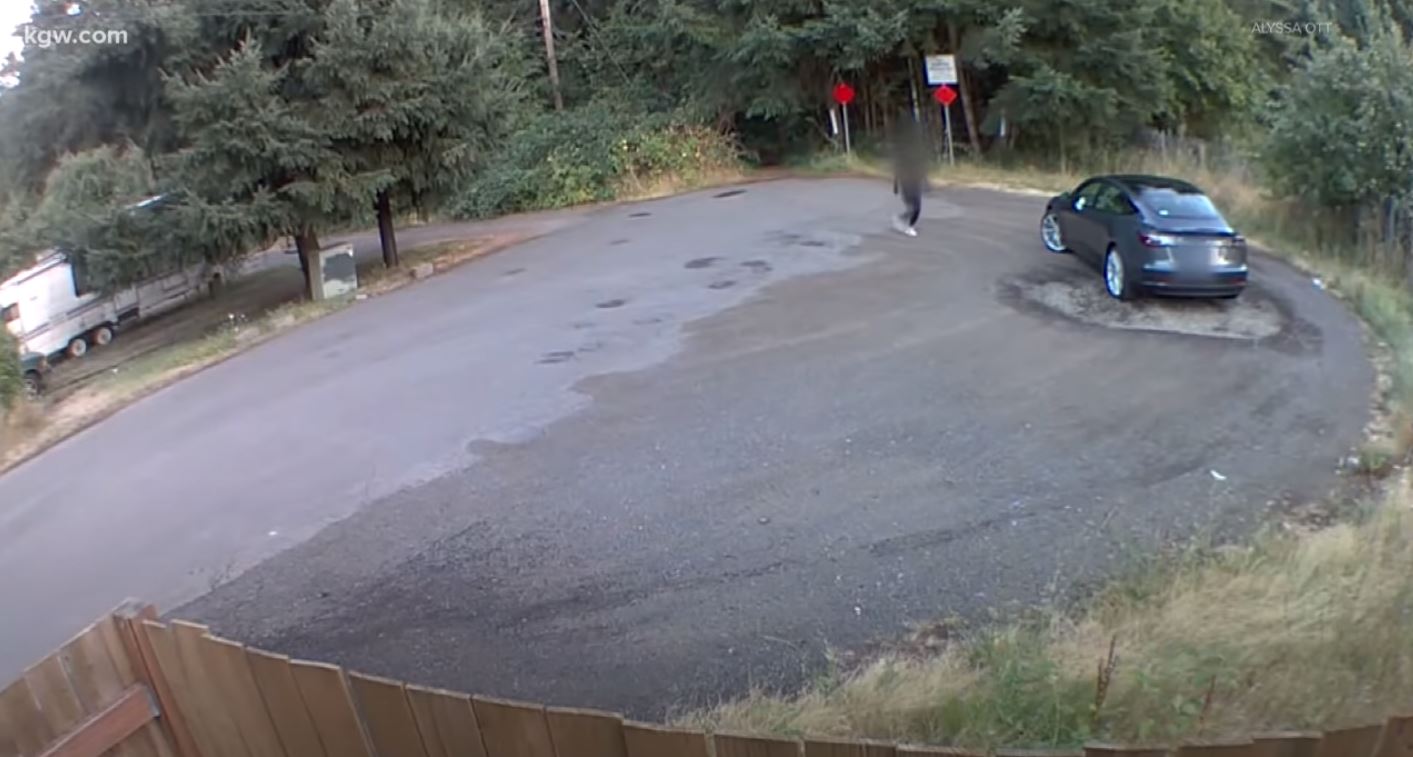 However, karma came in the form of a video taken by Alyssa Ott’s surveillance camera, which caught the entire scenario. And, like a good neighbor, Ott immediately called for help. Ott had a friend help get the dog and kept him safe until Keri-Lyn Jakubs, founder of local rescue I Paw’d It Forward, came to get him.

Henry was soon turned over to the Humane Society for Southwest Washington.

Clark County Animal Protection and Control was put on the case and has since identified the woman from the video. She was interviewed and will be cited for animal cruelty for abandoning her dog, Henry. She ultimately surrendered Henry, 13, who had been with the woman since he was a puppy.

Now Henry is safe in a foster home until he is released for adoption.

On Aug. 7. I Paw’d It Forward created a post about options if anyone needs to surrender their dog:

A post on the Humane Society for Southwest Washington’s Facebook post read, “Henry is staying with one of our foster families and has become good friends with their golden retriever. He will be spending a little more time in foster while our clinic team reviews his medical records and comes up with a treatment plan. Henry has a number of medical issues (as you might expect for an older lab).

“Thank you to everyone who has inquired and asked about him! He’s doing fine and we’re looking forward to seeing him placed with a new, loving family who will give him all the love he deserves. And when that day arrives, we’ll make sure to let you know.”

After all, he’s been through, it’s great to know that Henry will eventually have a happy ending and that nothing less than a loving home is in his future, a place where he can live out the remainder of his life far away from his former owner.

And, because Karma always says, “I saw that,” it’s not a good idea to mess with her or her animal friends.