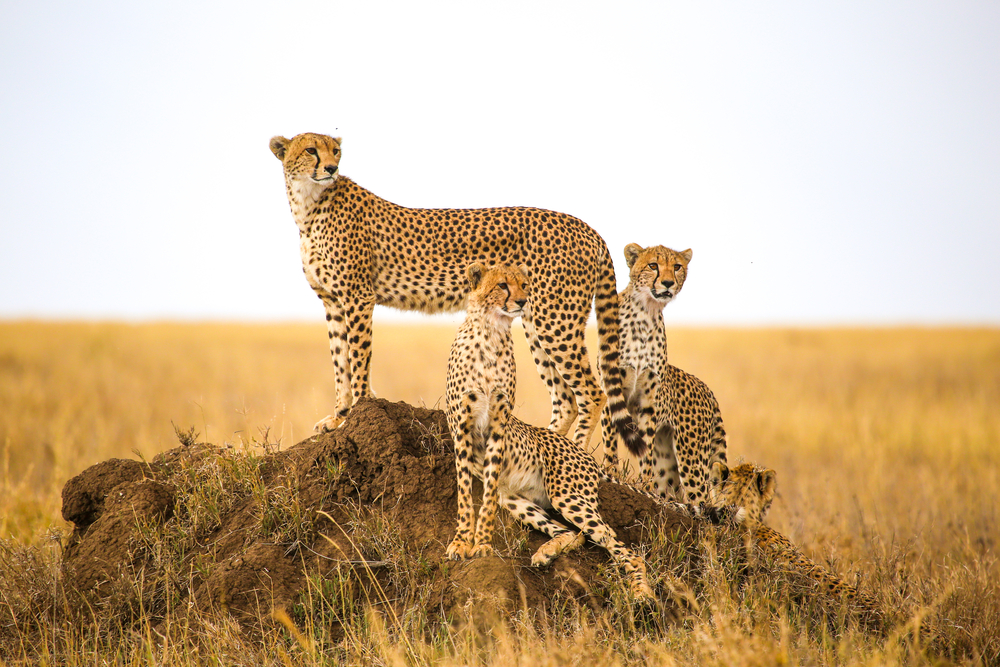 There are only 7,100 cheetahs left in the wild. They have vanished from 91 percent of their historic range in Africa and are extinct in Asia except for a small population of about 50 in central Iran. There are 100 individuals or less in 79 percent of cheetah populations. Cheetahs are threatened by hunters who kill them for their skins and the illegal trade which captures cubs and adults.

They’re also often killed by farmers even though they barely harm livestock, and they’re affected by the loss of prey due to human hunting or development.

Over 100 years ago there were 100,000 cheetahs in the wild, so 7,100 is a drastic drop. Yet cheetahs are only currently listed as vulnerable by the IUCN.

Cheetah skins don’t belong in people’s homes. They belong on cheetahs, and if more people respected that, they would be heading toward extinction. Big cats are also not pets. Wealthy collectors like to buy cheetahs and other wild animals to keep on a leash in captivity. This is not the kind of life these wild animals are meant to have.