How Kangaroo Populations are Mistreated in Australia 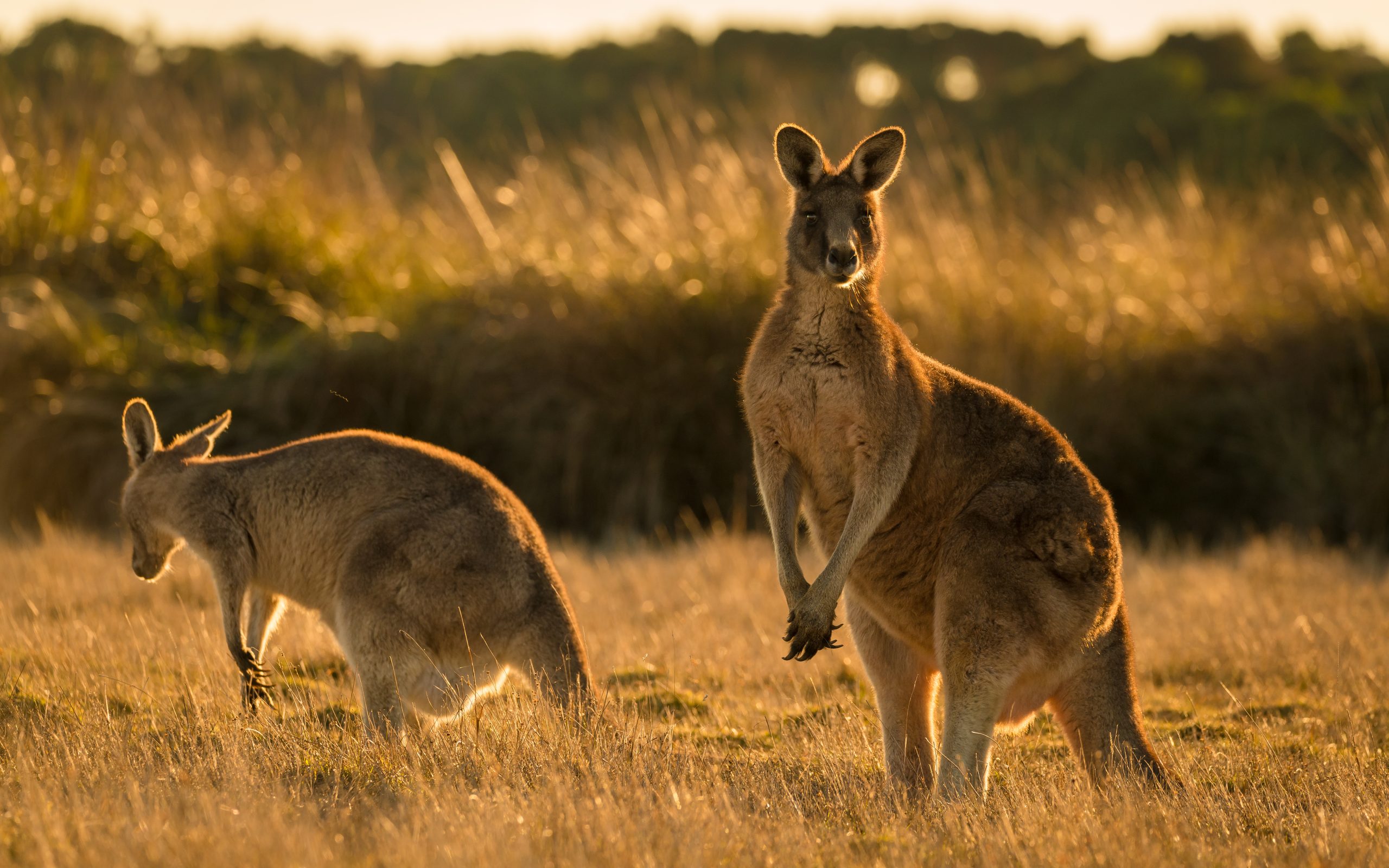 What images come to mind when you think of kangaroos? Giant marsupials with teeny babies in hidden pouches happily hopping around Australia? Maybe you picture their massive thigh muscles that propel them into the air? Well, those visuals aren’t wrong, but they also aren’t the whole story.

Kangaroos are considered pests in Australia. They are hunted, eaten, and used for their leather. The discussion surrounding kangaroo harvesting is a sensitive one intertwined with Australian culture, but they are still animals, and therefore should not be killed – especially in such high numbers.

While kangaroos aren’t farmed like chickens and cows are, they are commercially harvested. This means corporations and even individuals are allowed to hunt kangaroos in the wild to sell as meat in grocery stores and even as pet food.

There are four main species of kangaroos that are hunted; the red kangaroo, the eastern grey kangaroo, the western kangaroo, and the euro/wallaroo kangaroo. In the past 20 years, 90 million kangaroos and wallabies have been killed commercially. In 2018, the number of kangaroos allowed to be killed in New South Wales, Queensland, Southern Australia, and Western Australia was a staggering 6.9 million. That’s about 15% of their population. The actual death toll was 1.5 million, which is still incredibly high.

It’s Far Too Easy to Shoot a Kangaroo

As previously mentioned, kangaroos are considered pests in Australia. Until recently, it was easier to kill a kangaroo on private land than it was to shoot a feral deer in New South Wales. The NSW government introduced new regulations in August of 2018 that made getting a license to kill kangaroos on private property much easier. These regulations also allowed multiple shooters to operate on the same land simultaneously.

There are rules for killing kangaroos. For example, they must be shot in the head. However, as most of us know, there is no real way to humanely kill something that doesn’t want to die. Kangaroo babies, called joeys, are often killed by the hunters if their mother is shot.

We all know about cow leather, snakeskin, and exotic furs, but many people don’t know that kangaroos are also used for their leather. It’s estimated that Australia exports about $60 million worth of kangaroo meat and leather annually. Nike and Adidas are two of many brands that use kangaroo leather for some of their products.

The US Congress is considering a proposed law that bans kangaroo leather in the country. The Kangaroos Are Not Shoes campaign is also committed to stopping athletic shoe companies from using leather in their footwear.

The animal rights activist group, People for the Ethical Treatment of Animals (PETA) supports the campaign, “any move to stop kangaroos from being shot, their joeys from being pulled from their dead mothers’ pouches, and their heads from being bashed in — which is what kangaroo killers do — is a good one.”

Does Culture and Population Numbers Justify the Killing?

If you Google kangaroo harvesting and kangaroo leather, you’ll find several articles from giant publications supporting the unethical killing. U.S activists have been accused of “trying to halt an Australian way of life” by The New York Times and being uninformed about Australian culture. The kangaroo meat trade industry has also been praised for being sustainable by The Guardian. However, the reality is that there are other ways to manage kangaroo populations without killing masses of them. Spaying and neutering animals is much more ethical and helps manage population growth without culling.

Most people don’t know the gruesome side of Australia’s kangaroo population. The killing is often masked by charming reservations and jellybean-sized joeys. There’s no harm in enjoying this side. After all, kangaroos are incredibly intelligent animals. We just think more people need to know about the masses of kangaroos being killed annually. Like all animal agriculture, it needs to stop.

Sign this petition to tell Nike and Puma to commit to phasing out the use of kangaroo leather company-wide!