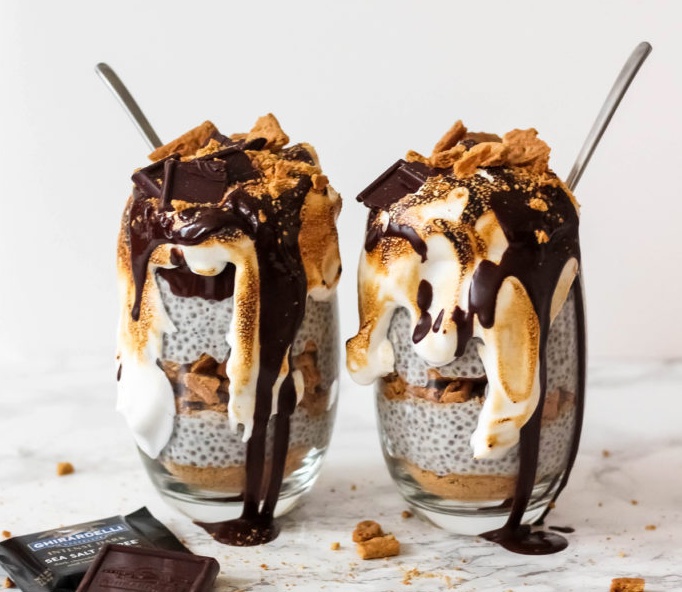 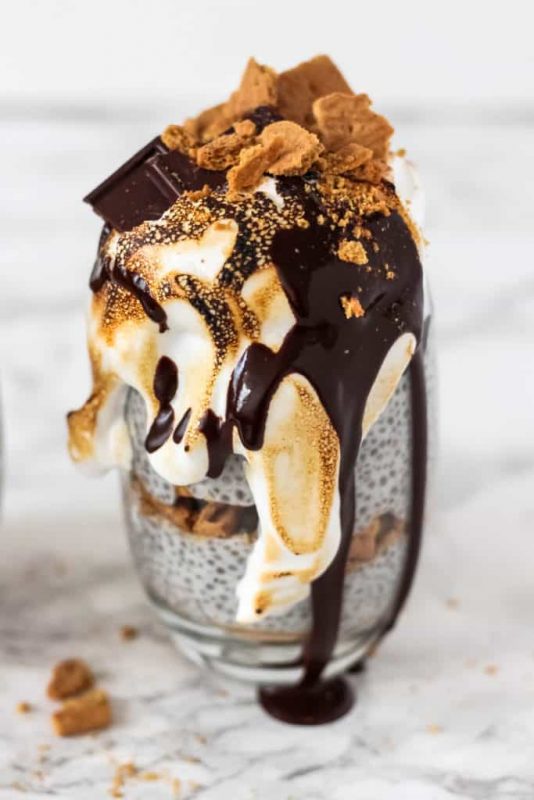 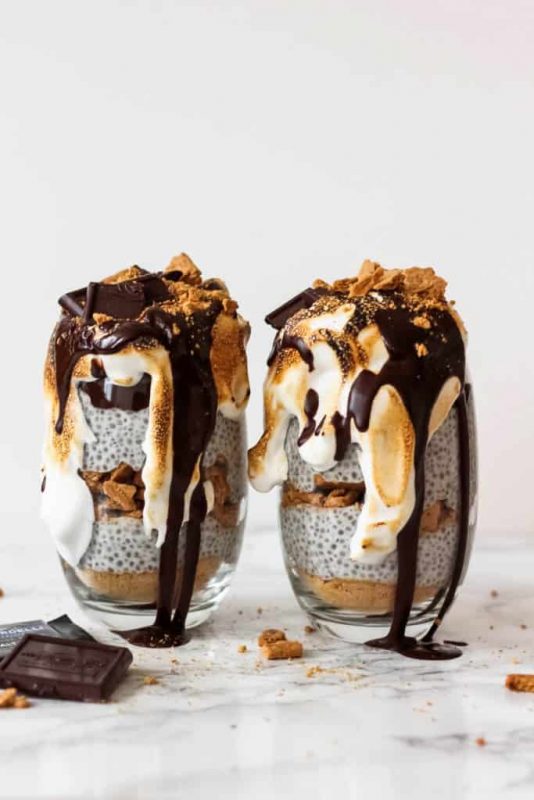 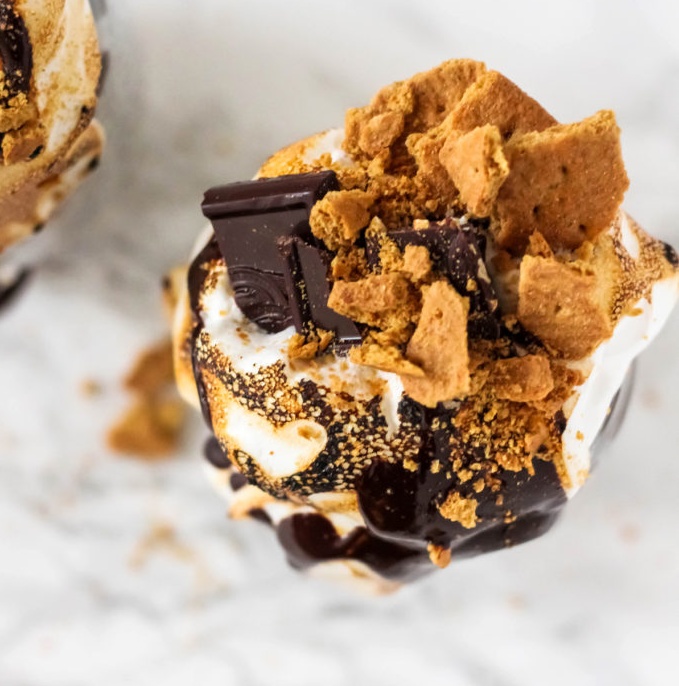 With very little prep time and a mouth-watering presentation, these S’mores Chia Pudding Parfaits (vegan) will be your new favorite breakfast!

For the Chia Pudding

For the Vegan Marshmallow Fluff

For the Chocolate Sauce

For the Chia Pudding:

For the Marshmallow Fluff:

My name is Angelina, and I am a recipe creator, food photographer, pastry chef, and health coach with 8+ years of experience. Baked Ambrosia is a blog dedicated to average home cooks where I share my nourishing (and mostly healthy) recipes and very necessary indulgences, along with my favorite products, health tips, and everything in between. My goal is to inspire readers to get into their kitchens and create mouth-watering food!