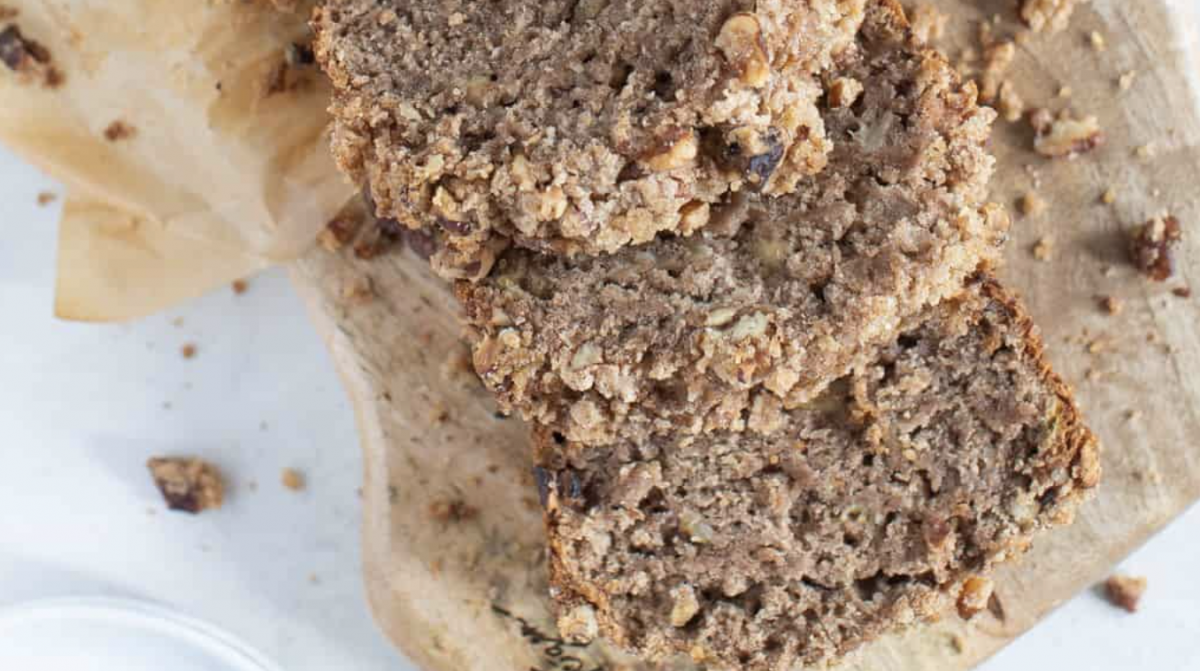 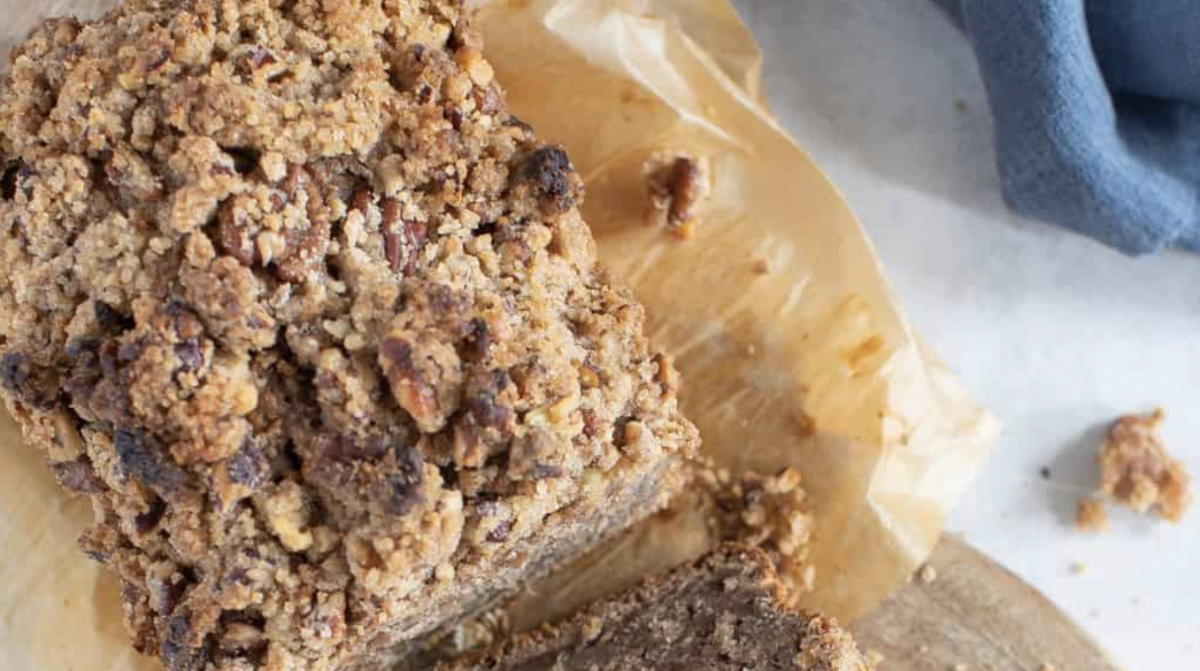 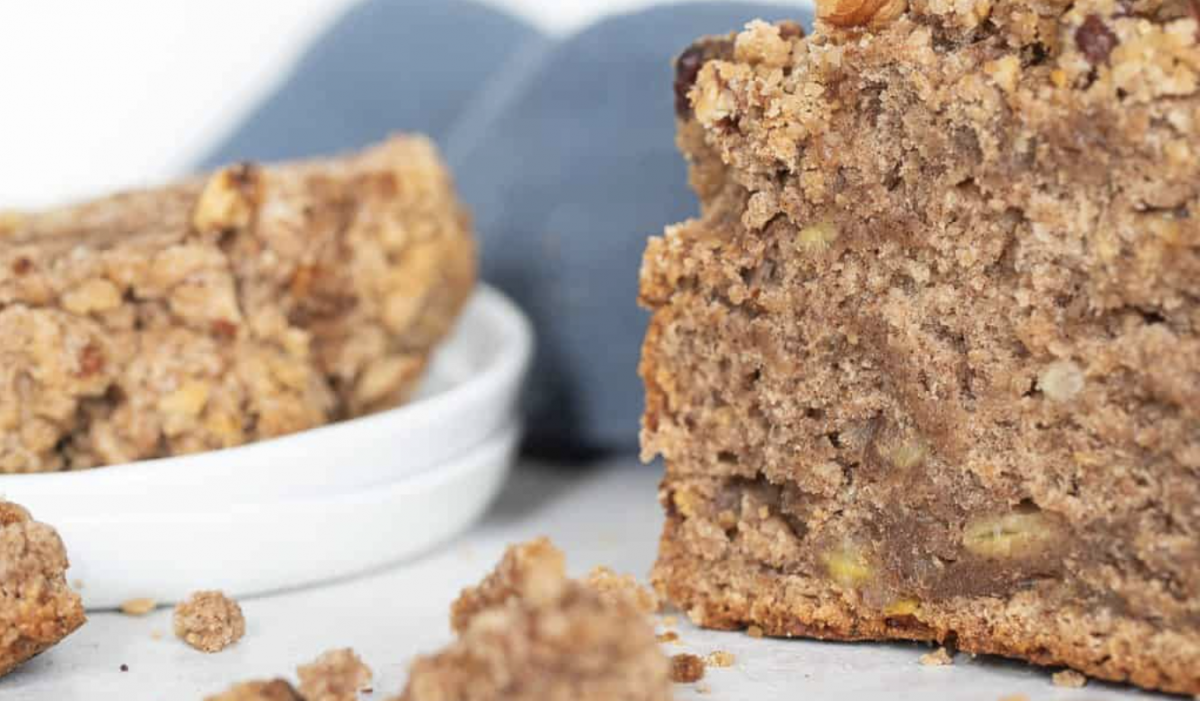 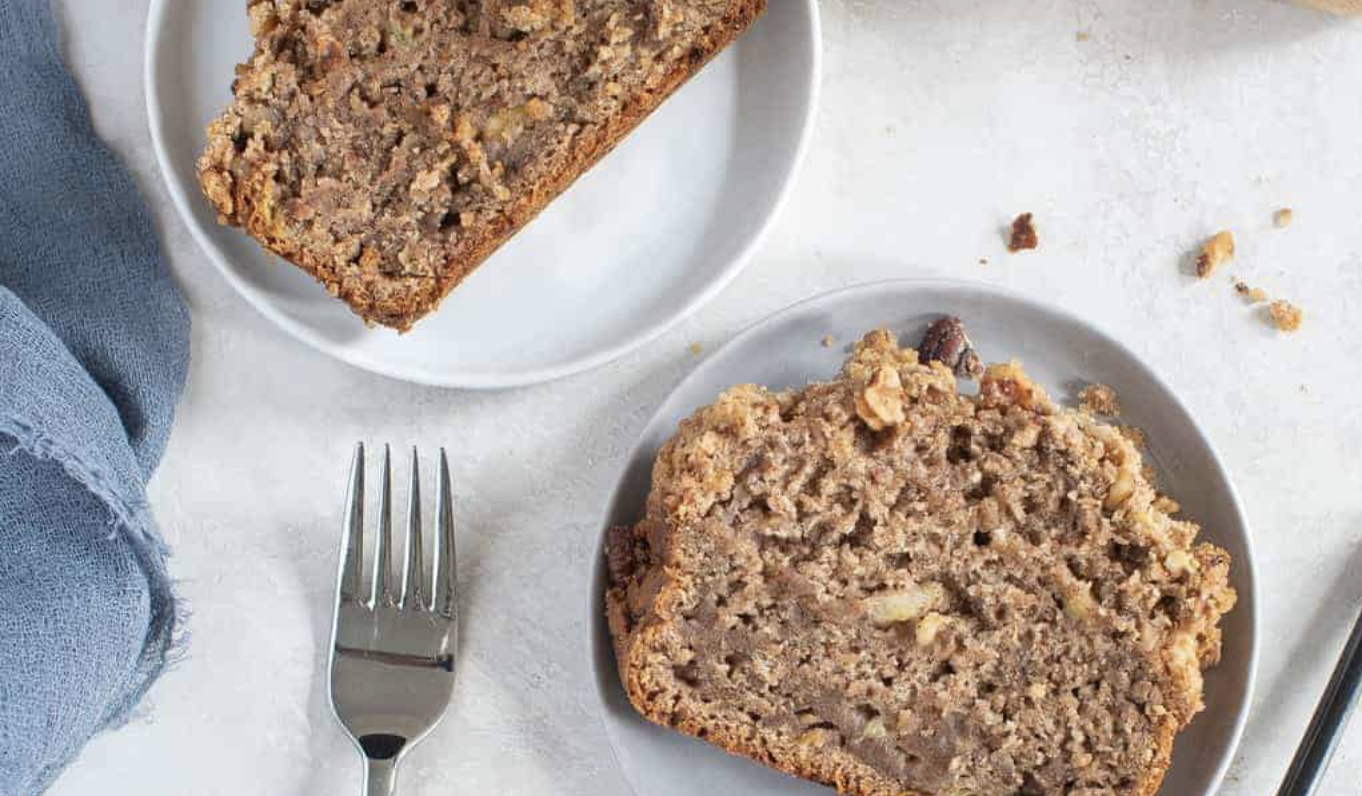 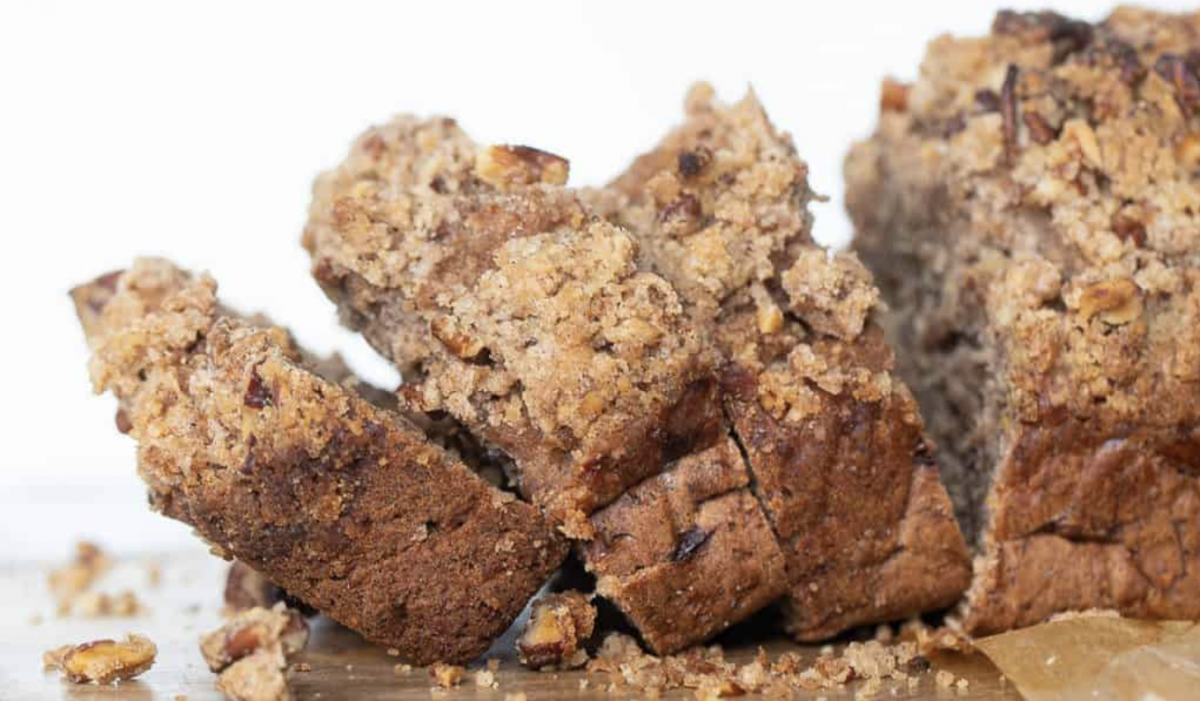 Vegan Cinnamon Crunch Banana Bread that is perfectly sweet and moist, is balanced between tender and crunchy, and 100% delicious! It takes less than 10 minutes to whip together and makes for a great healthy alternative for a little sweetness in the morning for breakfast or even for dessert. Yum!

For the Cinnamon Banana Bread:

For the Crumble Topping:

For the Crumble Topping:

Food Blogger and Recipe Developer, Shanika is a self‑taught cook and baker who has partnered with top brands to create comfort food and sweets with a healthy twist. On her blog, Orchids + Sweet Tea, you will find dairy‑free, gluten‑free, and vegan versions of your old and new favorites!