Facts About Sriracha, with Health Benefits, Tips, and Recipes 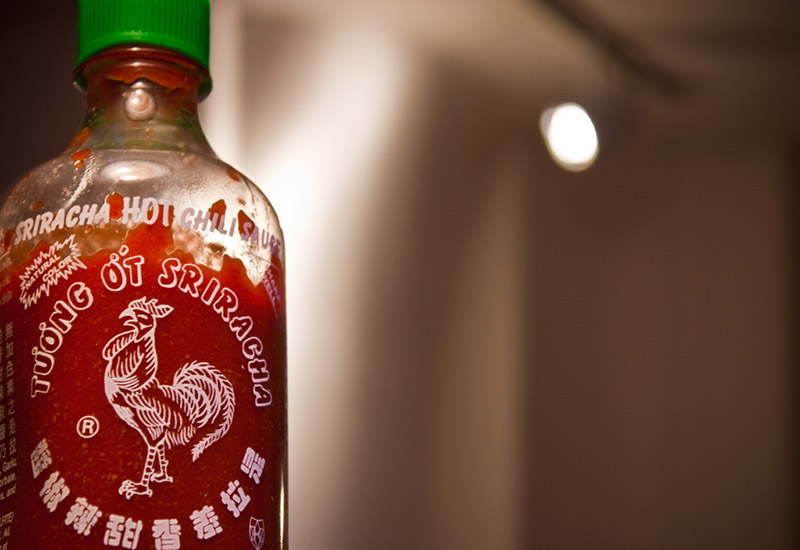 Is your food feeling a little bland lately?  Looking for something to give it that extra kick in the pants?  Then allow me  to introduce you to your new best frenemy: Sriracha sauce.  A decade ago, if you uttered the word “sriracha” to anyone on the street, you would likely be met with blank stares and suggestions about what you really meant.  Nowadays, it’s one of the more common additions to just about any dish.  Let’s face it, ketchup and mustard can get old after 15-20 years.  Sriracha can go great with just about anything, from noodles to pizza and even pancakes.  It is one of the most versatile condiments you can find.  Get ready to forget about ketchup for good.

Also known as rooster sauce in some circles, sriracha is a variety of hot sauce named after the coastal city of Si Racha, located in the Chonburi Province of Eastern Thailand, where it was first served at local seafood restaurants.  It is a paste made from distilled vinegar, sun-ripened chili peppers, garlic, salt, and sugar, and boasts a heat rating of 2,000 scoville units, making it less than half as hot as a jalapeño pepper, which can range from 2,500 to 10,000 units.  In Thailand, the sauce is sometimes known as sot Sriracha and other times only known as nam phrik (“fluid chili”) Sriracha.  Traditional Thai sauce is usually sweeter, tangier, and runnier in texture than non-Thai sauces, which often differ in flavor, texture, and even color.

Here in the United States, we know of only one brand of sriracha sauce, that of Huy Fong Foods.  The Los Angeles-based company, started by a Vietnamese immigrant named David Tran, has been bottling it since the early 1980s in that familiar plastic bottle with the green cap.  Sriracha has grown so much in popularity over the last several years that there are counterfeit products popping up, and it has been used for potato chips and in sub sandwiches.  It was also celebrated in a comic by The Oatmeal.

In addition to being a sweet, tangy, delicious variety of hot sauce, sriracha also boasts many different benefits for your health.  The red chili peppers it is made from contain capsaicin which is known to help boost metabolism and aid in weight loss.  Additionally, eating chili peppers is said to boost your endorphins, helping you feel happier and promoting serotonin, which can enhance mood and memory.  The garlic helps lower cholesterol and blood pressure levels.  If that’s not enough, sriracha can also aid in the body’s ability to dissolve blood clots, fight inflammation, improve circulation, and help you fight a cold by acting as an expectorant.

How To Enjoy Sriracha

How To Make Your Own

Enjoy!  Last but not least, if, after reading this, you decide to try this stuff for the first time, take a little at a time!  It is quite hot and may cause your eyes to well up and shed many heat tears.  Have lots of water handy!