Fact or Fiction? Soy Is Bad for Your Health 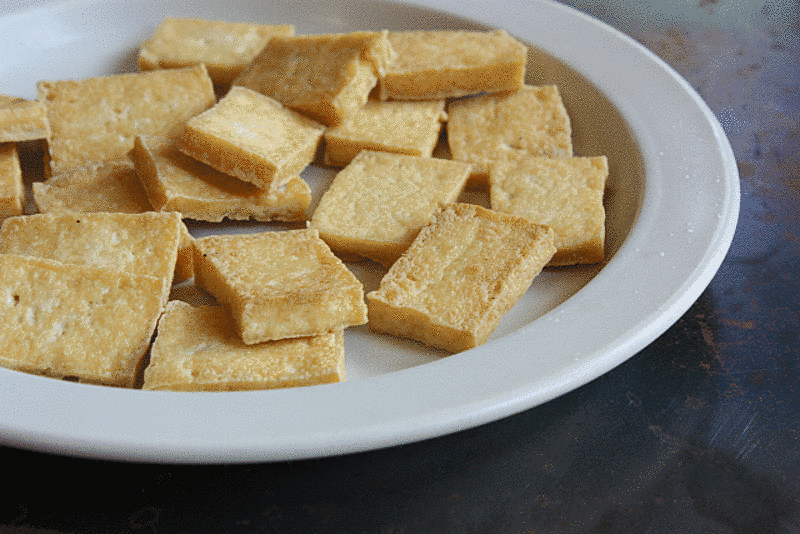 Fiction: All soy should be avoided

Like fellow legumes, soybeans are actually seeds; in this case, they are seeds of the glycine max plant. Soybeans are pale yellow or tan in dry form while the fresh form (edamame) boasts bright green pods. Historically called, the “meat of the field,” soy has been a key yet inexpensive source of protein for many worldwide.  This protein-rich legume has been a traditional part of diet in China, Japan, and Korea for thousands of years. If soy has been maintained as a dietary staple for so long, why then is there controversy over soy consumption today? Perhaps this can be attributed to the various agricultural and processing practices that have been developed. The culinary traditions in the East involving soy that have existed for dozens of generations are sufficiently lacking in Western countries today. In Asia, soybeans are consumed as whole foods in cooked, roasted, fermented, and sprouted forms. However, in the West, consumption of soy consists of highly processed forms following cracking, dehulling, crushing, or being subjected to solvent extraction in order to separate out the oil. These different processes in turn affect the metabolism of soy, creating controversy around consumption and health benefits.

Fact: Use processed soy and soy supplements with caution

Studies vary significantly between the use of whole soybeans versus the use of isolated soybean derivatives.

These products and derivatives produce mixed results in terms of health benefits.  High consumption of processed soy has actually been shown to promote disease risk. This may be because a component of soy, called isoflavones, can mimic estrogen in the body. Thus, isoflavones act as phytoestrogens. Isoflavones and phytoestrogens are not always detrimental to human health — negative repercussions only occur when a person has some health-compromising issue or when isoflavones and/or phytoestrogens are at an extremely high concentration in the body. Under these circumstances, the antioxidant, anti-inflammatory and anti-tumor properties of isoflavones can act in a way that become pro-oxidant, pro-inflammatory, and pro-tumor.

Frequent consumption (three or more servings per day) of these products and derivatives is discouraged of people with hormone-sensitive cancers such as breast, prostrate, uterine, or ovarian cancer. Furthermore, it is not recommended that pregnant and lactating women consume high doses of processed soy products. Tumor formation and hormonal changes may result in infants although this is based off of limited studies and more research needs to be done.

In addition, this type of soy may provoke thyroid problems if an underlying issues already exists. Soy can be referred to as a goitrogen, a term used to describe a substance that can cause enlargement of the thyroid gland. However, when enlargement occurs, it is because of many different factors combined. Processed soy products alone will not enlarge the thyroid but they can help contribute to this health issue. Isoflavones in processed soy have the ability to change certain thyroid cell events which in turn lead to biochemical changes and health consequences. Nevertheless, only those with preexisting thyroid conditions should take caution.

It is also worth noting that processed soy products have more phytates. Phytates are substances that can lessen absorption of certain nutrients, especially minerals.

If you pay attention to the form of soy, amount consumed, and personal health history, you can reap the all the benefits soy has to offer. Guess what would happen in terms of nutrition if Americans replaced their current intake of meat and dairy products with soy? All these benefits have been cited:

However, if soy did replace meat and dairy in the diet, protein intake would decrease. BUT, in most cases protein intake in the United States is nearly double the DRI so this slight decrease is not problematic. Besides, one cup of soybeans contains a whopping 60% of your daily value for protein anyway so no worries. Also, soy is loaded with unique protein peptides. There are defensins, lunasin, and glycinins, just to name a few. These little guys can help improve blood pressure regulation, control of blood sugar levels, and immune function. AND did you know that plant protein has a better track record for support of bone health than animal protein? Chew on that.

Before I start gushing more about all of the other health benefits of whole soy, let me throw out some examples of whole soy options so you can get a visual. There’s…

The American Diabetes Association, American Heart Association, and American Cancer Society all recommend legumes such as soy (in the forms listed above) as a key food group for preventing disease and optimizing health. Why wouldn’t they after this list of nutrients:

Although studies relating soy to disease prevention are limited, a few trends are starting to emerge which are inciting the need for further research. For example, epidemiological data suggests that dietary whole soy decreases the risk of breast cancer in women and prostate cancer in men as well as other types of cancers. Remember the tricky isoflavone risk found in processed soy? Well in whole soy, there’s an isoflavone phytonutrient called genistein that has beneficial antioxidant properties. Genistein is advantageous because it can increase the activity of a tumor suppressor protein which can lead to the delay of tumor formation, especially in the case of breast and prostate cancer. Fermented versions of whole soy (tempeh, fermented tofu, and miso) may even be more favorable for cancer prevention so make sure to choose fermented options every once in awhile. Furthermore, as mentioned above, soy comes with a health claim for lowering LDL cholesterol. Decreased LDL cholesterol is associated with reduced risk of cardiovascular disease. If you’re looking for more beneficial support, the American Dietetic Association has said itself that higher intake of soy (as a feature of vegetarian diets) may reduce chronic disease risk.

Overall, I hope that the message is clear– processed soy products and derivatives are not the same as whole soy products. There really should not be controversy. Whole and natural soy promotes many health perks while processed soy may have negative consequences. Isn’t this true of all things whole and processed?

Check out these great recipes for tofu and tempeh to get your whole soy fix!

***Note: Soybeans are currently grown in countries across the world including Brazil, Argentina, India, Paraguay, Canada, and the United States. Of these countries, the U.S. is the top producer. In fact, the U.S. plants 83 million metric tons across 75 million acres of land! Yet, for the past 30 to 35 years, all this soy has seldom been produced for the purpose of consumption by humans. Rather, nearly 99 percent of all this soy is grown for the production of soil meal (for animal feed) and soy oil. There is now a $20 billion industry around soybeans as an “oilseed” crop. Because of this high-stakes industry, about 90 percent of soy is genetically engineered. If you’re worried about GMOs in your kitchen, MOST DEFINITELY purchase  organic whole soy products.