Deep Veganism: A Movement Whose Time Has Come 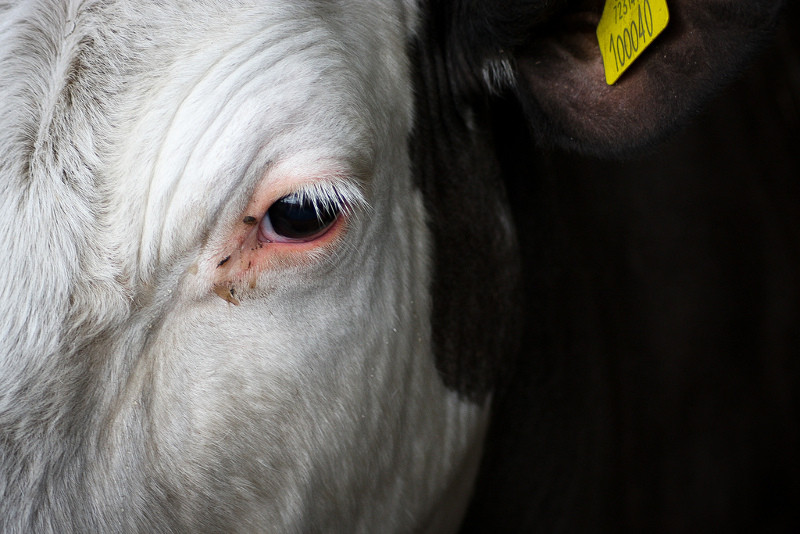 With every passing day, there are more of us self-identifying as vegans. As we increasingly learn about the health and environmental consequences, as well as the violence inherent in animal-sourced foods, the momentum of change builds. Given the dire effects of animal agriculture, both externally and internally, it’s now become clear that making an effort to encourage this transformational vegan movement is the most benevolent action any of us can undertake. The beauty of it is that every one of us has gifts we can contribute.

One thing that calls out for greater understanding, though, is what veganism actually is. In my 33 years of vegan living, I’ve come to see that like many things there are levels in veganism—stages we can go through on our vegan journey. At the surface level, and this is what motivates many of us in the beginning, we are concerned about our health. Through the valiant efforts of many health pioneers such as John McDougall, T. Colin Campbell, Caldwell and Rip Esselstyn, Neil Barnard, Gabriel Cousens, and popular films like Forks Over Knives, millions of people are learning about the undisputed health benefits of eating a whole-foods plant-based diet.

At the same time, in spite of industry efforts to conceal the ugly realities, we are gradually learning about the deleterious health effects and toxins inherent in animal flesh, dairy products, and eggs. Many of us who now call ourselves vegans are finding our weight normalizing, our energy increasing, and disturbing symptoms disappearing. But we will typically feel little compunction if we eat some fish, cheese, or meat occasionally because our motivation is primarily health-related, and cheating here and there is not going to matter too much. I’ve noticed over the years that in many cases, however, the motivation will deepen toward vegan compassion as time goes by. People who are no longer eating animal foods for health reasons often become more open to hearing about the violence routinely inflicted on animals for food and other uses, and upon making these connections, their motivation deepens beyond self interest to compassion for others. Now they are much less willing to cheat to fit into social situations, or to fulfill a craving.

Other people come to veganism because of their concern about cruelty to animals. They hear a news report about an undercover video of animal abuse, or watch a YouTube video, or read something and decide to become vegetarian or vegan because they don’t want to contribute to animal cruelty. Of course, milk is liquid meat as the saying goes, and so vegetarians consuming dairy and/or eggs are still contributing to cruelty and often see only marginal health improvements because of the toxins endemic to dairy products and eggs.

Those of us who move all the way to veganism because of animal cruelty concerns may still be at a relatively shallow level or early stage in our journey. First, there is the danger that our vegan diet will be relatively unhealthy. As a vegan, it’s easy with our industrialized food system to continue to consume large quantities of processed foods, GMO corn, soy, and canola, and unhealthy levels of sugar, salt, and fat, and therefore find our health suffering. If we fail as new vegans to make an effort to understand the foundations of healthy plant-based eating, we may find our health compromised, and at the hands of an often antagonistic culture of family, friends, and health professionals, find ourselves isolated and vulnerable to the inner and outer pressures to conform to the official stories and indoctrination rampant in our culture. If we’re able to progress past these initial pitfalls in our vegan journey and are successfully eating a healthy plant-based diet for ethical reasons, we may find ourselves at the stage where we become chronically angry at others for continuing to support animal cruelty by eating animal foods, and frustrated and grief-stricken just knowing about the immense suffering that no one seems to care about. This is a difficult place to be.

In a sense, we’ve gone beyond the shallow veganism of being only concerned about our health, or the knee-jerk reaction of going vegan because of being traumatized by watching an undercover video. But now we’re feeling angry and hurt, and are perceived by others as being judgmental, moody, unhappy, and condescending. Fortunately, we can move beyond this middle stage on the vegan journey, and there are many more stages of progress as we develop our experience and understanding. Deep veganism arises in us as a heart-felt aspiration to embody lovingkindness in all of our relations with others, both human and nonhuman. It emerges as a sense of vast inclusivity. We realize that people who are not yet vegan have been wounded by pervasive cultural programming that has in many ways shut down their natural wisdom and compassion from birth. We see that we have all be wounded by the meat rituals and our culture’s food program that desensitizes us and breeds exclusivism, elitism, disconnectedness, commodification, competition, and self-centeredness. Deep compassion begins to grow in our hearts for all living beings and our interconnected suffering. We begin to yearn more than anything to embody the liberating truth-essence of veganism in every thought, word, and action.

As long as we see veganism as merely a reaction to the violence inherent in our culture, we will be caught in the shallows, and somewhat ineffective as individuals and as a movement. As we go deeper and realize that veganism—the compassionate and utterly transformative alternative to the status quo—is our future beckoning, we will be able, like the caterpillar, to open to a deep change in our way of being and relating to others. As articulated by Donald Watson when he coined the word in 1944, veganism is the aspiration to radical compassion for all sentient beings. It is not an outer rule but the fulfillment of our own values. As each of us awakens the yearning to fulfill our potential for freedom, justice, and being part of an awakening of human consciousness, we increasingly embody vegan values, and we no longer convince by our arguments, but by our presence. When we reach a critical mass of people authentically embodying veganism as compassion for all, then we’ll manifest a vegan (r)evolution to a world where peace, abundance, and care for all beings is not just possible but natural. This will be unstoppable because it reflects our true nature. I have no idea what that critical mass actually is, but I have a feeling that our attaining it depends on me. On all of us me’s who each, in our unique way, can hear the call to more fully embody vegan living. There’s no greater gift we can give the world than this.